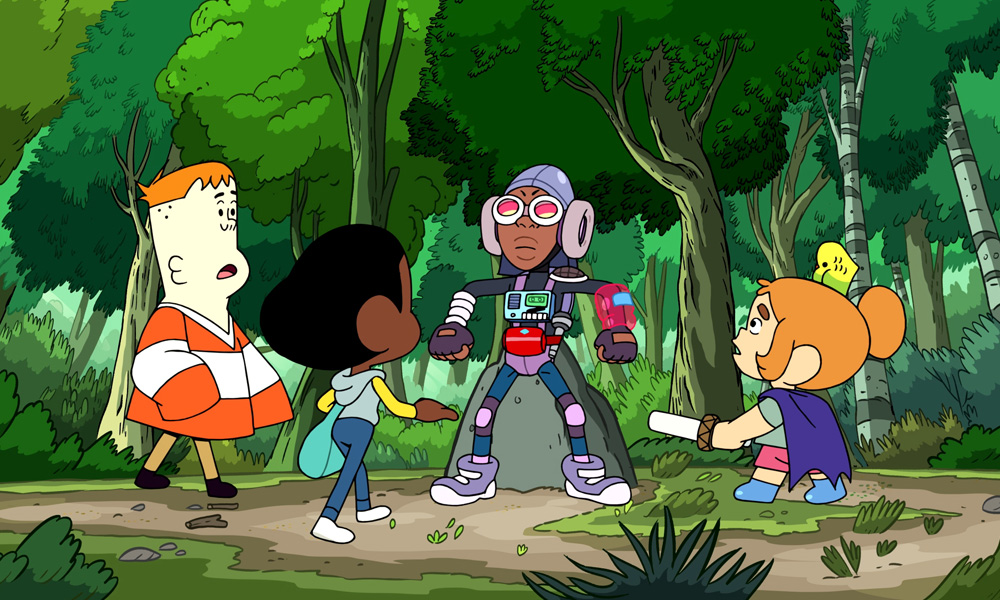 Hip hop icon Del The Funky Homosapien arrives from the future to kick it old school in an all-new episode of Cartoon Network’s Craig of the Creek this Monday, October 1 at 5 p.m. ET/PT. In “The Kid from 3030,” the performer voices his alter-ego Deltron 3030 — a robot kid from the future. When Craig, J.P. and Kelsey encounter him in the woods, they quickly resolve to help Deltron complete his mission: collect “ancient” cassette tapes and save the future!

The episode features three original songs written by Del and his longtime collaborator Dan the Automator specially for the show.

“The Kid from 3030” is also available now on the CN app and various TV providers’ VOD/On Demand streaming platforms.

Craig of the Creek follows the precocious Craig as he leads his best friends J.P. and Kelsey on comical journeys at their neighborhood creek, transforming everyday afternoons into thrilling expeditions through imaginative play. The Cartoon Network original series is co-created by three-time Emmy-nominated Steven Universe writers Matt Burnett and Ben Levin.