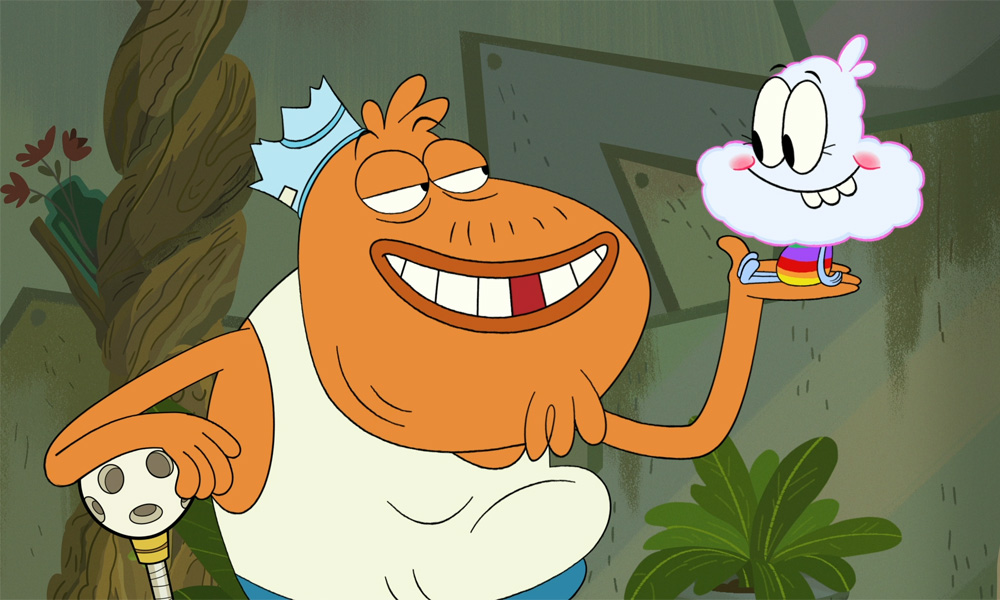 Tony Award-winner Billy Porter (Kinky Boots) joins the cast of Nickelodeon’s original animated series Middlemost Post as the Recycle King in an all-new episode premiering Friday, July 16 at 7:30 p.m. (ET/PT). Porter guest stars as the eccentric king of a recycling center who uses the gift of song to teach others that everything has its place in a world of waste.

In “BURT! The Musical,” Angus accidentally throws away Parker’s friend, Burt, who is made from old boxes and recyclable goods. The two venture away from their everyday tasks to visit Greenwood’s Recycle King (Porter) in hopes of finding their lost friend. However, the musically inclined King does not want to give up Burt, so the duo must come up with an elaborate plan to steal him back.

Middlemost Post follows a former rain cloud, a brawny mailman and their magical pet walrus as they deliver packages to the unusual inhabitants of Mount Middlemost. Produced by Nickelodeon Animation Studio, new episodes will continue to debut Friday nights on Nickelodeon and premiere internationally in the fall. 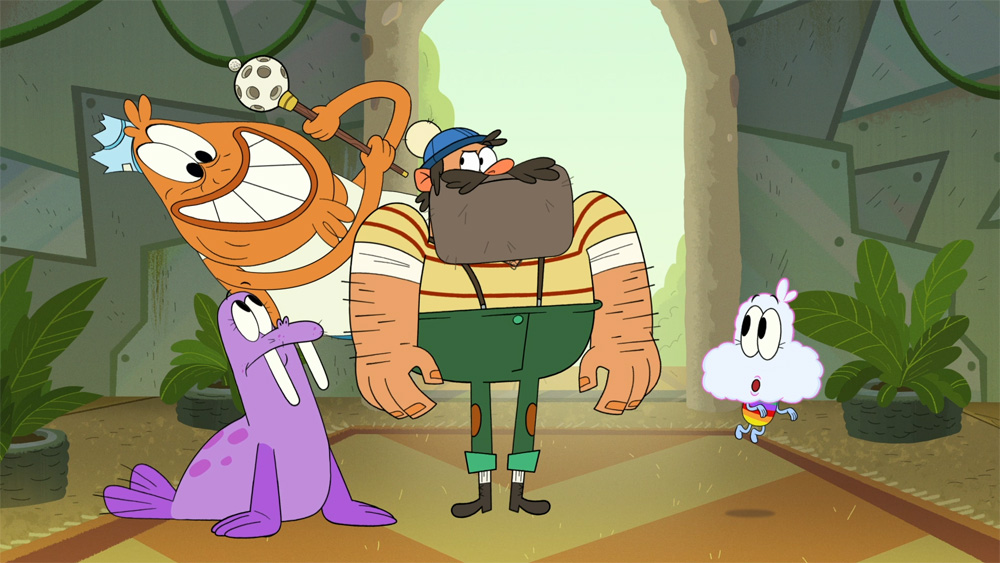 The voice cast includes Becky Robinson (Kipo and the Age of Wonderbeasts) as Parker J. Cloud, an exuberant, relentlessly kind, overly eager and, most of all, pliable cloud whose desire is to spread cheer; John DiMaggio (Futurama) as Angus Roy Shackelton, Parker’s boss and proprietor of the Middlemost Post; Kiren (Raising Hope) as Lily, Parker’s best friend and master inventor; Colton Dunn (Superstore) as Mayor Peeve, the petty Mayor of the city of Somewhere locked in a petty, one-sided feud with Angus; and Johnny Pemberton (In the Loop) as Ryan, Mayor Peeve’s loyal assistant.

Read more about the series in Animation Magazine‘s story from the August issue here! 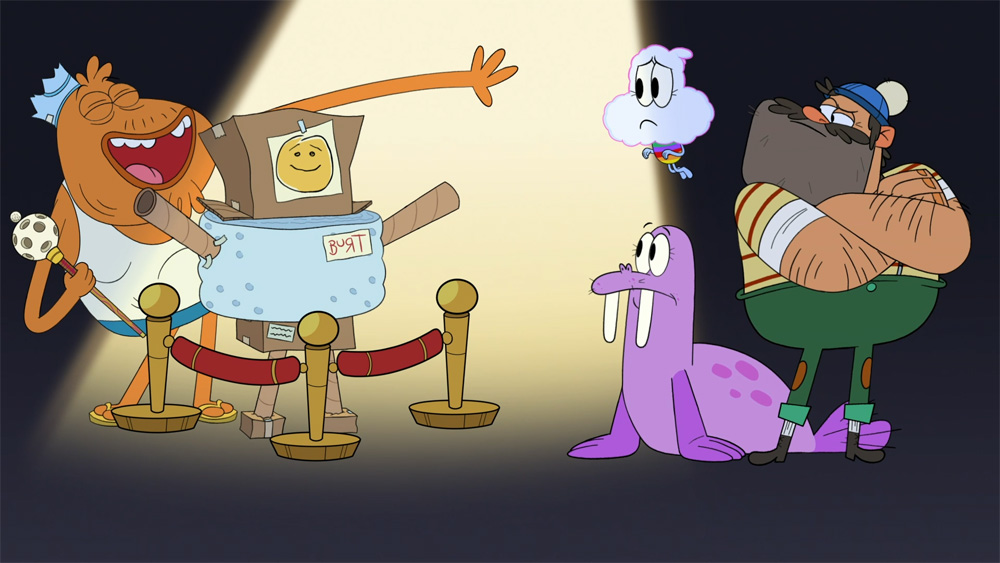