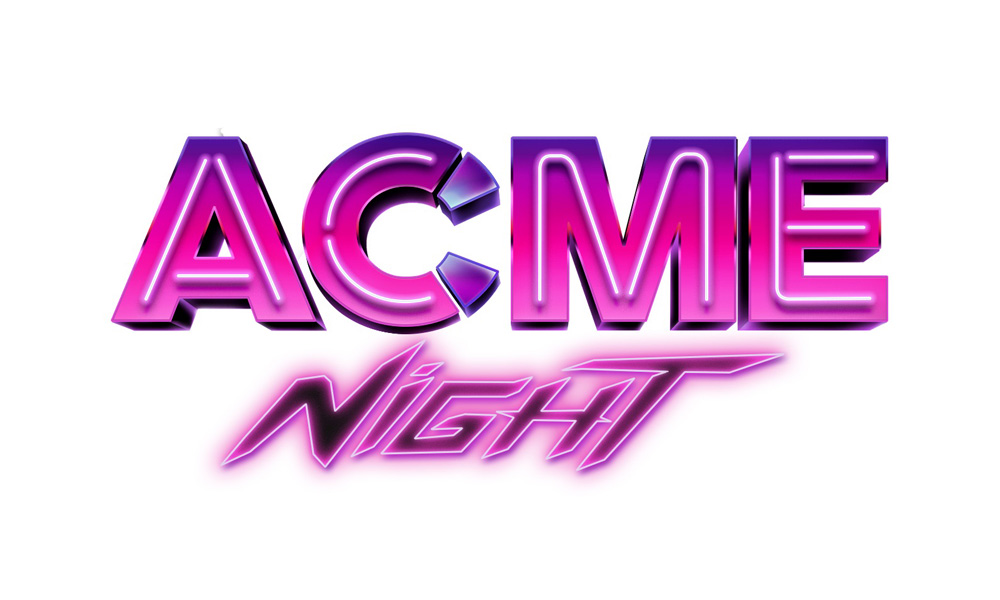 WarnerMedia Kids & Family announced today the launch of ACME Night, an ultimate entertainment destination for families every Sunday starting Sept. 19 at 6 p.m. ET/PT on Cartoon Network. The newest programming block, named after the fictional corporation made famous by the Road Runner and Wile E. Coyote cartoons, kicks off with the premiere of the Warner Bros. hit DC superhero feature film, Shazam. ACME Night will start off every week with family friendly blockbusters that include Man of Steel, Teenage Mutant Ninja Turtles, Sherlock Gnomes, Detective Pikachu, Scoob! and more.

As part of the WarnerMedia Kids & Family content commitment to appeal to everyone in the household, ACME Night will be reserved for families to sit down together every Sunday beginning at 6 p.m. ET/PT for a lineup of library favorites and upcoming new originals. ACME Night programming will also be available on HBO Max starting next year.

“In the world of ACME anything, and I do mean anything, is possible,” said Tom Ascheim, President of Warner Bros. Global Kids, Young Adults and Classics. “We know families want to spend time together, so we’ve created a destination for multigenerational stories that pull families together through the power of imagination.”

Alongside a lineup of previously announced series and specials that include a Harry Potter Wizarding World Competition Event Series, Gremlins: Secrets of the Mogwai, Genndy Tartakovsky’s Unicorn: Warriors Eternal and others, WarnerMedia Kids & Family has also greenlit a slate of original animated movies from Warner Bros. Animation that will add to ACME Night’s family programming roster. 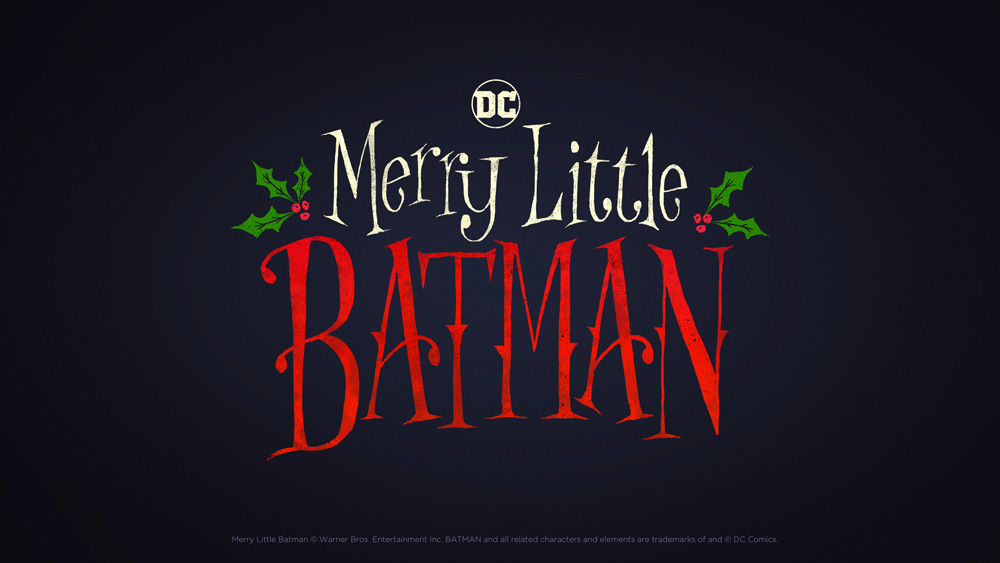 Merry Little Batman: An animated family action comedy destined to join the rogues’ gallery of classic holiday movies. When a six-year-old Damian Wayne finds himself alone in Wayne Manor, he must transform into “Little Batman” in order to defend his home and Gotham City from the crooks and supervillains intent on destroying Christmas.

Produced by Warner Bros. Animation and based on characters from DC, Merry Little Batman is executive produced and directed by Mike Roth (Regular Show) from a screenplay by Morgan Evans (Earth to Ned). 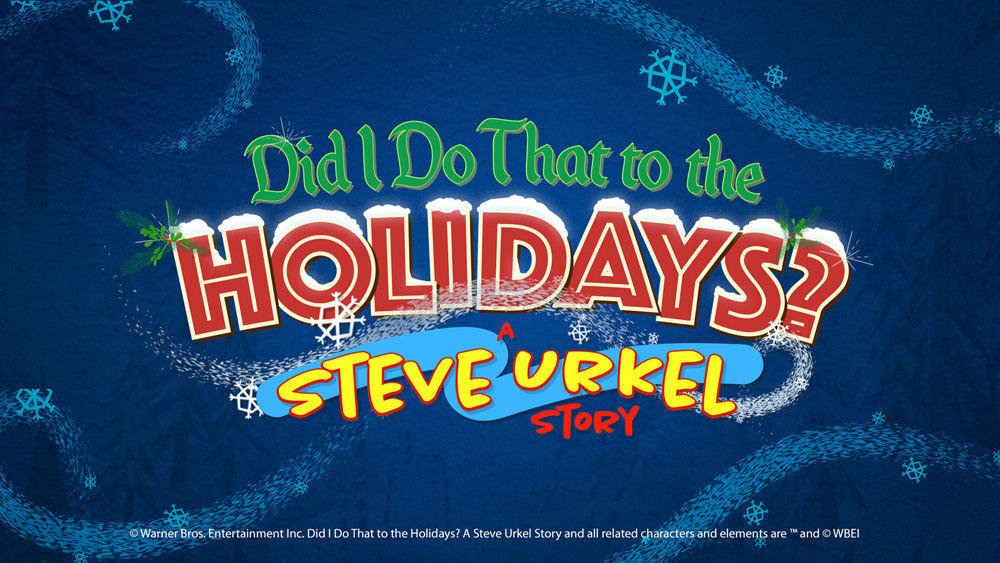 Did I Do That to the Holidays? A Steve Urkel Story

The holiday season has arrived, and brilliant but accident-prone Steve Urkel has already ruined his local celebration by publicly humiliating a shopping mall Santa. In his attempt to make things right and score some nice points with the big guy in the North Pole, Steve creates an invention that only makes things worse. Using his big brain and even bigger heart, Steve must find the real Santa to see if together they can help the city rediscover the holiday spirit. Jaleel White serves as producer and will also reprise his iconic performance by voicing the beloved super genius.

Produced by Warner Bros. Animation, Did I Do That to the Holidays? A Steve Urkel Story is written by Wyatt Cenac. Bryan Newton (Rick and Morty) serves as supervising director.

Untitled Looney Tunes Cartoons Movie: Planet Earth faces the threat of an alien invasion and humanity’s only hope lies with Porky Pig and Daffy Duck! Starring the classic animated odd couple, this sci-fi buddy action comedy turns Porky and Daffy into unlikely heroes when their antics at the local bubble gum factory uncover a secret alien mind control plot. Against all odds, the two are determined to save their town (and the world!) … that is if they don’t drive each other crazy in the process.

Aquaman: King of Atlantis: The three-part animated mini-series event begins with Aquaman’s first day on the job as king of Atlantis and he’s got a LOT of catching up to do. Luckily, he has his two royal advisors to back him up – Vulko the scholar and Mera the water-controlling warrior princess. Between dealing with unscrupulous surface dwellers, elder evils from beyond time and his own half-brother who wants to overthrow him, Aquaman is going to have to rise to the challenge and prove to his subjects, and to himself, that he’s the right man for the trident!

Batman: Caped Crusader: This all-new animated series and reimagining of the Batman mythology comes to life through the visionary lens of executive producers Bruce Timm, J.J. Abrams and Matt Reeves. Based on the DC characters, and produced by Warner Bros. Animation, Bad Robot Productions and 6th & Idaho, this powerful creative partnership will once again reinvent Batman and his iconic rogues’ gallery with sophisticated storytelling, nuanced characters and intense action sequences all set in a visually striking world.

(Fans can get more info and catch sneak peeks at Batman: Caped Crusader and Aquaman: King of Atlantis during the virtual DC FanDome expo in October.)

Gremlins: Secrets of the Mogwai: In the animated television adaptation, we travel back to 1920s Shanghai to reveal the story of how 10-year-old Sam Wing (future shop owner Mr. Wing in the 1984 movie) met the young Mogwai called Gizmo. Along with a teenage street thief named Elle, Sam and Gizmo take a perilous journey through the Chinese countryside, encountering (and sometimes battling) colorful monsters and spirits from Chinese folklore. On their quest to return Gizmo to his family and uncover a legendary treasure, they are pursued by a power-hungry industrialist and his growing army of evil Gremlins. Gremlins: Secrets of the Mogwai is produced by Amblin Television in association with Warner Bros. Animation.

Harry Potter Wizarding World Competition Event Series: To commemorate the 20th anniversary later this year of Harry Potter and the Sorcerer’s Stone, this new upcoming limited event special will help to find some of the biggest self-proclaimed Harry Potter fans to celebrate and test their Wizarding World knowledge. Produced by Warner Bros. Unscripted Television in association with Warner Horizon, the limited series will include four one-hour quiz challenges and premiere later this year.

Unicorn: Warriors Eternal: From Emmy Award-winning creator Genndy Tartakovsky, Unicorn: Warriors Eternal follows a team of ancient heroes protecting the world from an ominous force. Throughout history, unicorns have symbolized the virtuous, appearing to ensure that goodness reigns. When the reawakening of our heroes comes too early, they find themselves in the bodies of teenagers. Damaged as a result, their memories of who they are and the history of the unicorn over the centuries have been lost, with some of their magical abilities weakened and fragmented. Not only do they have to protect the world against the prevailing darkness, they have to do it while navigating the unexpected laughs and humor that come with teen angst and emotions.