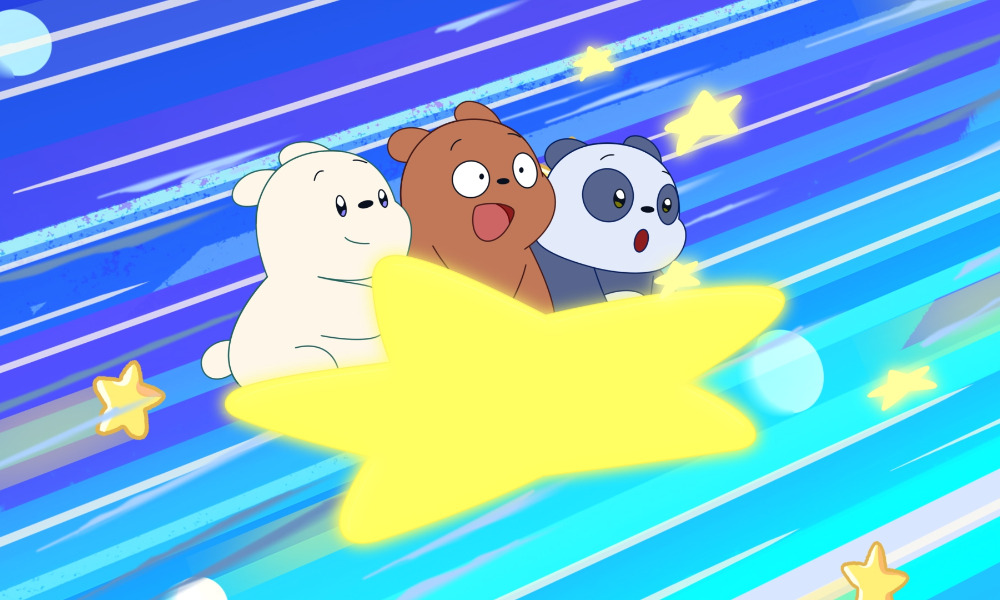 The search for a new home continues as WarnerMedia Kids & Family announced a second season pickup of We Baby Bears for HBO Max and Cartoon Network. Produced by Cartoon Network Studios, the recently launched animated series features the lovable baby brothers Grizz, Panda and Ice Bear as they traverse whimsical lands on their search for a place to settle in. We Baby Bears premiered on Cartoon Network earlier this month and is available on HBO Max today (Monday, January 31).

We Baby Bears was Cartoon Network’s #1 rated telecast for the week ending Jan. 2 and gave the network its highest rated Saturday since April 2021 (Linear Nielsen Media Research K2-11 / K6-11 L+SD). A promising launch on both linear and social, We Baby Bears reached 6 million total viewers across all telecasts on Cartoon Network through Jan. 23. Plus, the full episode of We Baby Bears available on YouTube surged to over 7 million views as of Jan. 28 (YouTube Analytics).

“Since its launch, We Baby Bears has been delivering stellar creative and performance highs. We knew the audience would follow these superbly cute brothers anywhere they go!” said Amy Friedman, Head of Kids & Family Programming, Warner Bros. “Cartoon Network Studios made yet another show with originality, hilarity, and heart. Not your typical babies, the new season takes the bears to more fantastical places with even more colorful characters, told in an epic and modern way.”

Additionally, the release of the music video for the series theme song performed by Universal Music Korea K-Pop supergroup, TRI.BE, garnered over 11 million views across all social posts globally. TRI.BE aims to convey messages of inclusion and self-empowerment aligning with the themes found in We Baby Bears. The group is the first of its kind with members speaking and singing in four languages: Chinese, English, Japanese and Korean. Their first mini-album, Veni Vidi Vici, was released last year.

We Baby Bears is executive produced by Daniel Chong and Manny Hernandez. Calvin Wong (Regular Show, Close Enough) is on board as showrunner for season two. We Baby Bears follows the magical adventures of Grizz (Connor Andrade), Panda (Amari McCoy) and Ice Bear (Max Mitchell) as they travel in a magical box to fantastic new worlds searching for a place to call home. Along the way, they meet new friends, learn a few lessons and discover that “home” can mean wherever they are, as long as they’re together.

Read all about We Baby Bears in our story from February issue of Animation Magazine here.