Disney XD is celebrating the summer with a Show Me the Shark event, and has invited animated series Wander Over Yonder and Randy Cunningham: 9th Grade Ninja to the party.

The animated folks take over the party on July 19, with two premiere episodes the network describes as follows: 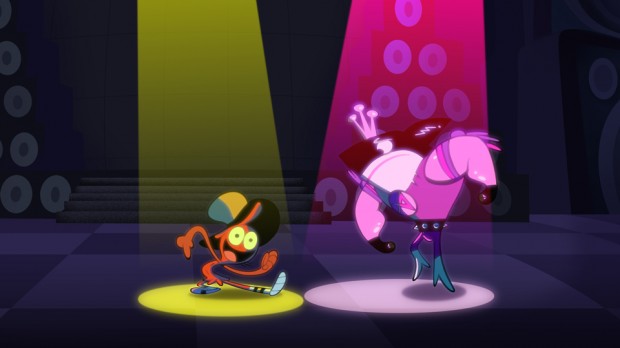 Wander Over Yonder – “The Party Animal”

Wander Over Yonder, “The Party Animal” (11:15-11:30 a.m. ET/PT). Sylvia tries to stop Emperor Awesome from destroying a planet with his partying and party-loving Wander from joining in the festivities. Rated TV-Y7. 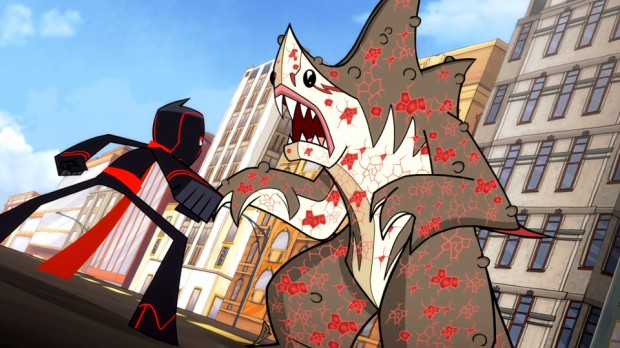 Randy Cunningham: 9th Grade Ninja, “On the Poolfront / Flume-Igation” (11:30 a.m.- noon ET/PT). “On the Poolfront” – On the hottest day of the year, Mort Weinerman is finally able to build Randy and Howard’s dream pool, thanks to his new promotion he received for building a Ninja that destroys robots for McFist. “Flume-Igation” – When Randy and Howard don’t want to admit they are too scared to ride Norrisville’s newest waterslide, the Ninja sabotages it and inadvertently releases one of Viceroy’s earliest creations. Rated TV-Y7 FV

If that’s not enough, check out this exclusive clip from Wander Over Yonder‘s “The Party Animal” episode: