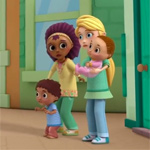 Two of Hollywood’s most famous queer women, Wanda Sykes (Black-ish) and Portia de Rossi (Scandal), made a house call with Disney’s Doc McStuffins this weekend, voicing a couple in Saturday’s installment. Created by Chris Nee and currently in its fourth season, the Peabody Award-winning show is the first on Disney Junior to offer an LGBT-inclused storyline, and the first animated series on Disney Channel to spotlight a family headed by a same-sex couple.

“I always envision Doc McStuffins as a show about what it means to accept everyone as part of our communities. As part of a two-mom family, I’m proud to have an episode that reflects my son’s world, and shows everyone that love is love in McStuffinsville,” said Nee, who wrote the episode.

The high-rating preschool series stars Dottie “Doc” McStuffins who fixes broken toys in her backyard clinic. Titled “The Emergency Plan,” Sykes and de Rossi’s episode features a doll family with two moms who are caught unprepared when a toy dragon creates an earthquake by jumping up and down. When the family gets separated, Doc McStuffins teaches them about how to be prepared in the future. (You can watch it online at watchdisneyjunior.go.com/doc-mcstuffins)

The episode was detailed by GLAAD — the world’s largest LGBT media advocacy organization — at a panel during the Television Critics Association press tour.

“Children like mine deserve the chance to see their families reflected on TV, and this episode does just that in a beautiful and positive way,” said Sarah Kate Ellis, President and CEO of GLAAD told the org’s blog. “Shows like this reflect our real world, and today that includes the many children being raised by gay and lesbian parents who are all going to celebrate this story.”

Sykes has been announced as a recurring guest voice on Disney’s upcoming animated series Vampirina, which Nee is executive producing. She is no stranger to voiceover work, with recent credits including Ice Age: Collision Course and Continental Drift, Bob’s Burgers and Penn Zero: Part-Time Hero. Less familiar with the recording booth, de Rossi did recently drop into Quahog for a Family Guy gag. 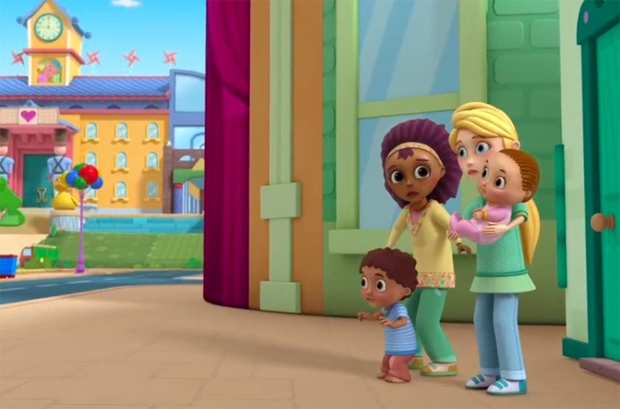