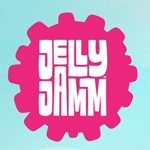 With preschool series Jelly Jamm set to premiere in more than 150 nations this fall, Vodka Capital is bringing the series back to MIP-TV with a new series called Pirata & Capitano.

Jelly Jamm, a 3D CG-animated series, is set to deliver its first 13 episodes next month. A co-production with Spain’s RTVE and Big Picture, it also is the first European show to be co-produced by toy giant Bandai.

Jelly Jamm has already been picked up by  Turner Broadcasting for EMEA (including Free to Air in Italy , Turkey and the Middle East), Discovery Kids for Latin America, and RTVE for its home territory, Spain .Vodka Capital will be at MIPTV following up on broadcast deals for the United States and Europe .

“Jelly Jamm has already attracted some of the best partners in the business committed to transforming Jelly Jamm into a powerful brand, making great entertainment into great business,” says Steven J. Posner, managing partner at Vodka. “Cannes has been a great forum for the project and I have no doubt that 2011 will prove just as fruitful in continuing to bring other strong broadcast and licensing partners onboard”.