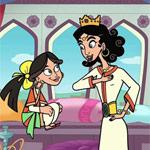 Big Bad Boo Studios’ popular animated show 1001 Nights, will debut on U.S. Spanish-language network Vme Kids this December. The animated tales, featuring Shahrzad as the determined storyteller, have seen success around the world, currently airing in over 120 countries, in 15 languages, from Brazil and Canada, to Jamaica, India, Spain, Austria and Africa. Broadcasters include Cartoon Network, CBC, Disney Channel, Al Jazeera Children’s Channel, and over 25 PBS channels in the United States.

Based on the original tales, 1001 Nights targets viewers 6-9 year olds, and has won many awards including the Kids First Choice Award, 4 Leos (13 noms) and a Platinum Pixie Award. The series features an educational curriculum companion series of books that reaches over half a million children in developing countries through schools and refugee camps through partners such as UNICEF. Big Bad Boo is in process of starting production on Season 3. The brand also has associated comic books and licensing and merchandising deals in several territories.

“We are beyond excited to have 1001 Nights airing on a Spanish-language network in the United States, reaching brand new audiences,’ says Shabnam Rezaei, president and co-founder of Big Bad Boo. “Hispanic-American kids and their families will be able to enjoy these classic tales, on Vme Kids which is a premium channel.” 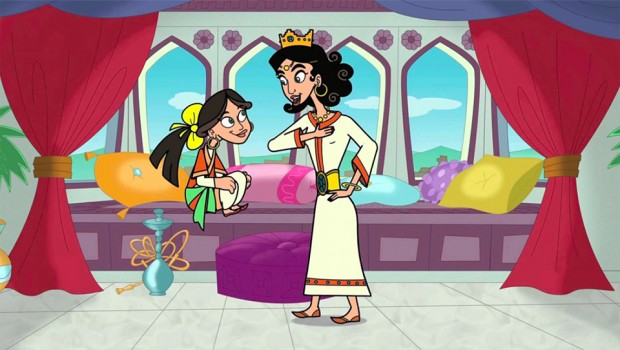