VIZ Media is offering a scrumptious temptation to foodies and pop culture fans with the release of Easy Eats: A Bee and PuppyCat Cookbook. The recipe book is inspired by Natasha Allegri’s hit animated web series, and debuts as a hardcover edition with an MSRP of $16.95 US / $19.95 CAN.

Recipes for Easy Eats were submitted by creatives working on Bee and PuppyCat as well as by fans of the series (don’t worry, they were tested by VIZ’s food editing team in Italy). Staying true to Bee and PuppyCat’s love for food, the beautifully illustrated cookbook offers tons of delicious dishes for both beginner and experienced cooks.

Created by the American cartoonist and writer Natasha Allegri, Bee and PuppyCat depicts the intergalactic, temp-job escapades of twenty-something, chronically- unemployed Bee and her supernatural companion, PuppyCat. The series is produced by Frederator Studios / Cartoon Hangover and is widely seen on its web channel. 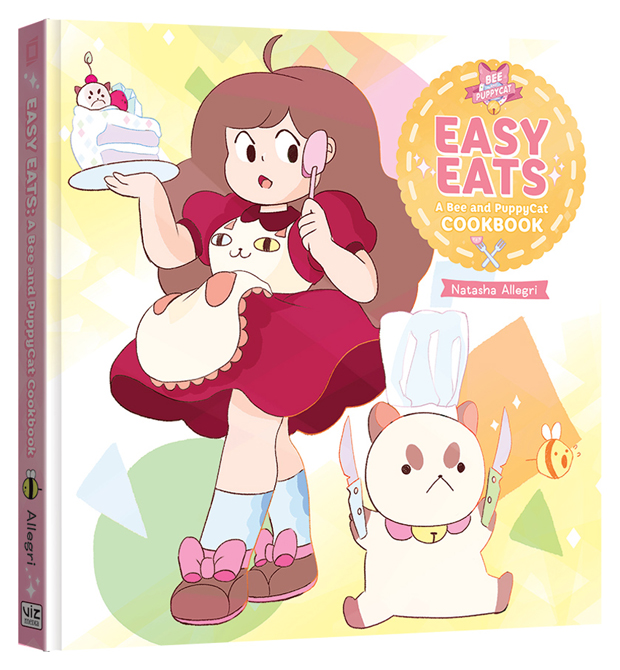