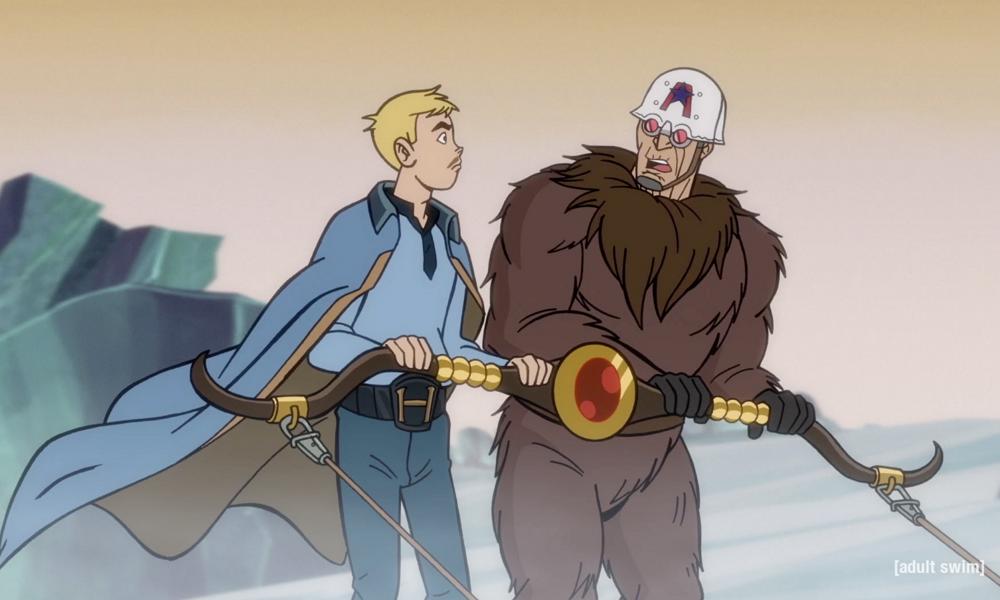 Hank and The Action Man (both voiced by Jackson Publick) run into each other dressed as Star Wars' Lando and Barbarella's Mark Hand in S7 E10 "The Saphrax Protocol," The Venture Bros. de facto series finale.

It’s not just another long rest between seasons: The Venture Bros. fans were sorry to hear from series creator Jackson Publick that Hank, Dean, Rusty and Brock will not be returning for the promised eighth season on Adult Swim. Publick confirmed info first released to Twitter by one of the show’s illustrators, Ken Plume, and added that the writers had been working on Season 8 when they found out a few months ago.

Unfortunately, it’s true: #VentureBros has been canceled. We got the highly disappointing news a few months ago, while we were writing what would have been season 8. We thank you, our amazing fans, for 17 years of your kind (and patient) attention. And, as always, We Love You.

One of Adult Swim’s longest-running shows, The Venture Bros. pilot aired in February 2003, with the first season kicking off in August 2004. But while fans have had nearly two decades of enjoyment, there’s been quite a lot of anticipation as well — the show achieved the record for having the fewest seasons per year produced of any scripted show when Season 7 arrived in August 2018 (two-plus years after S6 ended), at seven to 15.

With the return of Team Venture for an eighth season confirmed after the close of S7 in October 2018, viewers were prepared for a possible wait. The social media reaction to the cancellation confirmation was disappointment and dismay. Adult Swim swiftly stepped in Monday evening to say they are working on continuing the surreal, space-age heroes send-up outside the series.