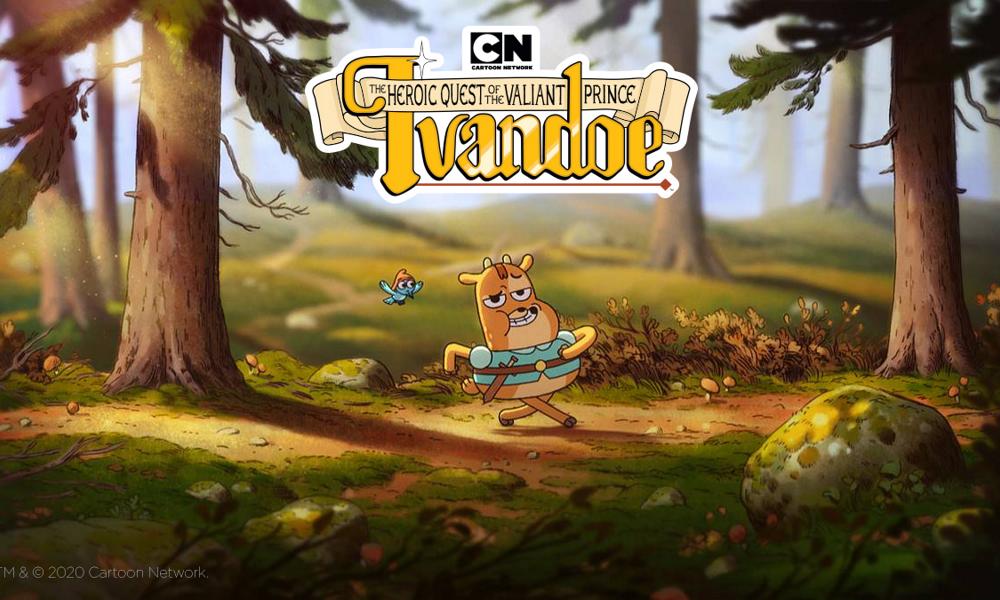 Cartoon Network EMEA has announced that a long-form series of the award-winning shorts, The Heroic Quest of the Valiant Prince Ivandoe, is in the works.

Created by Danish animators Christian Bøving-Andersen and Eva Lee Wallberg – who began their animation careers on Cartoon Network’s EMEA-produced global hit series The Amazing World of Gumball – the comedy series of 10 three-minute shorts now has an order of 20 x 11′ episodes. It is being developed and co-written with executive producer Daniel Lennard, who also oversaw development on Gumball and Cartoon Network Studios’ Apple & Onion.

The Heroic Quest of the Valiant Prince Ivandoe tells the tale of Ivandoe, a delusional young prince who has embarked on an epically silly quest to Eagle Mountain, in search of the legendary Golden Feather. Accompanied by his squire and best friend, Bert, he travels through the Five Kingdoms, encountering royal rivals, magical fairy tale creatures and a bunch of assorted weirdos along the way!

The series is the latest European original to be commissioned by Cartoon Network, continuing the network’s commitment to investing in talent and content in the region. It will be produced in partnership with Copenhagen-based Sun Creature Studio, who also produced the successful shorts.

“It has been such an exciting journey creating The Heroic Quest of the Valiant Prince Ivandoe and seeing how well people have responded to the show,” said Bøving-Andersen and Wallberg. “We are now very happy to continue Ivandoe’s quests in a longer format, with even more silly characters and adventures, and we are very grateful to our magnificent team and to Cartoon Network for making this happen!”

Lennard added, “It’s been great fun working on this spectacularly silly show, bringing a cast of flawed but loveable characters to life. As with Gumball, we’ve created a self-contained world for kids – of all ages – to enjoy. It somehow makes complete sense, whilst at the same time making absolutely no sense whatsoever.”

First launched in 2017 as part of a unique interactive web game, The Heroic Quest of the Valiant Prince Ivandoe has enjoyed glory among viewers and critics alike. It picked up four trophies at the 2018 Emile European Animation Awards and has received nominations for other prestigious awards and festivals, including BAFTA and Annecy Animation Festival. The interactive web game, which encourages users to quest with Ivandoe and Bert to unlock new episodes, has enjoyed significant fan engagement with an impressive 37 minutes average play time across the EMEA region.