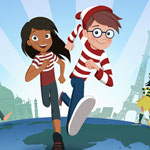 NBCUniversal Cable’s Universal Kids network will dramatically expand it content slate over the next 18 months with an infusion of DreamWorks Animation Television titles — including an all-new series based on the global publishing phenomenon, Where’s Waldo? Universal Kids will also debut eight award-winning series from the library.

Debuting fall 2019, DreamWorks Where’s Waldo? follows Waldo and Wenda: members of the Worldwide Wanderer Society, the international order of curious travelers who circle the globe celebrating cultures and solving problems through observation. Their mentor, Wizard Longbeard, a seasoned wanderer, sends these inquisitive young adventurers on international travel missions so they can earn their stripes and someday become wizard-level wanderers too. But standing in their way is their rival Odlulu, who can’t help but cause trouble wherever she goes.

“We couldn’t ask for a better partner than DreamWorks Animation Television, and we are incredibly proud that Universal Kids has become a destination for some of their greatest content,” said Deirdre Brennan, General Manager, Universal Kids. “Where’s Waldo? has tremendous equity around the world, and the ability to bring a character like Waldo to life on screen for a new generation is incredible. These shows speak to our commitment to deliver outstanding content that families can experience together.”

Also on the slate…

The Mr. Peabody & Sherman Show (April 2018) – The Emmy-winning series features Mr. Peabody, the smartest dog in the world, and his boy Sherman as they host a zany late-night comedy show broadcast from their swanky penthouse in front of a live studio audience. Anything can happen in this show jam-packed with exciting segments, great musical acts and very special guests like outrageous neighbors and hilarious time travelers they meet with the WABAC machine.

All Hail King Julien (Nov. 2018) – Two new seasons of the Emmy winning series about a larger-than-life ruler of lemurs. When he isn’t teaching his subjects how to shake their booties, King Julien is staying on top of the royal to-do list: He has a true bromance moment with Maurice and a true romance moment with Clover’s wild party girl twin sister Crimson, he struts the runaway in an attempt to make diapers fashionable, and he relives his wild days when his best friend Rob returns from a worldwide partying tour. The music is gonna be loud, the party is gonna be raging and the jungle will never be the same again.

Home Adventures with Tip & Oh (March 2019) – What happens after a misfit alien named Oh conquers Earth, befriends an adventurous teen girl named Tip and together they save the day? Oh moves in with Tip and her human family and finally discovers the true meaning of home.

Noddy Toyland Detective (March 2019) – An all-new second season is on the way! Join Noddy on adventures throughout Toyland, accompanied by friends both new and familiar – including his iconic car, as well as Big Ears and Bumpy the dog. In Noddy’s newly established role as Toyland Detective, he’ll show children how to investigate their world and make their own discoveries as he looks for clues to mysteries in each episode.

Dragons: Race to the Edge (February 2019) – In the Emmy-winning series, Hiccup and Toothless lead the Dragon Riders to soar beyond the borders of Berk and discover the mysterious Dragon Eye, which is filled with ancient secrets that lead them to new lands filled with undiscovered dragons. But the heroes find themselves pursued by marauding dragon hunters who will stop at nothing to seize the power of the Dragon Eye.

DreamWorks Dragons: Defenders of Berk (March 2019) – In the second installment of Dragons, Hiccup and his fellow riders must put their dragon training skills to the test as they unite against old foes and new enemies, including a fearsome dragon that could threaten Berk’s very existence. New seasons begin next spring.

The Adventures of Puss in Boots (January 2019) – The Emmy-winning series features the world’s favorite feline hero, lover and milk connoisseur as he dons his signature footwear and springs to action when he accidentally breaks the magical spell that protects the hidden city of San Lorenzo. Puss must do more than become a local hero as he protects the now-defenseless, wildly eclectic townspeople from all manner of villains — he must become a legend. Nothing can stand in the way of this swashbuckling daredevil … except a hairball.

Dinotrux (April 2019) – This Emmy-winning preschool series take viewers to a world of giant creatures that are half dinosaur, half construction vehicle, and all awesome! Two unlikely best friends Ty and Revvit navigate an adrenaline-filled mechanical domain ruled by stunning oversized Dinotrux. Together, the Dinotrux and Reptools join forces for the first time ever to build a bigger, better world and stand up against the biggest and baddest of them all: D-Structs, who threatens to wreck everything they’ve built. 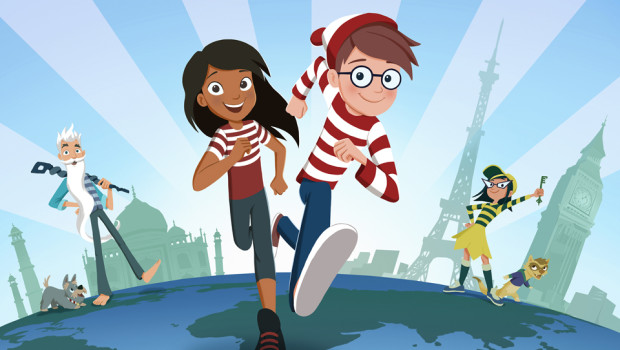