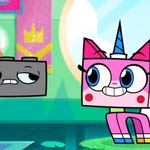 Featuring the voices of Tara Strong, Grey Griffin, Kate Micucci, Roger Craig Smith and Eric Bauza, it’s the kind of toon that digs its claws in you and gets you hooked on its bright colors and fast-paced humor. As producers Lynn Wang (Star vs. The Forces of Evil) and Ed Skudder (Pickle and Peanut) tell us, the whole enterprise began a couple of years ago, when Warner Bros. decided to tap supervising producer Aaron Horvath (Teen Titans Go!, MAD) to flesh out the world, style and other characters that appear in the show. The show got the greenlight to start production at the end of the summer of 2016.

The producers point out that the creative team spends a lot of time and effort to make Unikitty! look as polished as possible. “A ton of love goes into every frame, and we think it adds so much to the viewing experience,” notes Skudder. “Our art director, Andrea Fernandez, really worked hard to create a world where it feels like you could reach out and touch it,”  adds Wang, “From a story perspective, while there’s a lot of monster punching and explosions, we always try to give the show a positive message at its core. Unikitty is known for saying, ‘Stay positive!’ So we love that the show stays positive, too.”

Both Skudder and Wang mention shows such as The Amazing World of Gumball, Lord and Miller’s Clone High and FLCL as their points of influence. “We both grew up watching both American Saturday morning cartoons and anime, so the show has a healthy dose of both influences. We want it to feel as goofy as SpongeBob and as intense as a blockbuster movie,” they offer.

Of course, playing around with a dynamic character like Unikitty offers its own share of rewards. “Unikitty’s an awesome character to play around with, because one second she can be a ridiculously sweet magic princess, and then a second later be a death-metal-fueled fire tornado, so we’re never bored with her character,” says Wang.

“She’s such an energetic and almost stubbornly optimistic character that we’re constantly finding new ways to have fun with her. The whole cast of characters (Puppycorn, Dr. Fox, Hawkodile, Rick, and the baddies Master Frown and Brock) have very distinct personalities of their own, so it makes it really fun to watch them match up against Unikitty’s character.”

Skudder says he especially likes the Toaster and Toast characters. “They started as a one-off gag and have turned into total staples of the show,” he explains. “They’re in tons of episodes and almost always just yell, ‘OOHHH!!!’ I also really like Hype Bot. He’s so annoying — and sooo cool!” Wang says her favorite incidental is a character called FeeBee. “She’s a mix between a bee and a flower — and she’s possibly crazier than Unikitty!”

Lots of Kitty to Go Around

Unikitty! fans will be happy to know that the first order of the show is for 80 11-minute episodes. The show’s pre- and post-production work is done in Burbank by Warner Bros. Animation. “We’re mostly a script-driven show, and we work with our directors, storyboard artists and editors to punch up jokes, story points and dialogue, whatever it may need as we see the episode evolve,” note the producers. “The final animatic and all our designs are sent overseas to the Philippines, where the very talented team at Snipple Animation Studios provide our animation. Our amazing in-house animation crew, led by Anna Hollingsworth, does additional design, animation and compositing work to finish each episode off.”

Skudder and Wang are quick to mention the importance of their favorite animated films and TV shows on their personal style and artistic growth. “I grew up loving Bruce Timm’s Batman: The Animated Series,” says Skudder. “I watched it every single day after school and it really inspired me to pursue art and storytelling. And even though he’s not an animator, Bill Watterson was a huge inspiration to me — Calvin & Hobbes was (and is) my favorite comic, and the art style was so animated and had so much movement baked into the panels. I always wanted to make things move the way that comic looked.”

Wang cites classic Disney animators, Hayao Miyazaki and Jamie Hewlett as some of her biggest influences. “I also adored shows like Sailor Moon, Digimon and the Doraemon shows and comics,” she recalls.  “And like most girls in the ’90s, I was obsessed with anything Lisa Frank!”

The producers have been quite pleased with the early positive reactions to the show. “We’ve tried to make each character really unique, but also really genuine,” says Wang. “Unikitty has flaws, but she embraces them, and even makes the most of them. There’s something for everyone to relate to somewhere in the show, and we think at the end of the day people gravitate towards the positive. Unikitty and her friends love each other more than anything in the world, and we think that can be a really fun and honest experience for audiences.”

Of course, the show has its share of challenges as well. “Unikitty is such a big character, who lives in a big world with a big cast,” says Skudder. “On top of that, we’re producing a huge amount of content and doing our best to help our team make it as good as possible, so it’s a lot to wrangle past the finish line. But it would be a lot tougher if it weren’t for our crew. We feel constantly lucky to be working with some of the most talented, hardworking, inventive and genuinely awesome people in the industry.”

Looking at the crazy, super-busy world of animation in 2018, Wang and Skudder are quite optimistic about what lays ahead. “There’s so much content being generated for so many platforms, both domestically and internationally, so there’s no shortage of work,” they tell us. “But at the same time entertainment’s obviously going through enormous changes and still has such a nebulous future. It’ll be interesting to see how the world adjusts to more and more digital content and streaming-based media consumption. Everyone is being forced to kind of reinvent the wheel and think differently, but we think ultimately it’s providing an energetic breath of fresh air to content and is opening a lot of new doors for formats and ideas that weren’t possible before.”

Unikitty!’s sharp producers are also happy to share some of their hard-earned wisdom with animation hopefuls. “The most important two things are to hone your skills and connect with the industry and your peers,” they suggest. “Having a body of quality work to show and a network of contacts to show it to is one of the strongest ways to get a foot in the door. Also, keep in mind that it can take a long time. Success rarely happens on the first try, so always remember to be patient and persistent.” Now that is some solid advice that even Unikitty and her wacky friends would be smart to listen to! 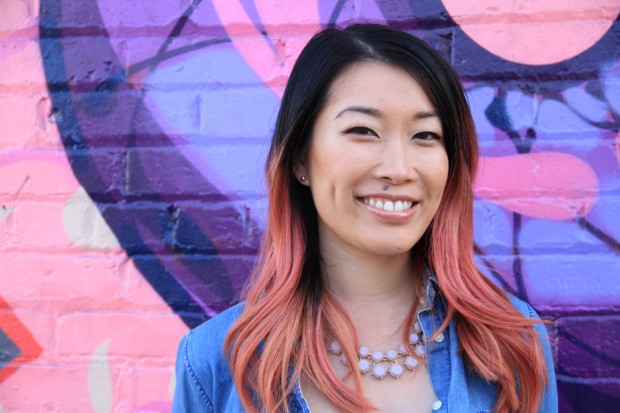 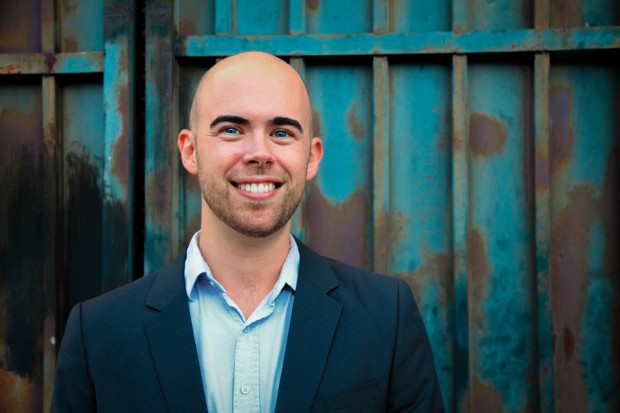 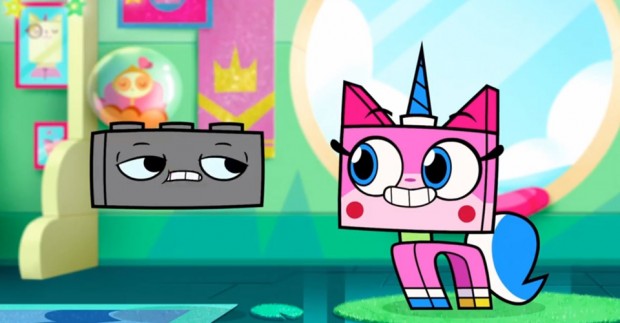 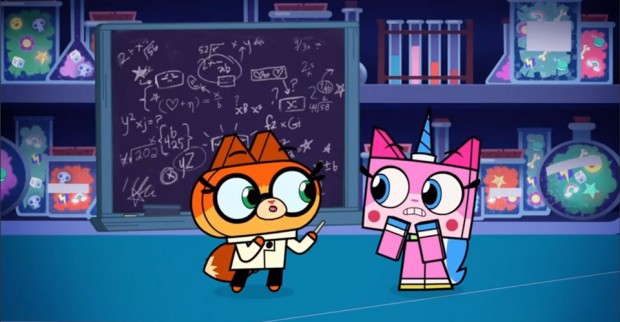 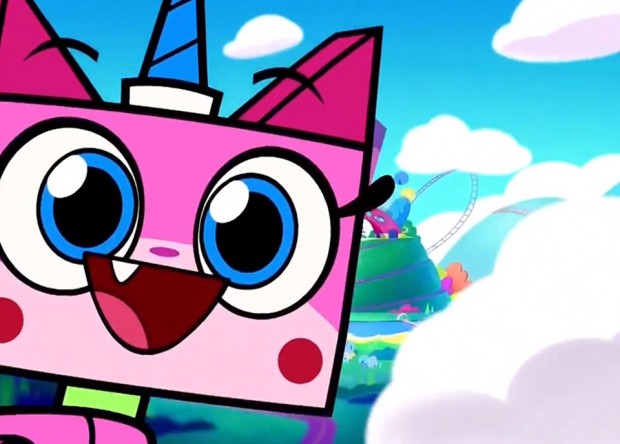 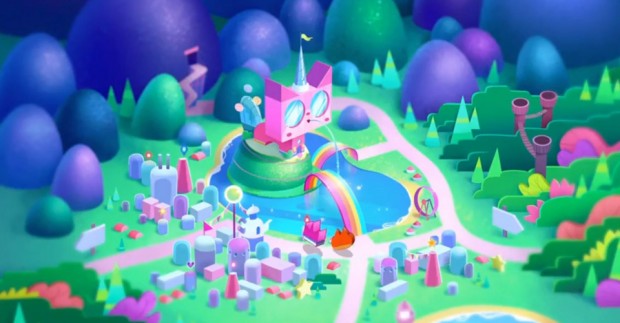 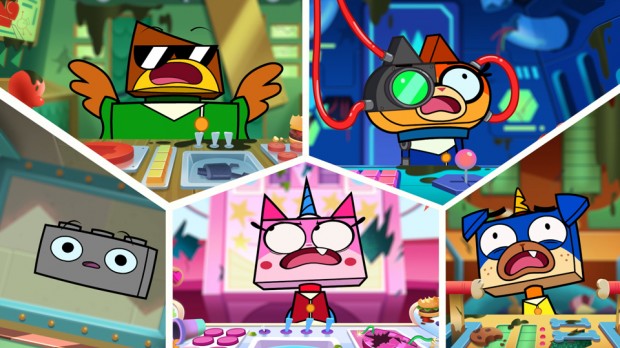 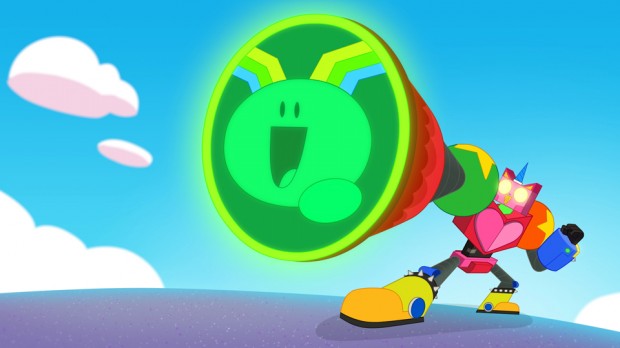 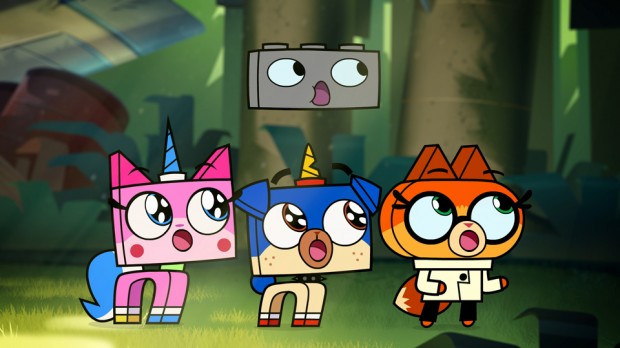 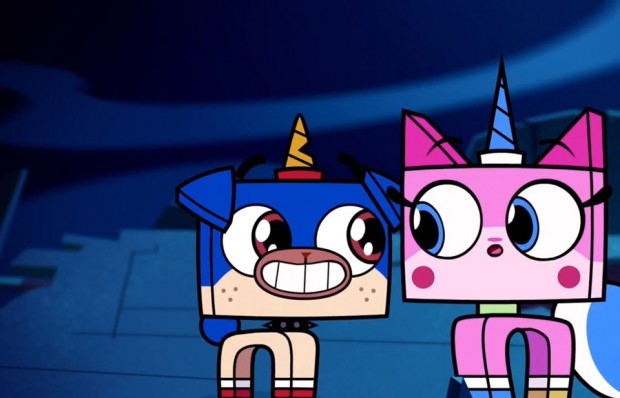 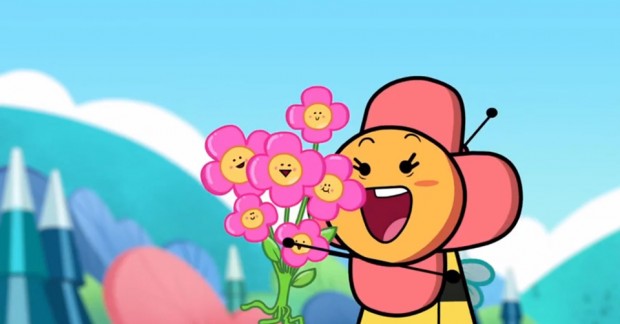