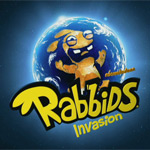 Ubisoft’s popular animated characters known as the Raving Rabbids will be making their transition to a CG-animated series on Nickelodeon beginning Saturday, August 3 at 11:30 a.m. The 26 half-hour episodes will follow the curious, irreverent and unpredictable creatures as they discover, explore, and often wreak havoc in the human world. All episodes will be available on iTunes, Amazon Instant Video, Xbox Video, PlayStation Store, Samsung Media Hub and Vudu starting day after air. The series will also debut on Nickelodeon channels internationally beginning this fall.

“Rabbids Invasion brings the wacky comedy and characters from Ubisoft’s Raving Rabbids video games to U.S. TV for the first time, and we think kids’ are going to really have fun watching them on their chaotic adventures,” said Russell Hicks, Nickelodeons’ president of content development and production. “This series will be a terrific complement to our top-rated lineup of original animated comedies on Saturday mornings.”

In the premiere episode, “Omelet Party,” the Rabbids stumble across a farm and become fascinated with the chickens’ ability to lay eggs. Next in “Rabbid Mollusk,” the Rabbids find questionable uses for a starfish and an octopus while disrupting an old man’s attempt to window clean. Then in, “Rabbid, Are You There?” the Rabbids become fascinated watching a burglar attempt to rob an apartment while unknowingly assisting with a fortune-teller’s reading on the floor below.

Here are some other Rabbid activities Nick has planned for the next few weeks:

Beginning July 17, viewers can log on to www.nick.com/rabbids to access photo galleries featuring the world travels of the Rabbids, animated gifs and videos of the upcoming series. The Nick App joins in on the mischievous fun featuring Rabbids-themed comedic disruptions in the funny and surprising ‘Do Not Touch’ button. On August 26, fans can play the Rabbids Rhythm Game on www.nick.com/rabbids. Join the four Rabbids in the middle of the screen and encourage them to dance along with the music. They’re constantly slowing down and stopping and losing interest in dancing, so players must keep them grooving.

Created in 2006, the wacky, mischievous Rabbids have become a global sensation with over 14 million video games sold worldwide and hundreds of licensed products that feature the Rabbids characters. Viral videos starring the Rabbids have attracted more than 62 million views on YouTube. The Rabbids phenomenon currently extends across multiple genres including parodies, videos, illustrations and consumer products. 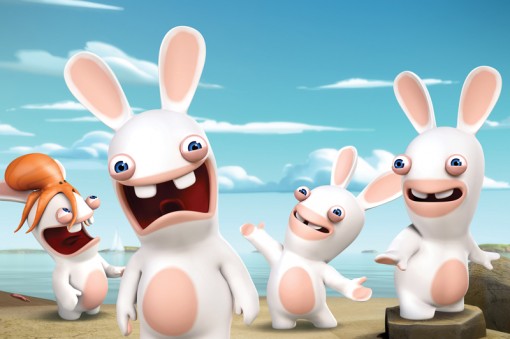