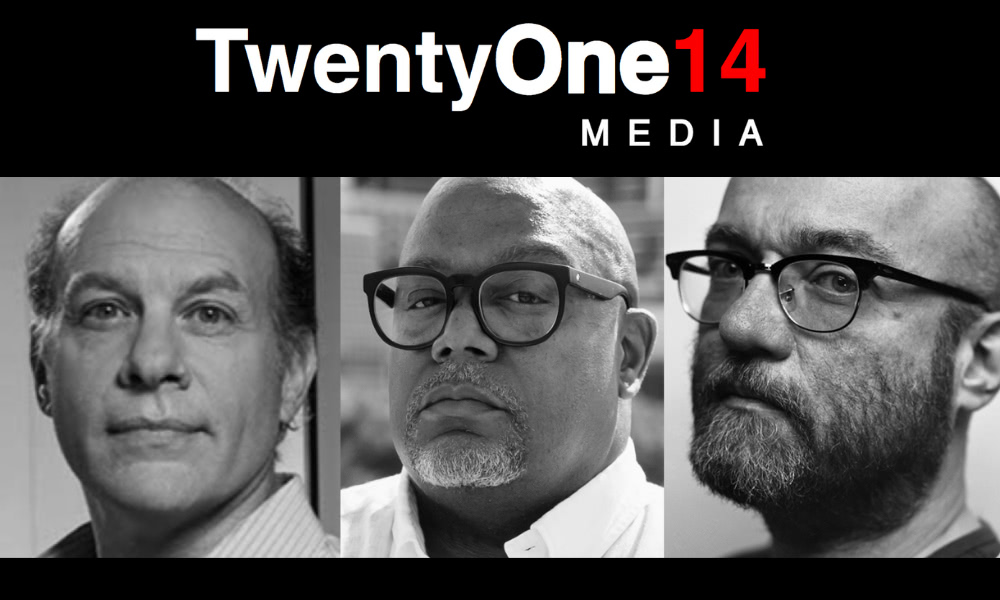 TwentyOne14 Media announced today a strategic partnership with former Cartoon Network executive and multi-Emmy Award-winning producer Brian Miller and his company, Pat & Mike Productions, along with award-winning author and graphic novelist Dan Abnett, whose credits include the multi-million selling Eisenhorn and Marvel’s Guardians of the Galaxy, and Miami-based animation house Team Legend Studios. The partnership is focused on creating and producing both adult and youth-oriented animation projects that feature BIPOC talent and characters and speaks authentically to BIPOC audiences.

The first offering from this dynamic partnership will be the original project The Adventures of Skelly: a coming of age animated series that revolves around Skelly, the son of the Grim Reaper. With the help of his best friend Bonnie and guidance from his dog, Bones, Skelly travels across dimensions with his father’s scythe to learn what it takes to become a luchador. Now, Skelly has to choose between following in his father’s footsteps and becoming the next reaper, or following his dreams of becoming the greatest luchador — and risk disrupting the balance of life. Miller will serve as the project’s showrunner and executive producer.

People of color represent more than 40% of the U.S. population, and hold a growing share of buying power in the American economy. According to a Pew Research study, the combined buying power of people of color reached more than $3.9 billion dollars in 2019, and continues to rise by half a percent annually. This growing and diverse audience segment is a highly engaged consumer of entertainment, and prefer film and television content populated with characters and storylines that reflect their own lives and experiences. In particular, the team believes that representation in children’s animation is critical for the younger generation to be exposed to and understand diversity, and to grow up with visual representations of what justice and equality can look like.

The partnership will focus on curating, developing and producing programming that is authentic, diverse and inclusive. The partnership adopts the philosophy that African American, Latinx, Indigenous and Asian American markets are valuable and should be represented in all facets of entertainment output, including animation. The team believes there is opportunity in this focus and that there is a deficit in quality, authentic programming targeting this segment.

Prior to launching his animation-focused shingle Pat & Mike Productions, Brian Miller served as SVP & General Manager of Cartoon Network Studios from 2000-2021. Over the span of Miller’s career, some of the projects he has overseen include Adventure Time, Steven Universe, Regular Show, Dexter’s Laboratory, Samurai Jack and Ben 10.

“TwentyOne14 understands the exigent importance of bringing the voices of diverse storytellers to the forefront,” said Miller. “I’m looking forward to partnering with them to produce content that speaks authentically to an underserved and underrepresented audience; Quincy and Mykel are seasoned diverse content producers who fiercely foster new and established talent; and I can’t wait to get started!”

Dan Abnett is a multiple New York Times bestselling author and an award-winning comic-book writer. He has written over 50 novels, including the acclaimed Gaunt’s Ghosts series, the Inquisitor Eisenhorn Cycle and volumes of the million-selling Horus Heresy series. His many other novels include The Silent Stars Go By (Doctor Who), Rocket Raccoon and Groot: Steal the Galaxy, Triumff and Embedded. In comics, his 2008 run on The Guardians of the Galaxy for Marvel formed the inspiration for the blockbuster movies. He is also noted for significant work on DC’s Legion of Superheroes and Aquaman and, for the Vertigo imprint, The New Deadwardians.

“Twentyone14 Media’s Quincy Newell and Mykel Mitchell are sharp, astute and vigorous. They’ve got an ambitious outlook, great projects and a clear ability to make them happen. I am very excited to be working with them,” added Abnett.

“We’re excited to join forces with these extremely talented creators to help close the gap that exists in this category. We aspire to be a team that supports and encourages diverse voices and create an opportunity for creators of color to expand their landscape of storytelling into animation,” said Newell’s business partner and TwentyOne14 Media’s head of business development, Mykel Mitchell. “Our mantra at TwentyOne14 Media is to support and create content that is rooted in authenticity and inclusiveness, and has the power to create cross-cultural connections.”