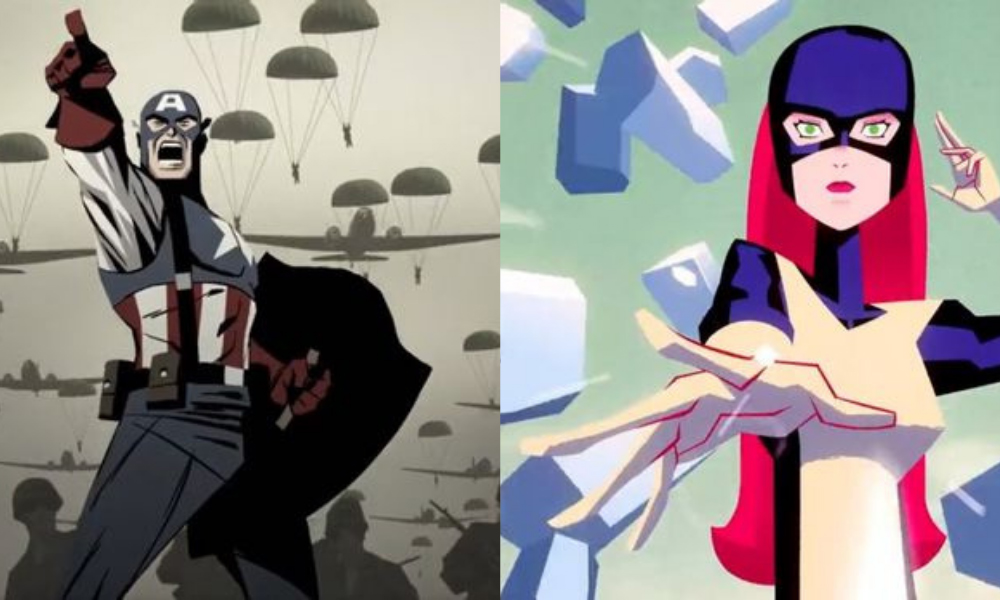 Brad Graeber, co-founder, CEO & CCO of Powerhouse Animation (Castlevania, Seis Manos, Blood of Zeus) took to Twitter this weekend to reveal the studio’s pitch for a never-produced project, which was almost the first Marvel animated series before What If…? came to fruition. Dubbed Marvel Era, the concept was in the works from 2012-2013 in anticipation of the comics publisher’s 75th anniversary in 2014.

In 2012-2013, Powerhouse pitched a project called MARVEL ERA. The 75th anniversary of Marvel was approaching in 2014 and the idea was short stories for each decade of Marvel history- and to have each short inspired by the art/animation of that “era.” (1/10) pic.twitter.com/sJJrv4rlnB

“The idea was short stories for each decade of Marvel History — and to have each short inspired by the art/animation of that ‘era,'” Graeber wrote. The studio head wrote 14 or so rough concepts, including a ’40s Captain America/D-Day story in a Fleischer Studios style, a Submariner U-Boat story, a ’60s X-Men tale featuring a cult leader mutant, a Luke Cage/Iron Fist team up inspired by ’70s cinema, an ’80s drug kingpin thriller for Punisher and a Deadpool twist on “cheesy ’90s cartoons.”

The Season 2 trailer for Hulu original animated series Crossing Swords has arrived with a bang! In this chapter, Patrick the long-suffering squire as he climbs the ladder of knighthood in the service of the volatile King Merriman. There are new friends to make, new enemies to vanquish, and new horrors to scar Patrick for life; including bloodthirsty leprechauns, an island of killer monkeys, and a shadowy villain who could destroy everything Patrick has ever known! All 10 new episodes premiere on the streamer Friday, December 10. 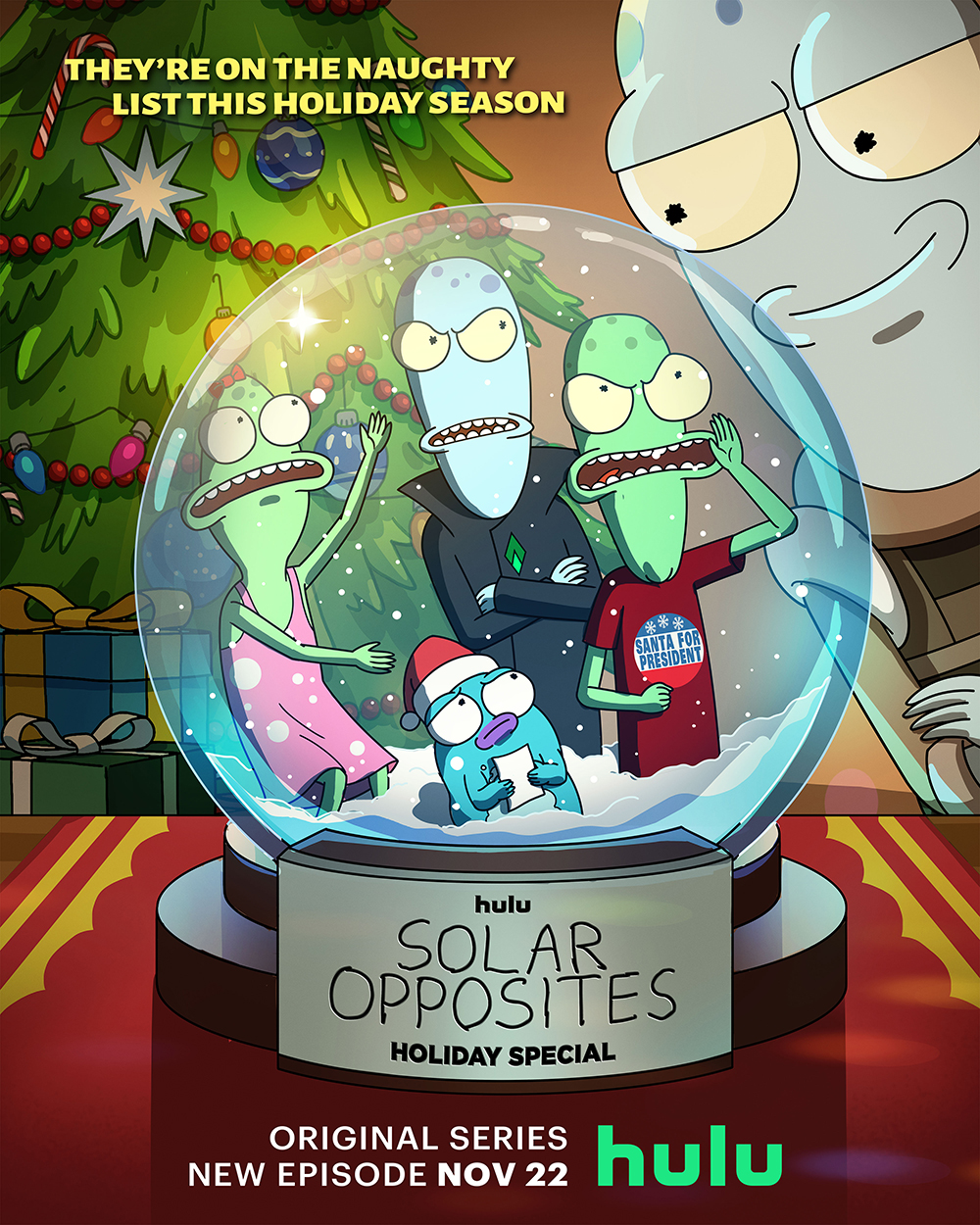 On the heels of the musical teaser “WTF Is Christmas?”, Hulu has dropped the official trailer and key art for its A Very Solar Holiday Opposites Special, premiering Monday, November 22. In it, the Solar Opposites (voiced by Justin Roiland, Thomas Middleditch, Mary Mack and Sean Giambrone) find they don’t understand the holidays — but that won’t stop them from trying!

Solar Opposites is co-created by Roiland, Mike McMahan and Josh Bycel and produced by 20th Television. The series centers on a team of four aliens who escape their exploding home world, only to crash land into a move-in ready home in suburban America. They are evenly split on whether Earth is awful or awesome, but their mission is clear: protect the living supercomputer known as the Pupa, which will one day evolve into its true form, consume them and remake the Earth. 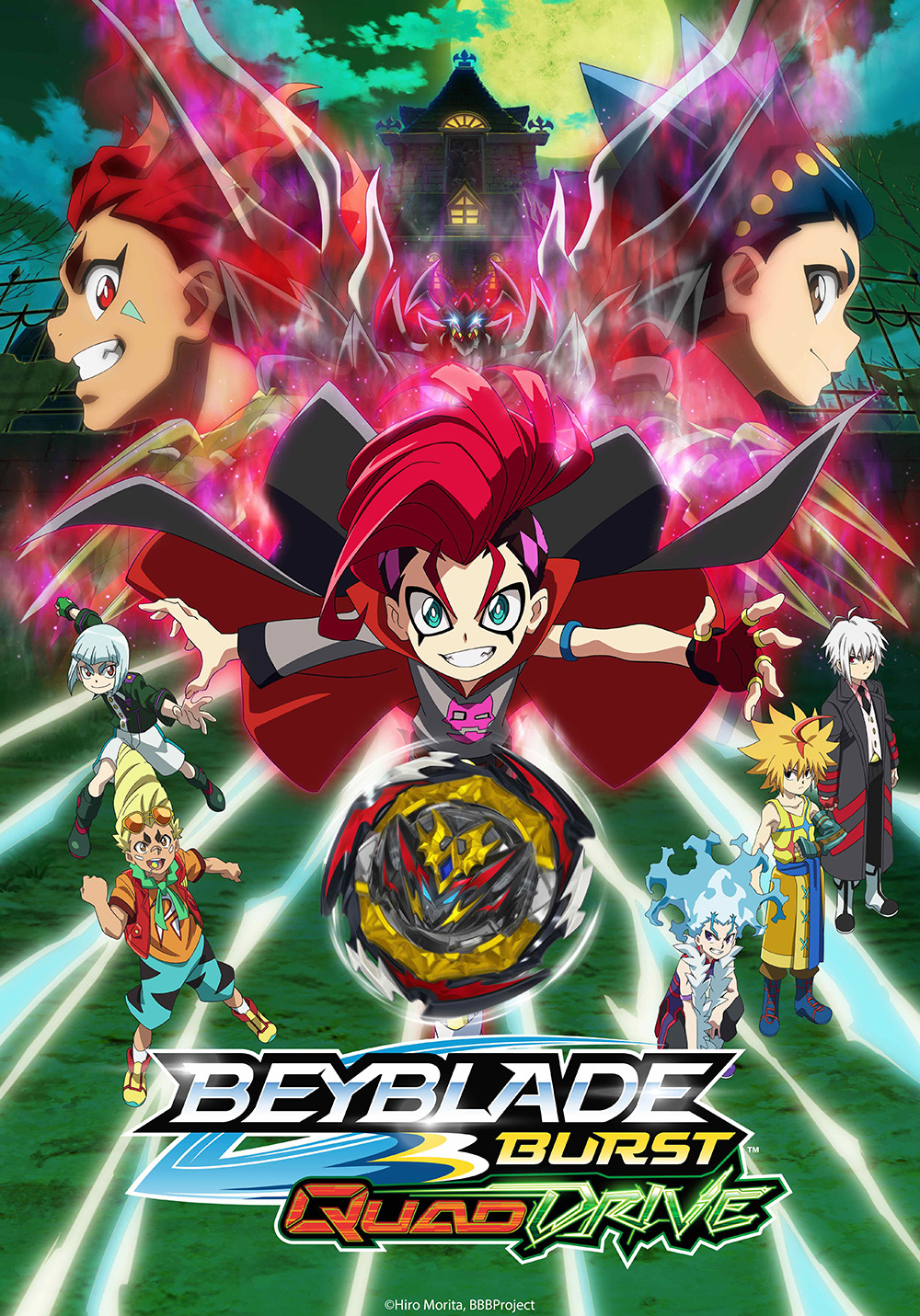 DK Emotions NY Inc., a New York-based subsidiary of ADK Emotions, has announced the much-anticipated debut of Beyblade Burst Quaddrive, Season 6 of the Beyblade Burst series. The new 26 x 22′ season will begin rolling out December 4 on Disney XD and DisneyNOW. All previous seasons have aired on Disney XD, making it the North America linear broadcast home of one of the most beloved Anime-based franchises in the world. The season debut is supported by a new toy line from Hasbro.

Quaddrive takes place just months after the final stages of the Ultimate Tag Series at the end of S5 (Surge). Rumors begin to circulate about the mysterious and foreboding Phantom’s Gate, a graveyard for Beys. Hearing screams from a nearby mansion night after night, Blader Bashara Suiro sneaks inside to test his courage. What he finds there sets in motion a wild adventure that no Blader will ever be able to forget. The screams Bashara hears are, in fact, the wails of Bladers whose Beys have been destroyed by the graveyard’s owner, Bel Daizora, also known as The Dark Prince. In the face of this unknown Blader, Valt Aoi and other Blading legends rise to the challenge to battle this Dark Prince, and the wielder of the incredible Quad Bey Destruction Belfyre. Is there a new Blading hero who has the power, courage and wit to topple him? 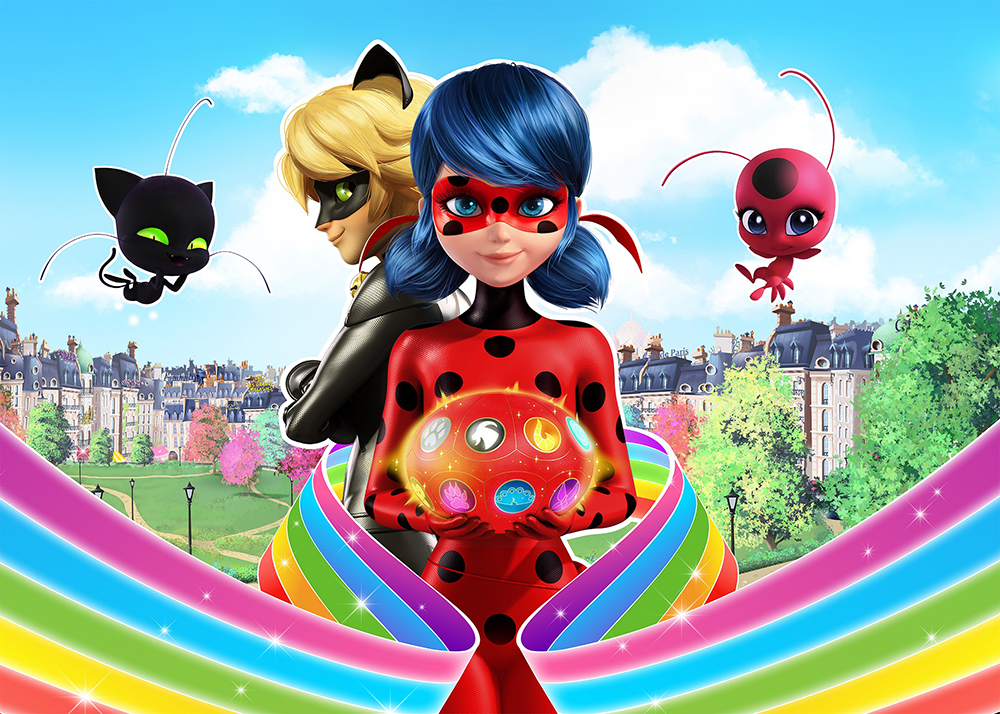 Award-winning global independent animation studios ZAG and ON kids & family (Mediawan) have been awarded the Grand Prize at the 2nd edition of the Ecran Jeunesse Festival — dedicated to “multi-screen” youth programs — for the global hit series Miraculous: Tales of Ladybug & Cat Noir.  The festival took place from November 10-14 in Bagnères-de-Bigorre in the Pyrenees. Season 4 of the series started to roll out in over 120 countries across the globe during spring/summer 2021, and ZAG is currently in production on a US$100 million+ animated feature to premiere in 2022.  Miraculous is the winner of 19 awards, including the 2018 Teen Choice Award for Choice Animated Series.

“It’s an incredible honor to win the Grand Prize at the Ecran Jeunesse Festival for Miraculous,” commented Jeremy Zag, Founder and CEO, ZAG. “Miraculous has taken the world by storm since its initial debut in France in 2015, with the series now airing in over 120 countries around the globe. We are grateful to all of our partners including Toei Animation, DeAgostini , SamG, TF1, Disney and Globosat, and of course all of our fans around the globe who have fallen in love with our heroes, Ladybug and Cat Noir.” 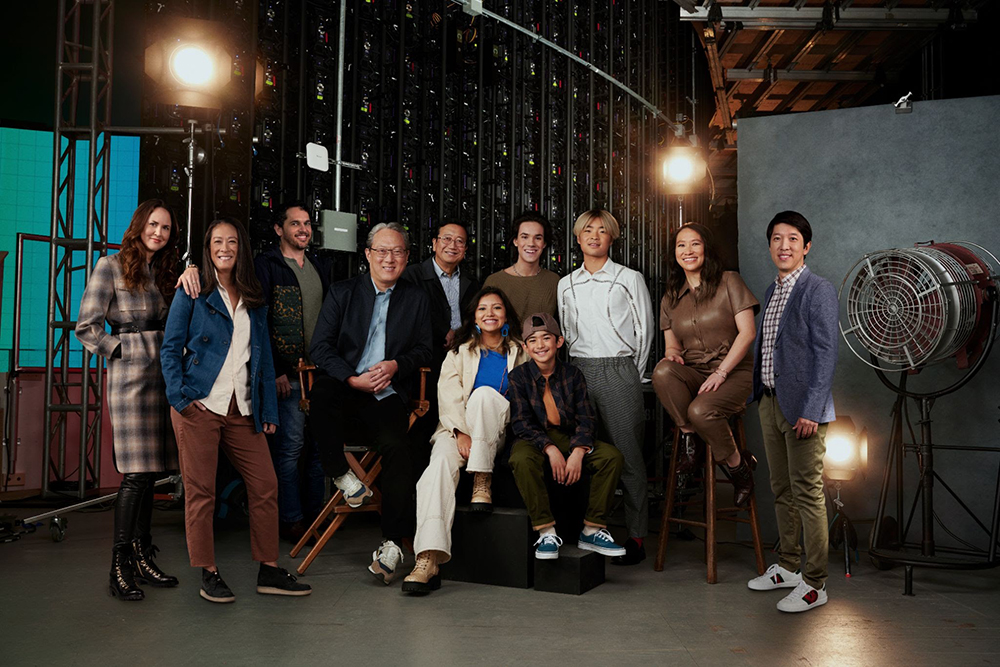 Netflix announced that production began in Vancouver on the live-action epic adventure Avatar: The Last Airbender, based on the beloved animated series from Nickelodeon. Filming will take place in the new, custom-built virtual production facility used for The Midnight Sky and 1899, designed and operated by Pixomondo — at 84′ across by 28′ high with 23k sq. ft. of stage space and 3k+ LED Panels, it’s one of the biggest VP volumes in North America. Further casting for the series was also confirmed: 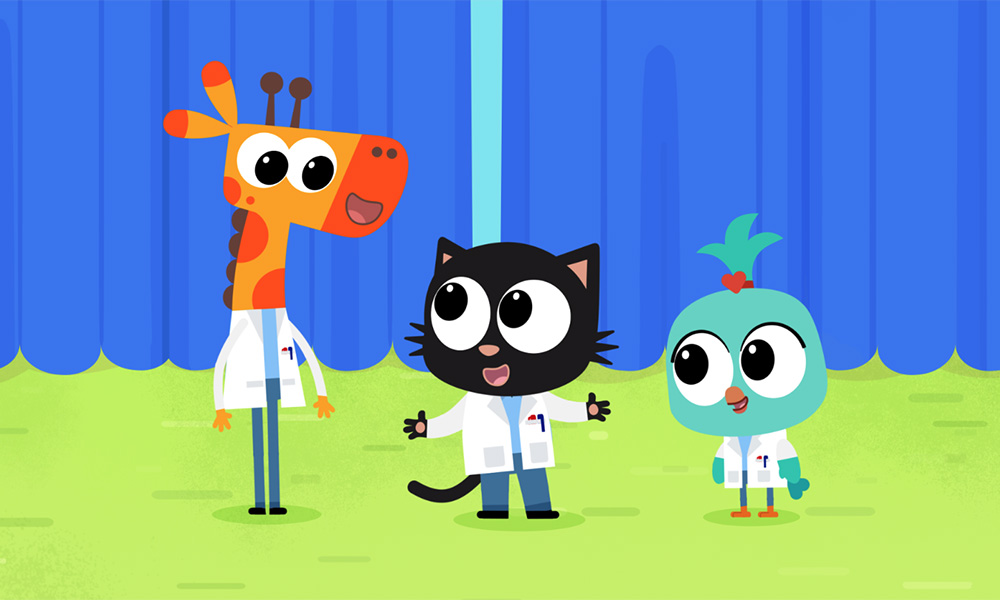 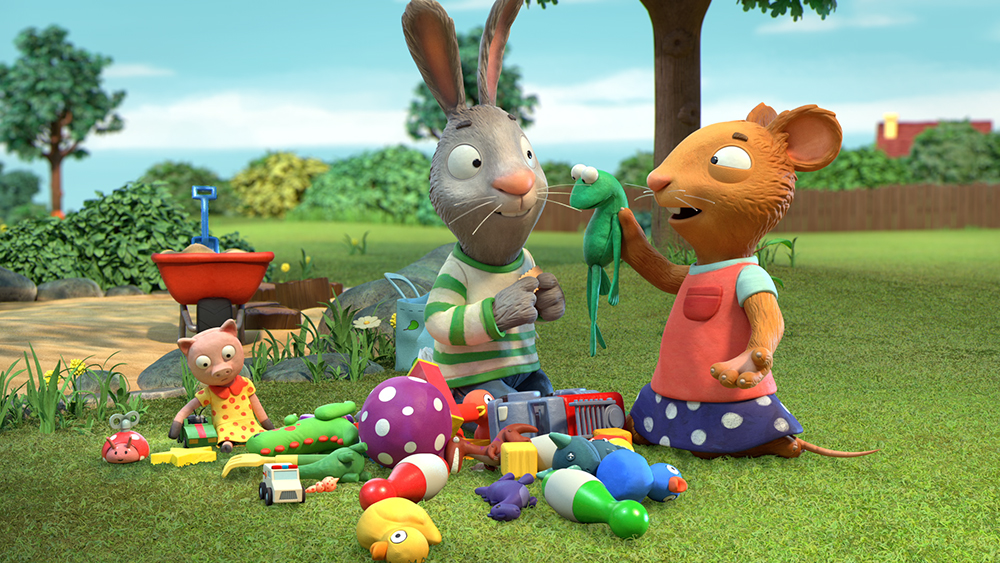