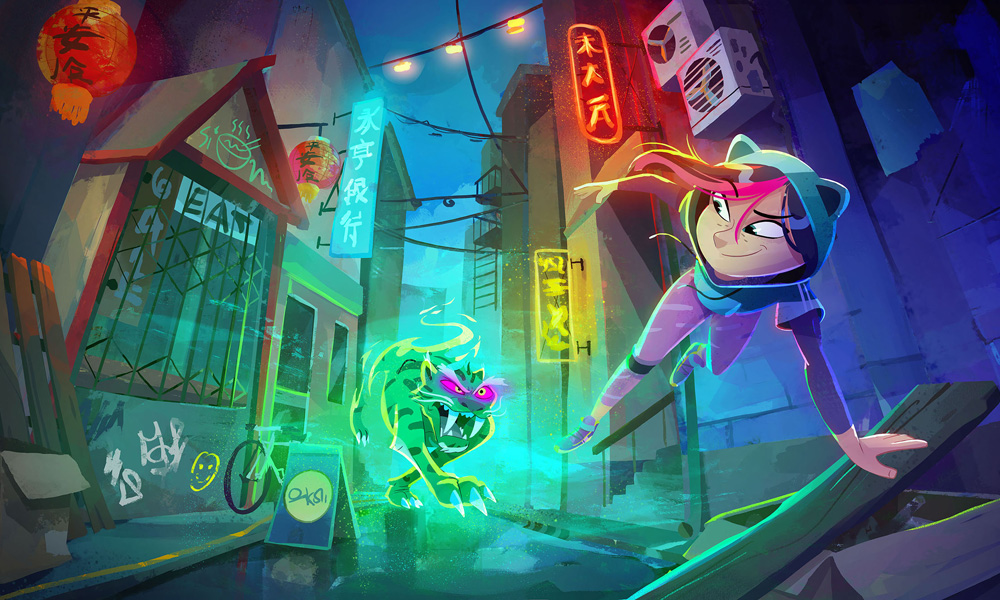 India-based Aadarsh Pvt. Ltd. has inked a deal with leading animation co. Cyber Group Studios to coproduce, distribute and license a new animated series inspired by the popular Purple Turtle educational books — a leading preschool IP with a presence in more than 25 countries, including Russia, China, U.S. and U.K. CGS will partner with Aadarsh and Telegael to bring the series to TV and digital platforms worldwide, and handle licensing, merchandising and publishing globalley (exc. Asia & MENA, inc. China).

The 52 x 7’ 2D HD pre-k show follows the adventures of the eponymous heroes and his friends: Roxy the Chameleon, Zing the Rabbit, Melody the Bird & Tadley the Bear. Through each episode, they encourage kids to explore, make choices, learn from their mistakes and make necessary decisions along the way, promoting self-determination and fostering independence. It is directed by Swati Rajoria, produced by Ankita Shrivastava, and written by Emmy winners including Karl Geurs (The New Adventures of Winnie the Pooh) and Dev Ross (Clifford the Big Red Dog).

“We are very happy to have Cyber Group Studios come on board to coproduce, distribute worldwide outside India, Publish and Licence in a number of key territories our lovely IP Purple Turtle. We are confident that Purple Turtle will entertain and educate children all around the world!” — Manish Rajoria, Director, Aadarsh Pvt. Ltd

“I have personally enjoyed reading to my grandchildren the Purple Turtle storybooks over the years as they bring educational stories full of tenderness in a joyous and bright universe. I am thrilled to be part of the team that brings this great property to television thanks to the efforts of talented award authors and artists assembled around the world.” — Pierre Sissmann, Chairman & CEO, Cyber Group Studios

“Telegael is delighted to partner with Aadarsh and Cyber Group Studios to bring Purple Turtle to a global audience. I’ve been a big fan of the Purple Turtle books and am tremendously excited by the creative possibilities. It is wonderful to find such a lovely and appealing character which is already popular in books published in multiple countries.” — Paul Cummins, CEO, Telegael 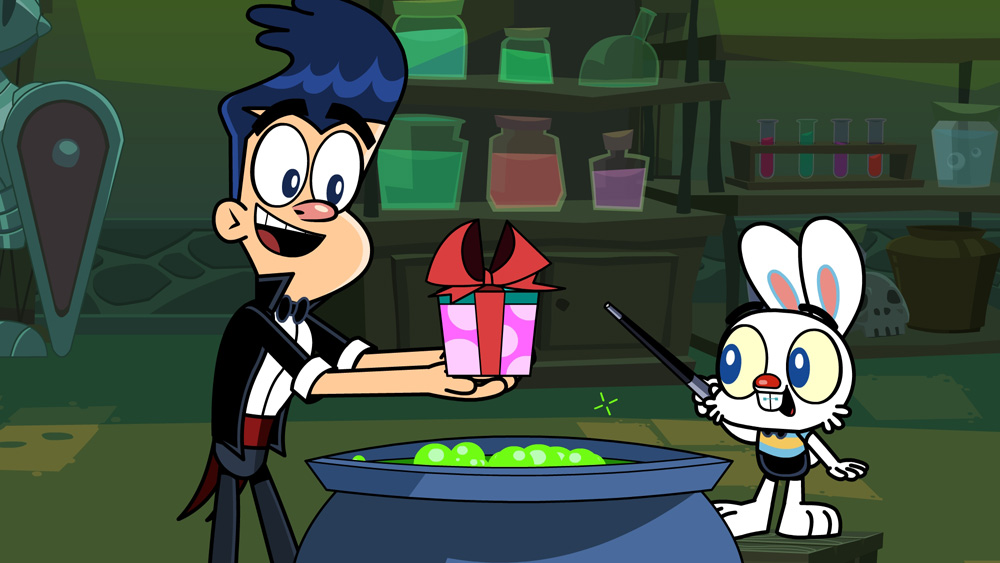 Apolo Films has secured distribution rights to two of Malaysian prodco Animasia Studio’s most popular series: Chuck Chicken (52 x 11’) and Harry & Bunnie (78 x 7’) in key European countries, such as Spain, Portugal, U.K., France, Germany, Italy, Greece, Scandinavia, Belgium, Netherlands and Luxembourg. Aimed at kids 7-11, Chuck Chicken is an action-comedy-adventure set on Rocky Perch Island, where Chuck provides kung fu-style security for the citizens using the magic of his Golden Egg — S1 has 2 billion views on iQIYI, airs in 50+ countries including on Netflix and Disney XD SE Asia; S2 due in 2020. Also for kids 7-11, Harry & Bunnie is a non-dialog slapstick comedy about a struggling young magician and the mischievous former stage rabbit who always steals his limelight (and magic wand) — currently airs on Disney APAC and on Netflix.

“Animasia is delighted to have Apolo Films onboard as our distribution partner for European market for our flagship IPs Chuck Chicken and Harry & Bunnie. We are absolutely thrilled to be working with the dynamic and experienced team at Apolo Films.” — Raye Lee, Executive Director, Animasia Studio 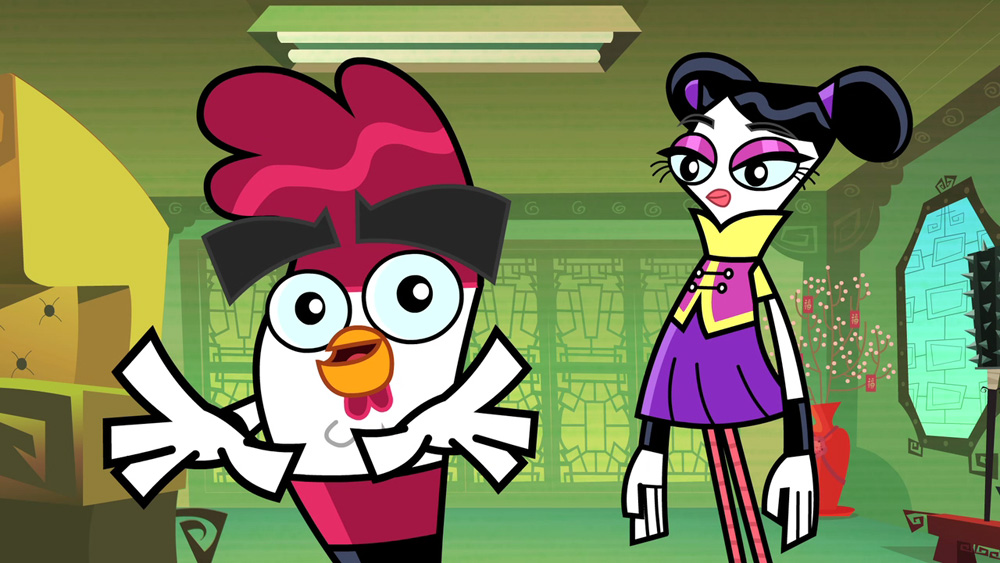 “Chuck Chicken and Harry & Bunnie are two big successes of modern animated series that confirm there’s no frontier for this genre. We thank Animasia for the trust placed in us for its distribution and we are sure that this alliance will be very enriching for both parties.” — Claudio Biern Boyd, President, Apolo Films

CAKE is partnering with new kids’ content creator Ferly (formerly Kaiken Ent.) on animated action-adventure series Dragon Girl (26 x 22’), based on an original idea by Ferly VP Creative Joonas Rissanen. Currently in early development, the series will be co-produced with Canada’s Yellow Entertainment. Synopsis: Dragon Power becomes the new Girl Power when a girl born from a Dragon Egg is forced to protect her legacy as the last dragon. When things don’t go her way, breathing fire may come as naturally to 11-year old Pandra as rolling her eyes, but Pandra must learn to master and control the Dragon Spirit inside her if she is to navigate the daily challenges of school life and overcome the evil that threatens her town.

The companies previously announced a collaboration on Kingdom of None.

“Dragon Girl is an unusual female-led property with an interesting take that caught our attention from the beginning. We are looking forward to working with Ferly and bringing this project to life together.” — Tom van Waveren, CEO & Creative Director, CAKE

“A girl born from a dragon egg — that’s such a simple, yet incredibly catchy premise. I can’t wait to start working with CAKE and our joint top team of creatives to show the full depth of this world!” — Joonas Rissanen, VP Creative, Ferly 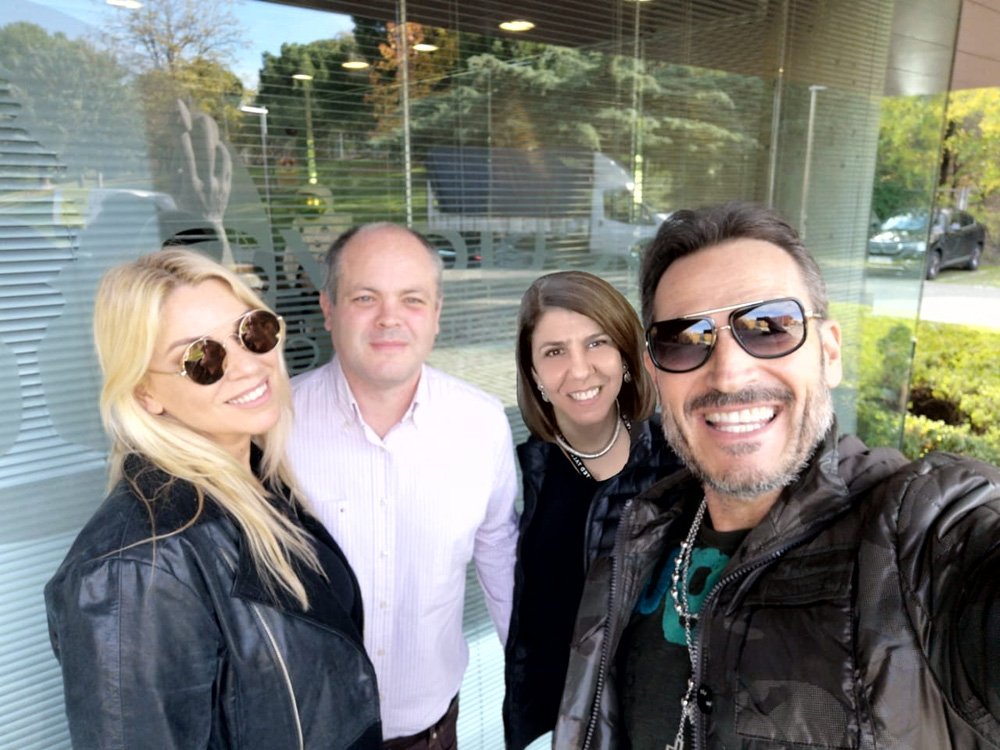 “We are proud to have reached this agreement with a partner as important as Azteka Films. This strategic partnership represents a big growth opportunity for us; we look forward to achieving really positive results for key projects in the short-to-medium term.” — Maria Bonaria Fois, General Manager, Mondo TV Iberoamerica

“We have great synergy among both teams and I’m thrilled to see our titles offered through markets abroad. Azteka Films has a great portfolio of original series waiting for co-producers. Mondo TV Iberoamerica is here to find them.” — Daniel Stigliano, CEO and Chairman at Azteka Films 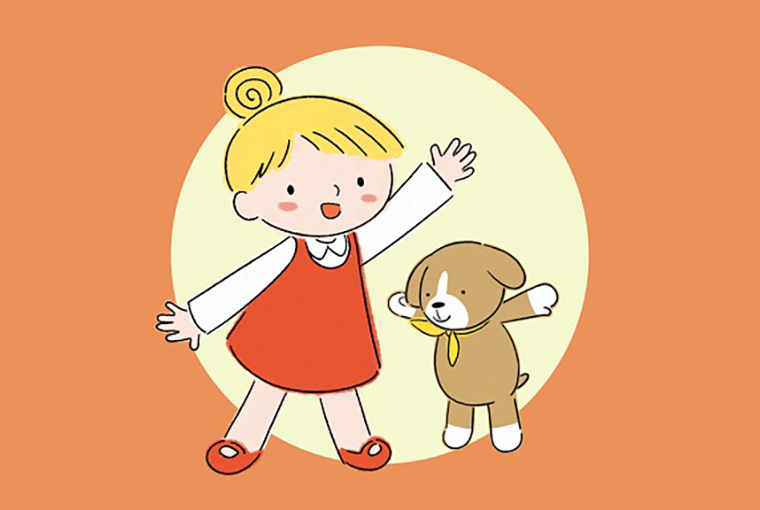 Taktoon Enterprise’s most recent project, The Curious World of Linda (78 x 7’), has received a pre-sale commitment from Finnish public broadcaster YLE, having shown interest in the project since its debut at Cartoon Forum 2017. The series, which will launch the first 26 episodes on South Korean national pubcaster KBS next year, follows a little girl and her imaginary adventures with her best friend, a stuffed dog, named Louie, emphasizing that every child is different and we should all love one another for our differences. Kids animation veteran Debbie MacDonald is series story editor, and experienced writers from both the U.K. and Korea are on board.

ZAG America (Miraculous: Tales of Ladybug & Cat Noir) announced Cartoon Network has secured EMEA, APAC and U.S. broadcast rights to its upcoming ZAG Heroez series Power Players, expected to debut this year. Utilizing CGI-hybrid animation, the action-comedy developed by Jeremy Zag and written by Man of Action (Ben 10, Big Hero 6) follows the adventures of Axel, an adventurous boy who transforms into a living action figure, and his unlikely team of toy heroes as they embark on the biggest “small” adventures a kid could ever imagine. The series is co-produced by OnEntertainment. The property is also ZAG’s first partnership with Playmate Toys, which will develop a multi-segment toy line.

“ZAG is thrilled to partner with the incredible team at Cartoon Network. We love their proven success in building audiences with action-comedy formats. They have embraced the high quality visuals that set Power Players apart. In addition, we’re so lucky to have Playmates Toys, who brings a wealth of experience developing boys’ action toys from original IP, growing brands into hot toy franchises with long-term success. Together with our long time collaborators Man of Action and OnEntertainment, we have a strong team behind this break-out storytelling.” — Liz Grampp, SVP of Studio and Franchise Marketing, ZAG

“Playmates Toys is elated to be working with ZAG to bring the heroes of the series to life off-screen. With a deep-rooted history in the boys’ action category, we look forward to developing an innovative line of toys that captures the action and adventure of the series and provides kids with imaginative play experiences.” — Karl Aaronian, SVP Marketing, Playmates Toys