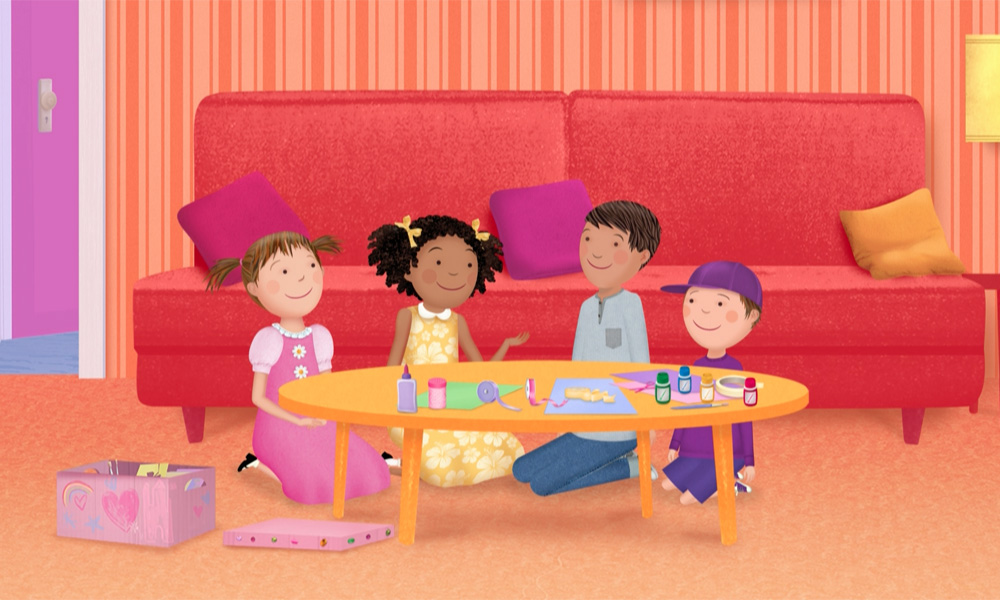 Boat Rocker Studios (Canada), the BBC (U.K.) and UYoung (China) have teamed up to co-produce a new animated preschool series based on the bestselling Love Monster books by British author-illustrator Rachel Bright. The groundbreaking collaboration will see the 54 x 7’ 2D series premiere on CBeebies (U.K.) and on major Chinese broadcast and digital platforms. The co-pro was approved by China’s National Radio and Television Administration. Showcasing the importance of kindness, empathy, connection and instinct, the colorful and funny adventures follow hairy, googly eyed hero Love Monster as he searches for the right thing to do in a world in which he is one of a kind. With a lot of help from his friends and a little serendipity, Love Monster learns to follow his heart rather than his slightly ‘over-thinky’ head while building his inner confidence.

Exec producers are Tony Reed for BBC, Chapman Maddox for Boat Rocker and James Chen Gu for UYoung; U.K. animation will be done by Karrot and A Productions, with UYoung handling a proportion of preproduction (scripts, storyboards, design); Boat Rocker Rights will distribute and manage global brand/licensing, excluding UYoung’s territory in China and Southeast Asia.

“We are very excited to enter our first co-production with both the U.K. and China. This is the first collaboration to come through our new offices in Hong Kong and London and forms part of our strategy to grow our footprint in Asia, in addition to solidifying our existing partnership with the BBC. We’re thrilled to unveil Love Monster to the global marketplace.” — Jon Rutherford, Managing Director of Boat Rocker Studios

“We are delighted to be embarking on our first-ever co-production with the BBC and Boat Rocker. The deal is even more significant as it is also the first-ever U.K./China animated co-production. UYoung is always keen to establish stronger ties with international producers and broadcasters to extend its international reach. And with this inaugural co-production approval from CNRTA, gained as a result of our high standards and prestigious position in the Chinese market, we will be able to fully maximise its broadcasting exposure to the benefit of all parties.” — Lisa Zhong, President UYoung

“Rachel’s warm and witty books will translate perfectly into a series for our youngest viewers. CBeebies celebrates inclusive behaviour and Love Monster embodies a sense of collaboration. We are delighted to be working with Boat Rocker and UYoung bringing a truly international collaboration to preschool screens right round the world.” — Cheryl Taylor, Head of Content BBC Children’s

DHX Media has landed the weird and wonderful animated comedy Dorg Van Dango (52 x 11’) an exclusive deal with Nickelodeon International, which will launch it on territories worldwide, with an anticipated 2020 debut. Aimed at kids 6-11, the series is co-produced by DHX Media (Canada) and Cartoon Saloon (Ireland), in association with Family Channel (Can.) and RTE (Ireland). Based on an original idea by Fabian Erlinghäuser (Song of the Sea) and Nora Twomey (The Breadwinner), the show follows Dorg, a normal kid, living in the very normal town of Normill. That is, until he meets THE MAGICALS: Jet Lazor the unicorn, Patronella the witch, RD the alien and Yooki the ghost — escapees from Area 51 and in desperate need of help. So, Dorg disguises them as teenagers and hides them in the basement in the local shopping mall.

“The world of Dorg Van Dango is really hilarious and quirky. What kid wouldn’t want a super-cool unicorn, a curious alien, an ancient witch and an eerie ghost as his secret, new best friends? When these escapees from Area 51 look to ‘normal kid’ Dorg Van Dango for help, things get crazy. Alongside the team at Cartoon Saloon, we’ve created something really fun and special here, and we’re confident Nickelodeon’s international audience is going to love following the adventures of Dorg and his unusual new friends.” — Josh Scherba, President, DHX Media

“We are thrilled to be partnering with DHX and Cartoon Saloon on Dorg Van Dango. The vibrant, fun, fresh look of the series and unique stories of friendship, are a perfect fit for Nickelodeon and we look forward to introducing Dorg and the Magicals to our audience internationally.” — Layla Lewis, SVP Global Acquisitions and Partnerships, Nickelodeon.

“I want to thank the very clever people at Nickelodeon for joining Cartoon Saloon and our wonderful colleagues at DHX Media on this journey to bring Dorg and his friends to an international audience. Our Emmy-winning comedy writer, Nick Murphy, has been leading a team of Irish and Canadian writers to create scripts that have left me crying laughing. Our creative team of Fabian Erlinghauser, from Cartoon Saloon, and Matt Ferguson, from DHX Media, are preparing a show that has a very colorful, original look. Something fresh for a new generation of kids out there. We’re all very excited!” — Paul Young, CEO of Cartoon Saloon

Jupiter’s Legacy follows the world’s first generation of superheroes who received their powers in the 1930s. Now, in present day, they are the revered elder guard, but their superpowered children struggle to live up to the legendary feats of their parents. Steven S. DeKnight serves as showrunner and executive producer, with Millar, Lorenzo di Bonaventura and Dan McDermott, and graphic novel artist Frank Quitely. DeKnight will write and direct the first episode.

PBS KIDS is premiering new episodes of hit series Pinkalicious & Peterrific just in time for Valentine’s Day. New adventures inspired by the children’s books by Victoria Kann will be:

“Monkey Dance” (Feb. 12) Pinkalicious and Peter are surprised when they find a monkey outside their treehouse! While their new friend is lots of fun, she’s also a bit of a trickster – and pretty messy! What will Mommy say when she finds the kids monkeying around with Maisy the monkey? Curriculum: Dance – Call and response is a collaborative approach to creating choreography.

“Royal Peacock Dance” (Feb. 12) Pinkalicious’ class is putting on a dance recital and whoever has the best posture gets to wear the Royal Peacock Crown! Rafael and Pinkalicious practice by balancing a stack of precious objects on their heads, including Mommy’s favorite tea cups. Who will get to be the Royal Peacock? Curriculum: Dance – Techniques for maintaining good posture.

“Star Light, Star Not So Bright” (Feb. 13) A star from the heart-shaped constellation has landed in the Pinkerton backyard! Pinkalicious and Peter are excited to have their very own star, until it starts to dim. Will they be able to return the star to its friends in the night sky? Curriculum: Visual Arts – Experimenting with different materials and tools to make art.

“The Opera-matic” (Feb. 13) With Mommy’s latest invention, the Opera-matic, anything you say sounds like opera! Pinkalicious, Peter and their friends have fun playing with it — until the machine suddenly breaks and they have to sing their very own operatic apology to Mommy. Curriculum: Music – Children will learn that opera is a musical genre in which stories are expressed through musical dialogue.

“Pink Love” (Feb. 14) It’s Valentine’s Day in Pinkville! Pinkalicious can’t wait to show her classmates just how much she loves them by making homemade collage Valentines out of their favorite things. But when the Valentines are accidentally destroyed, Pinkalicious needs to come up with a creative solution – fast! Curriculum: Visual Arts – Using found materials to create collages.

“Duocorn” (Feb. 14) Pinkalicious and her unicorn friend Goldilicious compete in an imaginary race – the Great Unicorn Challenge! Peter really wants to play, but he doesn’t have a unicorn to ride, until he conjures up his very own – a duocorn. Curriculum: Dance – Using costumes, props, masks, and simple sets in role playing. Interstitial: Kids meet mixed media artist Chanel Thervill and use materials to create collages.

“Fashion Fun” (Feb. 15) Jasmine, Lila and Pinkalicious are inspired by fashion designs to create their own, unique outfits! But when Pinkalicious’ design comes apart at the seams, she learns that with a little innovation, she can create an even more pinkaperfect dress! Curriculum: Visual Arts – Viewers will learn how to create clothes using unconventional materials.

“Welcome Pinka Bear” (Feb. 15) A baby pinka bear has been born at Pinkville Zoo! Pinkalicious, Peter and friends bring homemade baby gifts to the new arrival, who turns out to be a shy little cub. Pinkalicous learns that with a little patience – and some sweet singing – the baby pinka bear is ready to say hello! Curriculum: Music – Learning different modes of self-expression and creativity; exhibiting a range of dynamics (soft/loud). 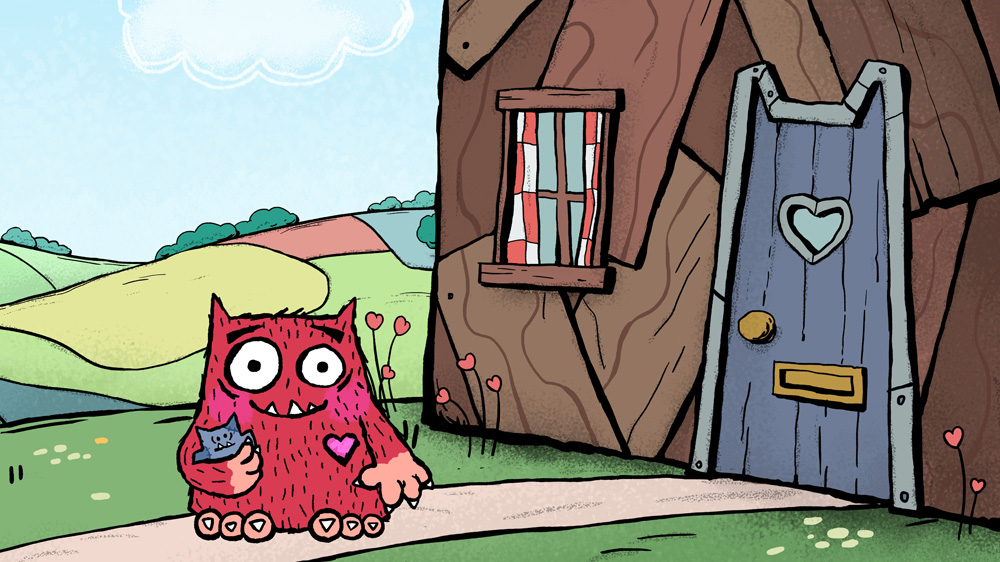 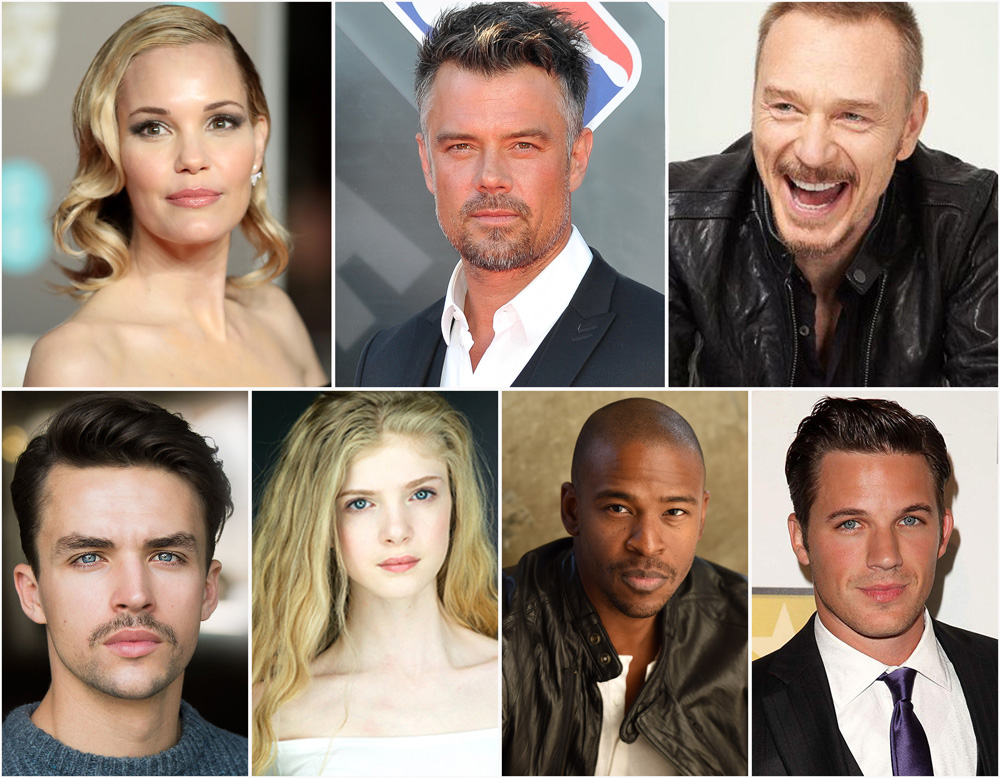 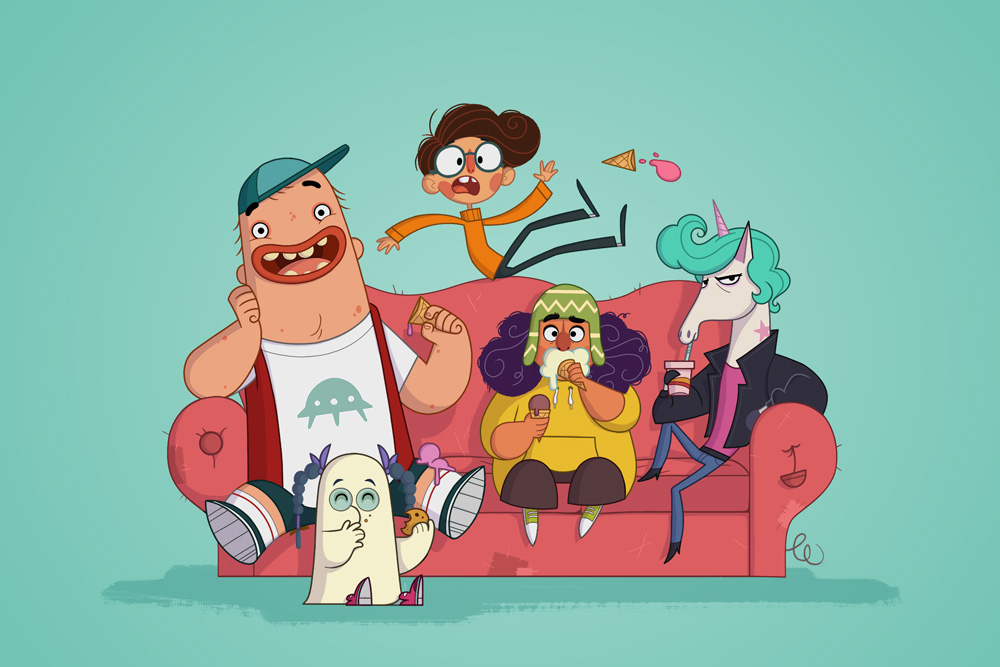