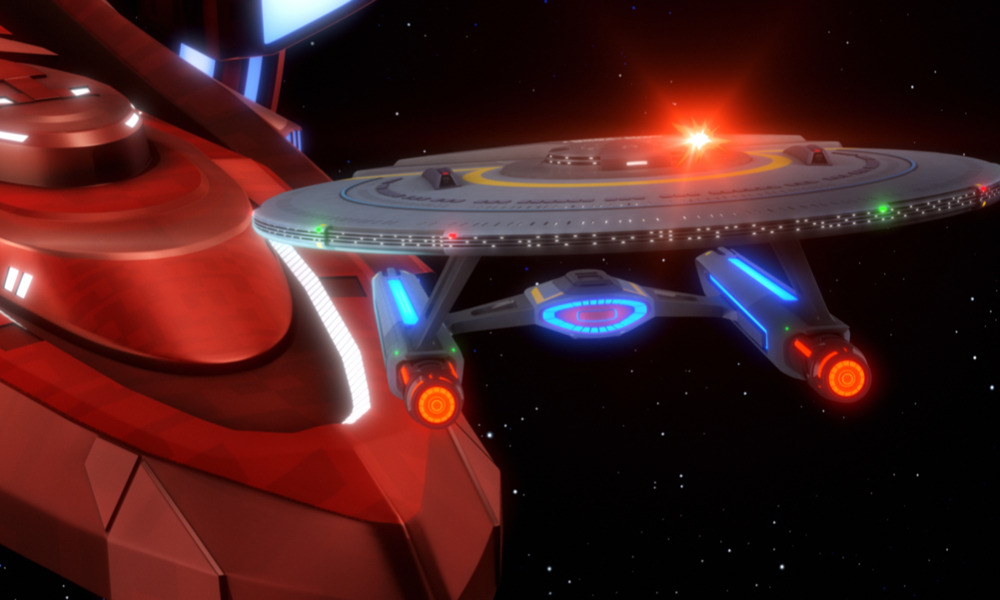 “Four years ago, we made a promise to grow Star Trek into something it had never been before, and thanks to the incredibly hard work done by our many talented showrunners, writers, and directors, along with the extraordinary support of CBS Studios and Paramount+, we’re keeping our word,” said Alex Kurtzman, architect and executive producer, Star Trek franchise. “Now our current shows are set up for the future as we work to build Trek’s next phase of programming for years to come.” 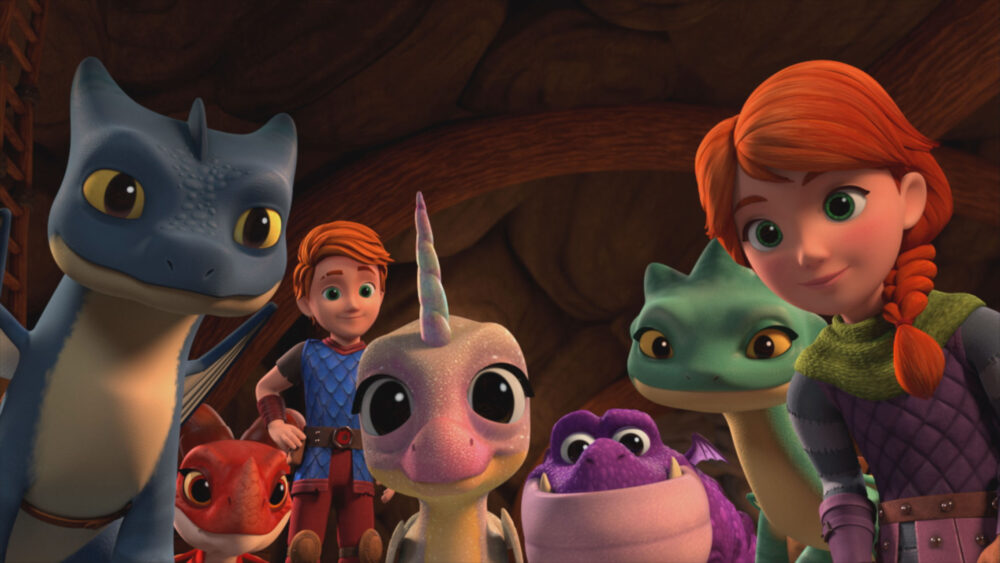 Peacock debuted the official Season 2 trailer for its soaring family adventure DreamWorks Dragons Rescue Riders: Heroes of the Sky, premiering exclusively on the streamer February 3. In the new 6 x 22′ season, Dak, Leyla and the Rescue Riders are ready for all new high-flying adventures as Burple finds his strength and becomes “The Incredible Burple” and Haggis goes missing! But when the gang discovers new dragons — a Relentless Rainbow Horn named Sparkle, a Stinkwing with a powerful smell and fast-flying dragons called Zommerangs — they will have to work together to courageously defend Huttsgalor like never before! 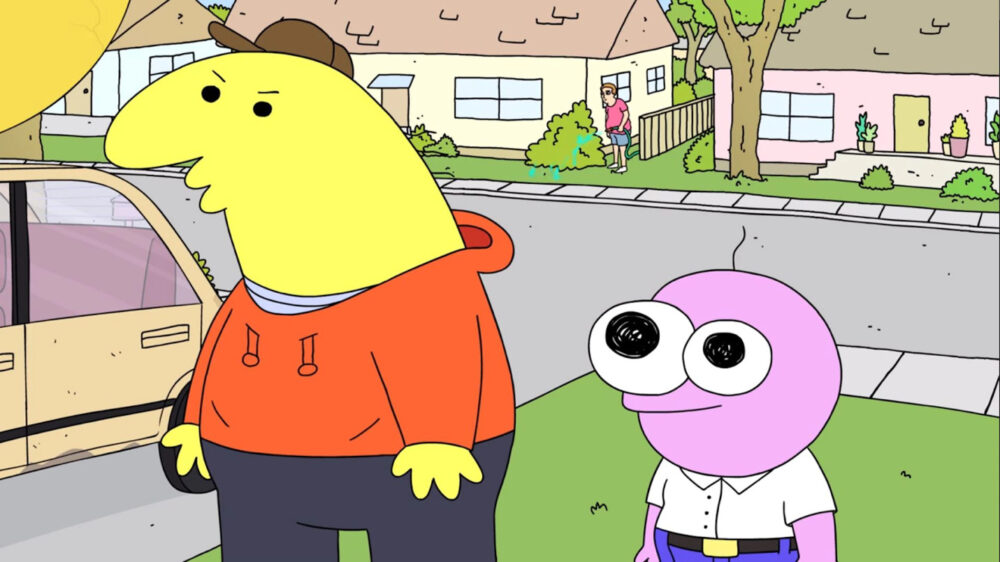 Following the Adult Swim broadcast premiere, Smiling Friends will be making special deliveries on new outlets. The show about the employees of a small company dedicated to bringing happiness to a bizarre yet colorful world — cynical Charlie, star employee Pim, meticulous Allan, mysterious Glep and their unpredictable billionaire Boss — will launch on the Adult Swim blocks of U.K. channel E4 and its VOD All 4 on January 20, and on streamer HBO Max on February 9. The series is created by Michael Cusack (YOLO: Crystal Fantasy) and Zach Hadel (Hellbenders).

South African studio Triggerfish’s third animated feature, Seal Team, is making a splash on Netflix! The CGI movie hit swam onto the global Top 10 films for the week ending January 9, 2022, with members watching over 10 million hours, making it the ninth most-watched film on Netflix in 27 countries across five continents. The film made its Netflix debut on New Year’s Eve. 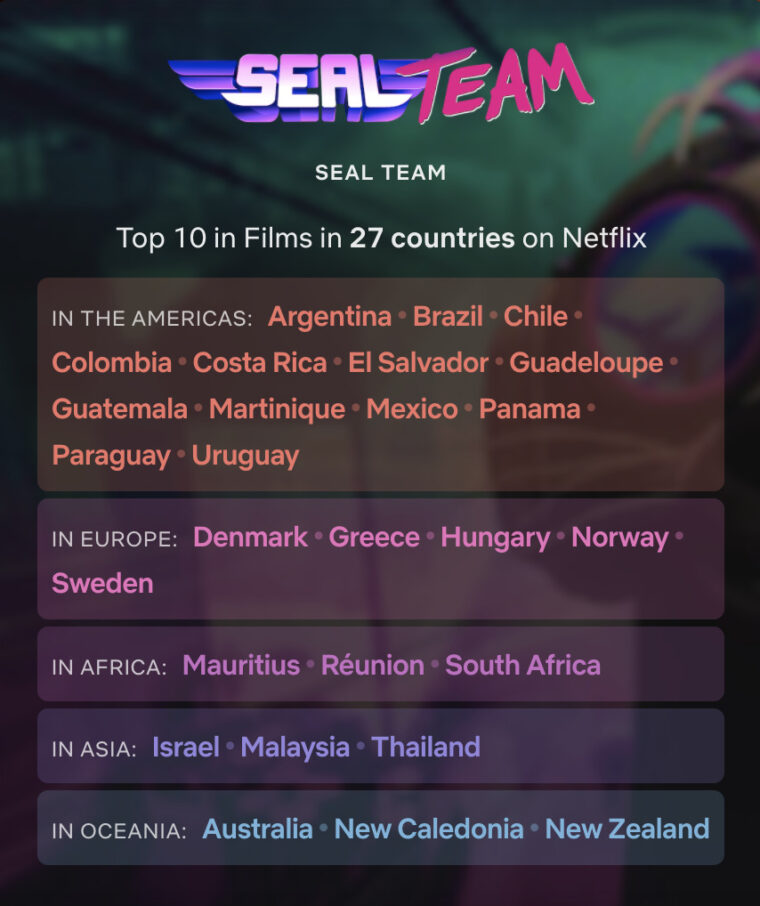 Seal Team is the story of Quinn (Jessie T. Usher), a seal who spends his days relaxing in the sun, splashing in the beautiful waters off the coast of Cape Town, and swimming for his life from Great White Sharks. When he decides it’s time for the food chain to bite back, Quinn recruits a ragtag team of likeminded seals brave, stupid and crazy enough to try and teach those sharks a lesson. The cast also features J.K. Simmons, Matthew Rhys, Kristen Schaal, Patrick Warburton, Sharlto Copley, John Kani, Dolph Lundgren and, of course, Seal.

“Believe it or not, our underwater military animal team is based on a real unit that trains seals and dolphins to disarm mines. Admittedly, the real-life version probably isn’t armed with exploding sardines and octo-suits made out of octopi that can change color…” said writer-director Greig Cameron (Kane Croudace was co-director). “[Seals are] these weird, flubby, amorphous slabs of butter on land. We went on a research trip diving with them. As we left the harbor in the boat, I was looking at these derpy seals just lying there on the jetty, and I was wondering, ‘Goodness gracious, how are we going to make an action movie with these guys?’ But then as soon as we got in the water, I was like, ‘Yes, this is going to work amazingly.’ When they get in the water, it’s not just that they’re faster: their whole bodies re-form into these darting bullets. They’re pretty much the physical manifestation of ‘squash-and-stretch’ animation.” 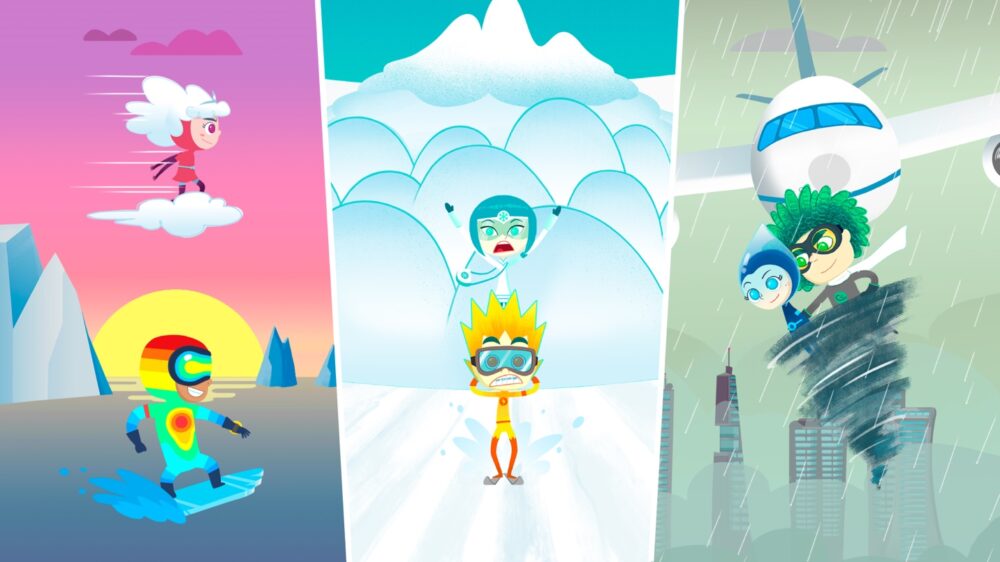 Mondo TV Group, one of the largest European producers and distributors of animated content, announced that the popular environmentally-focused children’s series MeteoHeroes, co-produced by Mondo TV and leading Italian weather forecasting center MOPI-Meteo Expert, has been licensed to Amazon Prime Video in Italy. The first 19 episodes launched January 15, the rest will premiere in April and September 2022, complementing the exclusive terrestrial window on Cartoonito (channel 46 DTT).

The first season has sold to more than 140 countries in 20 languages and has been among the biggest hit shows on Cartoonito in Italy since its launch in 2020. The initial launch on Prime Video, launched in Italy in 2016, will reinforce the show’s timely focus on such important topics as the fight against pollution, the need to protect bees, separate waste collection and many other good practices to safeguard our planet, all highlighted in the context of an exciting and entertaining adventure series. 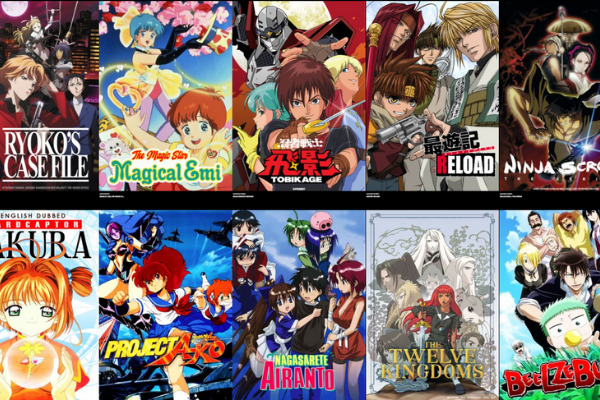 RetroCrush, DMR’s digital channel devoted to classic anime, has launched as a linear channel on LG Smart TVs (2018 models and newer). “Our entire DMR family deserves to be proud of the meteoric rise that RetroCrush has experienced since launching just two years ago as a social video channel,” said John Stack, Director – Digital Distribution, DMR. “The channel is now widely-recognized as the go-to media choice of classic anime fans globally. Today’s deal with LG is yet another benchmark for the RetroCrush brand.”

RetroCrush launched in April 2019 as a social video channel, growing to more than one million subscribers/followers on YouTube and Facebook today and averaging 38 million monthly video views. On March 30, 2020, RetroCrush launched as a standalone OTT service and app, which today includes more than 100 series and 40 features from the ’70s, ’80s and ’90s and is available on iOS, Android, Amazon Fire TV, Roku and smart TVs, and on desktop at www.retrocrush.tv. Four months later, it debuted as a 24/7 free, ad-supported streaming television (FAST) channel.