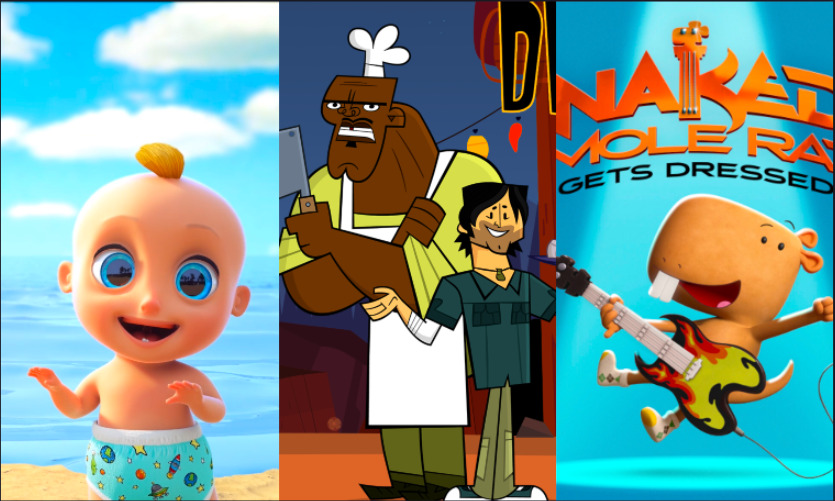 Kids entertainment specialist CAKE has announced a deal with the BBC for six seasons of Fresh TV’s award-winning animated Total Drama franchise. The BBC has joined Warner Bros. Discovery as co-commissioner of two brand new seasons of Total Drama Island (26 x 22’), currently in production and set to broadcast in the UK on CBBC and BBC iPlayer as well as in the US on Cartoon Network and HBO Max. Revisiting the original Total Drama format, Total Drama Island will introduce an updated cast of quirky, iconic teen contestants facing hard core competition, brutal eliminations in action-filled adventures and more drama than ever before!

The deal also includes 182 episodes of library content including the seventh season from the franchise – Total Drama Presents: The Ridonculous Race already available on BBC iPlayer and three seasons of Total Drama’s prequel, Total Dramarama, aimed at 6-11 year olds and set in a daycare with original teen characters aged down to troublesome toddlers! First launched in 2007, Total Drama is created by Tom McGillis and Jennifer Pertsch. The series is produced by award-winning Canadian producer Fresh TV and distributed internationally by CAKE. 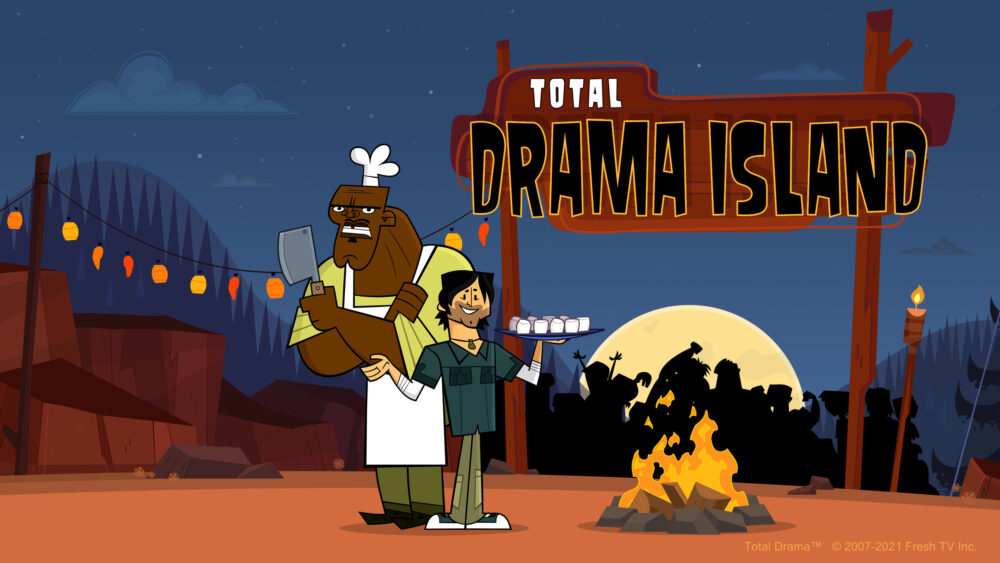 Global content distributor PGS Entertainment is now representing the hit YouTube toddler franchise Looloo Kids. Looloo Kids is popular among toddlers and preschoolers for nursery rhymes, songs, and games.  The edutainment brand started as a YouTube series and has grown through all its channels to be currently the 2nd most viewed animated IP on the platform, with more than 71 million subscribers and a combination of 40 billion views. It was recently the third  most-watched video on YouTube, with over 6 billion views. First introduced in 2014, the show is available on YouTube as well as on Apple Music & TV+, Android TV, Spotify, Roku, Amazon; the brand recently renewed its non-exclusive partnership with Netflix for the world (except China).

“Looloo Kids has organically created one of the biggest preschool successes of the decade. As they continue to expand worldwide rapidly, we are proud to be their partner in supporting their global expansion,” says Philippe Soutter, Co-founder at PGS Entertainment. 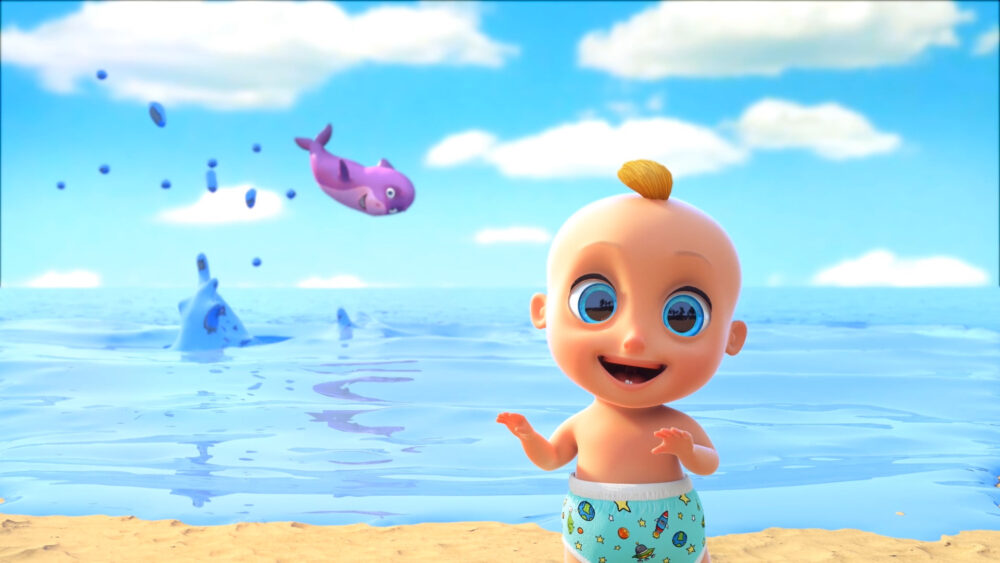 Cartoonito has unveiled the new trailer for its upcoming animated musical  special Naked Mole Rat, which premieres Thursday, June 30th on HBO Max’s the children’s block Cartoonito. Based on Mo Willems’ New York Times best-selling picture book, Naked Mole Rat Gets Dressed (Hyperion) and sold-out theatrical rock experience (Seattle Children’s Theater, The Alliance Theater, and venues across the nation), this animated rock opera strikes a power chord about accepting others. The musical event is accessorized by a fun and funny tale about a sensitive, curious and rockin’ Naked Mole Rat named Wilbur (voiced by Jordan Fisher) who “scandalously” decides to (gasp!) get dressed! The message of authenticity and accepting others are in perfect harmony with Cartoonito’s Humancentric Learning Framework. Find out what happens when Wilbur’s newfound love of rocking outfits rocks Naked Mole Rat society to its core. You can read all about the making of this fun special in this month’s Animation Magazine (June/July 2022, Issue 321).

London-based distributor Media I.M. has announced that Sunny Bunnies Sing-Along, a new spin-off from the popular animated Sunny Bunnies pre-school series, will go into production this month, with the first episode due to be released in August.

The new series of 26 x 2.5-min episodes is a co-production between the premium kids’ and family AVOD network, WildBrain Spark, and Poland’s Animation Café, which took over the production and rights to the pre-school phenomenon in March this year. The partnership will see Warsaw-based Animation Café ramp up production of the new Sunny Bunnies music sub-brand, which is being developed off the back of the global success of the Sunny Bunnies series, now in its sixth season. Sunny Bunnies has had over 3.8 billion views and 2.6 million subscribers since it launched on YouTube in 2015.

Animation Café will produce two new episodes for Sunny Bunnies Sing-Along per month from mid-August. Launching initially on the official Sunny Bunnies YouTube channel, each episode will feature a popular nursery rhyme, which will be ‘Bunnified’ with funny new lyrics, musical arrangements and the brand’s signature animation. U.S.-based children’s animation veteran Michael Mennies (The Fixies; Kit ‘n’ Kate; Take My Muffin) has been named as the music producer on the new series.

Launched in 2015 on YouTube, Sunny Bunnies was picked up in 2016 by Disney Channel, Disney Junior and DisneyNOW in the US. A wave of high-profile sales across Europe and Asia-Pacific followed, as the pre-school animation’s popularity built around the world. It now airs in more than 160 countries and is supported by a comprehensive L&M strategy encompassing toys, books, magazine, publishing and apparel. 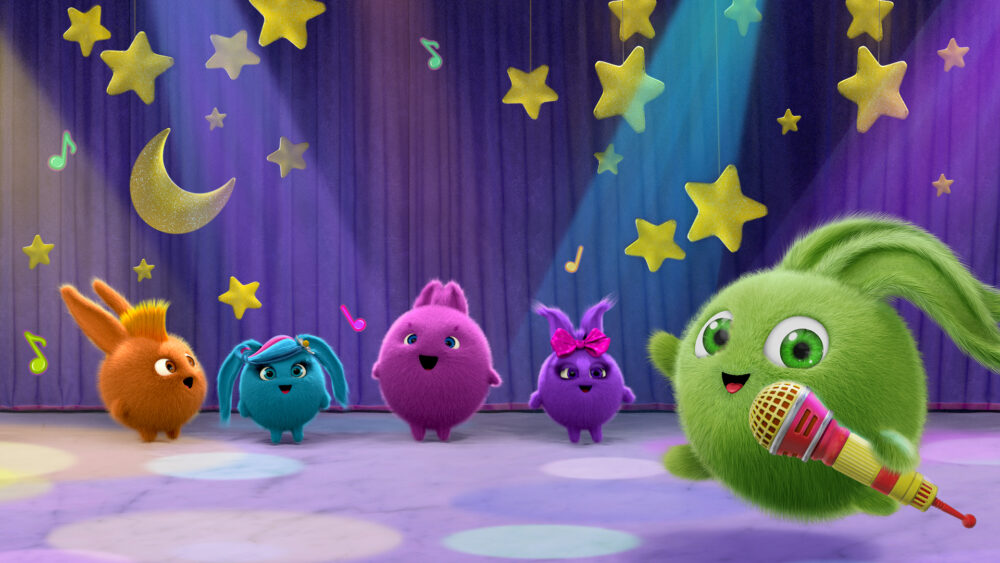