Jimmy Two Shoes Receives Award of Excellence: Breakthrough Entertainment’s long-running animated series, Jimmy Two Shoes has received the “Award of Excellence for Best Television Program Animation, Ages 9–14 Category” from the Youth Media Alliance’s Award of Excellence Gala. Youth Media Alliance has been recognizing the importance of quality television and interactive contents for Canadian kids for over 38 years. Created by Edward Kay and Sean Scott, and produced by Breakthrough Entertainment in association with Teletoon, Jimmy Two Shoes debuted in 2009 and ran for three seasons (52 episodes). The series centers on thrill-seeking optimist Jimmy and his adventures in Miseryville, which is ruled by Lucius Heinous VII.

“We are honored to receive this recognition among 2013’s impressive line-up of nominees,” said Ira Levy, executive producer and partner of Breakthrough Entertainment. “Youth Media Alliance is one of our industry’s most important organizations and we are excited that Jimmy Two Shoes has joined its ranks.” 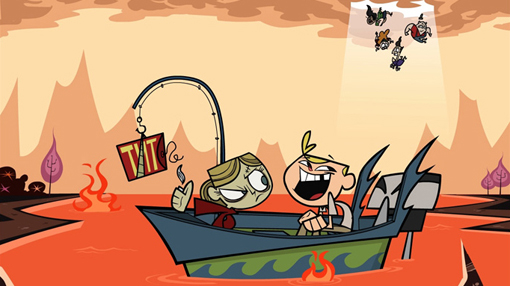 Cake to Distribute Ella Bella Bingo: Singapore’s August Media Holdings and Norway’s Kool Produktion have closed a deal with Cake Entertainment as the new distributor for their animated pre-school series Ella Bella Bingo. The producers have also welcomed an order for an additional 52 episodes for the series.

Targeted at pre-school children, Ella Bella Bingo follows the adventures of happy-go-lucky Ella and her friends. Directed by the BAFTA winner and EMMY nominated director, Ginger Gibbons and scripted by the acclaimed writer Sam Barlow, each seven-minute episode is about how Ella uses her boundless creativity and infectious enthusiasm to solve everyday problems in spectacularly innovative ways.

The second season of the show is expected to hit TV screens in Scandinavia and the ASEAN region during winter 2013. 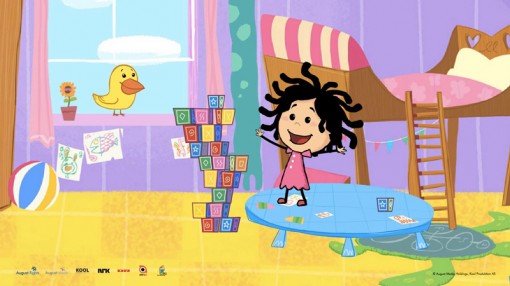