Sticky’s Dukes of Bröxstônia Premieres On ABC3: Sticky Pictures acclaimed animated series the Dukes of Bröxstônia will kick off its third season on Australia’s ABC3. The seven-minute, dialog-free series centers on a crazy band from Bröxstônia —singer Arj, drummer Barj and guitarist Larj. The new format in the third season is based on a Bröxstônian TV broadcast – complete with Bröxstônian advertisements and channel idents. The new series makes its worldwide debut on ABC3 today (Monday, April 15) at 7.25am. For more info, visit www.stickypictures.tv. 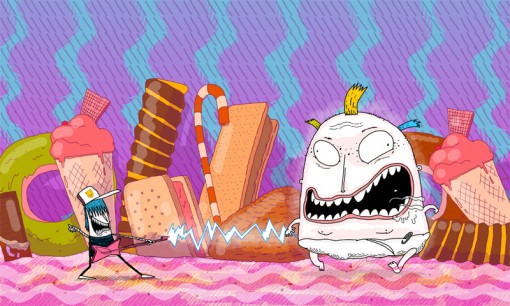 Zodiak Kids Signs Trademark for Tickety Toc: Zodiak Kids has signed a new deal with licensed bags manufacturer, Trademark Collections for its hit pre-school show Tickety Toc. The three-year deal which covers the U.K. and Eire will see Trademark’s product line-up which includes bags, purses and wallets, wheeled luggage and umbrellas arrive at retail from Spring 2014. New episodes of the CG-animated show will appear on Milkshake and Nick Jr. beginning in May. Zodiak Kids control all worldwide rights for Tickety Toc except in Korea and Japan. 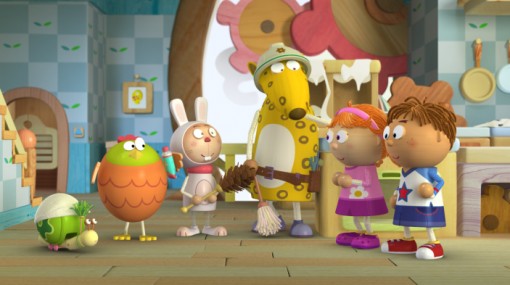 Gruppo Alcuni’s Pet Pals Heading for Indonesia: Italian studio Gruppo Alcuni has signed a new deal with Spectrum Film for the TV and DVD rights of the 52 brand new episodes of Pet Pals for Indonesia and Sri Lanka. Aimed at 4 to 7-year-old audiences, Pet Pals is based on the adventures of five animal friends and teaches kids about positive values such as non-violence, cooperation, discovery and friendship. The show is broadcast on Rai 2, Rai Yoyo and Rai Gulp in Italy and more than 40 countries worldwide. In the new 52-episode, CG-animated season of the show, Crow Witch has decided to cancel the past, erasing all traces of her humiliating defeats by the Pet Pals. Our intrepid heroes discover an antidote to her spell and embark on an epic journey in search of the potion’s mysterious ingredients. 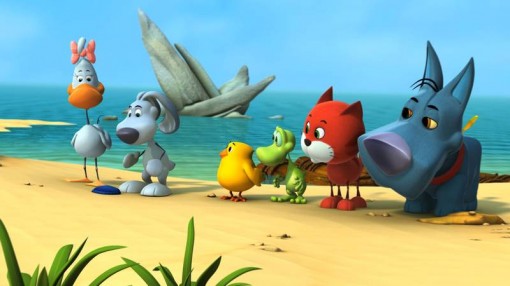