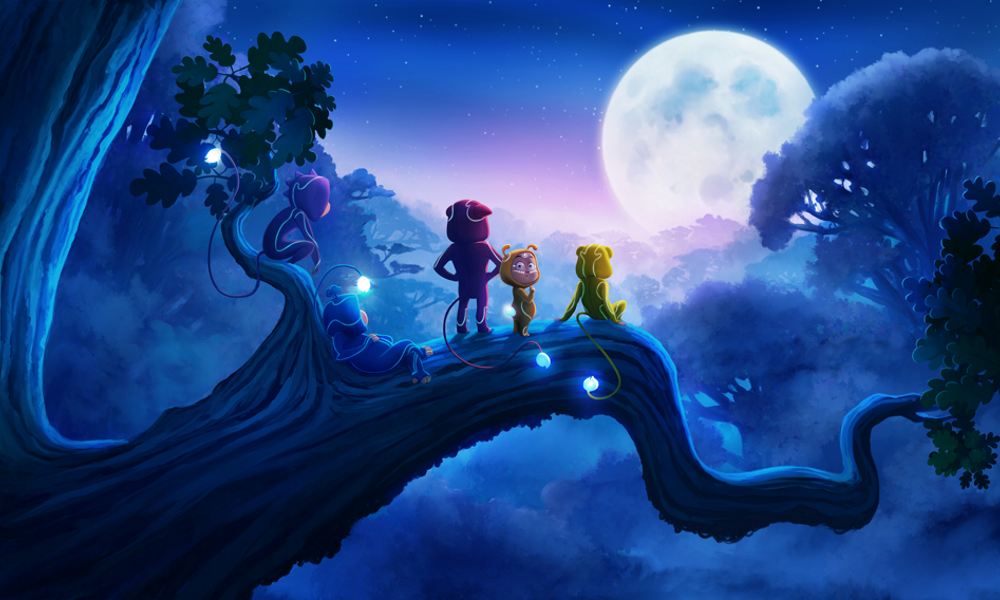 Animaccord has been tapped by Spin Master Corp. to manage media and licensing representation for the CG animated series Super Dinosaur (26 eps.) in select regions: Russia & CIS, Eastern Europe, Baltics, MENA, Turkey, Italy and France. Furthermore, Animaccord will produce and distribute apps & games as well as replicate its successful experience in content management to launch official Super Dinosaur YouTube channels worldwide. Aimed at kids 6-11 and based on the comic-book series by Robert Kirkman and Jason Howard, the action-adventure series follows 10-year-old genius Derek Dynamo and his genetically engineered T-Rex best friend as they protect the planet against evil. 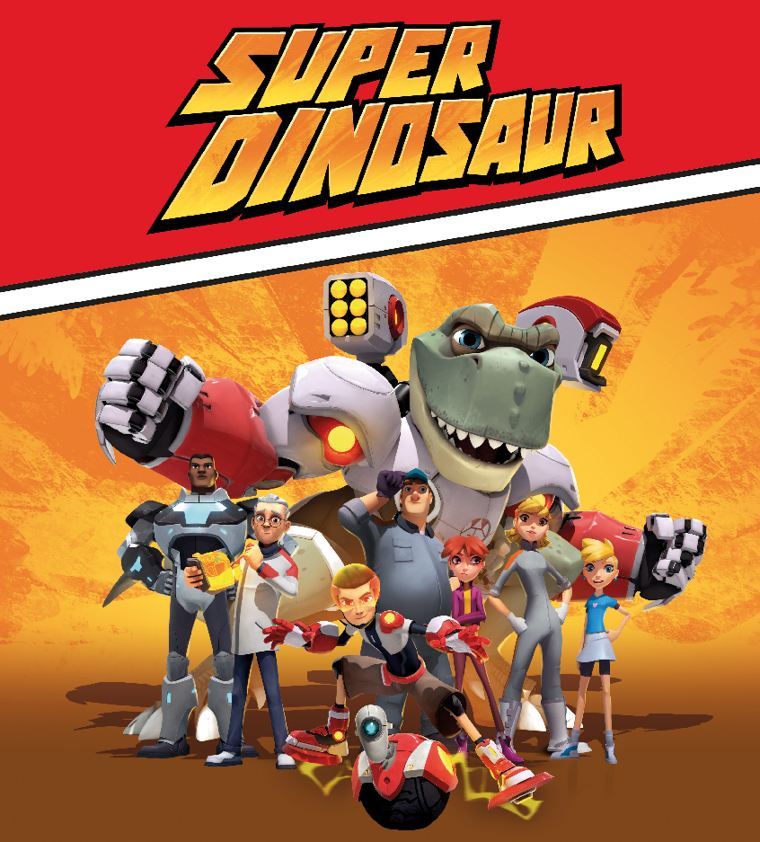 APC Kids will be introducing Minimoons to the Kidscreen Summit.

Minimoons (co-pro with Zephyr Animation and Supamonks), aimed at kids 4-8 , is an action-packed, environmentally conscious, 3D CGI (with model backgrounds) adventure-comedy about five little creatures that come from the Moon down to Earth to help animals and plants who are suffering or in trouble. They live action-packed adventures trying to help whoever or whatever is in need, while learning from the behavior of animals and plants (based on actual facts) in order to solve their own emotional issues. Package: 52 x 11’. Delivery: 2023. Seeking commissioning broadcasters.

Seekers, produced by Bruno Felix and Femke Wolting and inspired by the art of Dani Diez, is a story of cosmic hope for kids 6-11. It’s a time when the galaxy totally sucks, and our unlikely hero Milo knows this better than anyone. Everything has been inexplicably carved up by epic, impenetrable forcefields, cutting through the heart of​ whatever got in their way – whether it’s a planet, moon, city or​ settlement. When Milo stumbles into his all-time heroes – the SEEKERS! Intergalactic​ Gladiators, long thought dead – they set​ out to uncover what’s behind this mind-blowing mystery, break through these barricades, and mush all kinds of bad guys along the​ way. Package: 26 x 22’. Delivery: Early 2022. Seeking investors, co-producers and distribution partners. 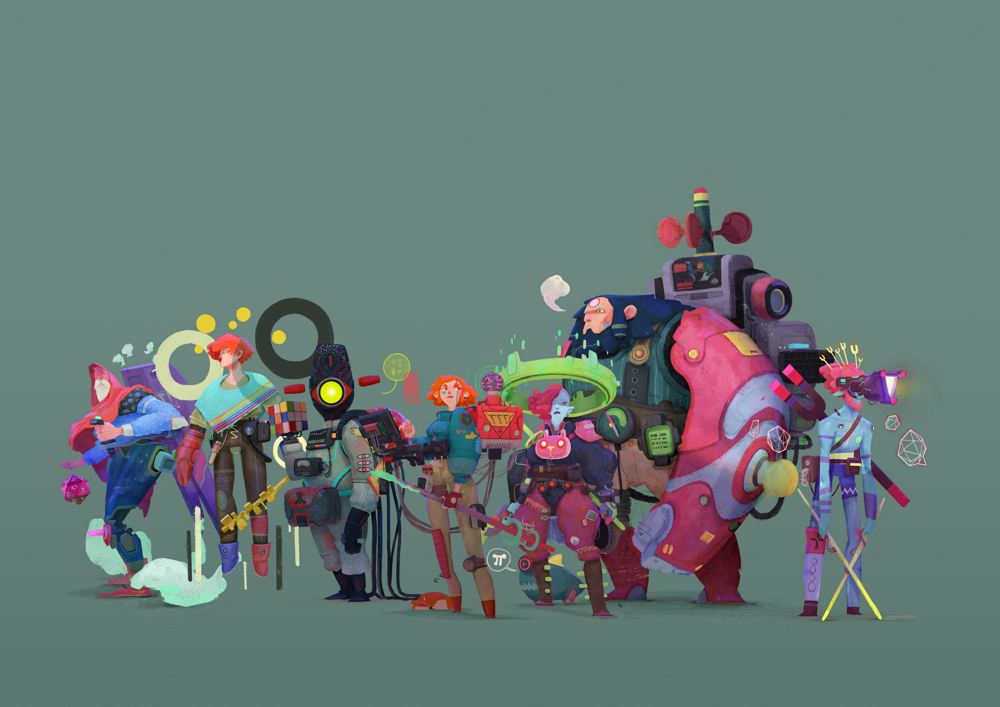 BBC Studios announced new distribution deals for its pre-k it Hey Duggee (produced with Studio AKA). Signing on for Season 3 are Canal Panda (Spain), DeAgostini (Italy), ABC Australia and Czech TV, with CCTV14 in China picking up S1-3. The third season launched on CBeebies in the U.K. in 2019, and has been a huge hit with parents and children ever since. From launch in February, the “Toothbrushing Badge” episode held the number one spot across all U.K. preschool viewing until November, when it was overtaken by the “Philosophy Badge.”

“We’re thrilled to see the growing global popularity for Hey Duggee. Its warmth, humour and positive approach to learning and trying new things has resonated with audiences everywhere,” said Henrietta Hurford-Jones, Director of Children’s Content Partnerships for BBC Studios. “It stands out for its appeal to both parents and children with its eye-popping colourful creative and nods to popular culture.”

Cyber Group Studios has partnered with Beijing-based Pacific Media Group to manage and distribute the popular Gigantosaurus preschool television franchise and related consumer products and marketing in China. As part of a strategic agreement with Alibaba Group’s Youku, Gigantosaurus premiered in China on December 23, and has since ranked in first place in the Popularity Lists of Youku’s animation from foreign territories. In addition to the success of the animated content, Gigantosaurus took over Youku’s homepage for almost a week with a variety of content ranging from short video clips to downloadable graphics, which was only the second time for an international animated series to have such significant promotion. 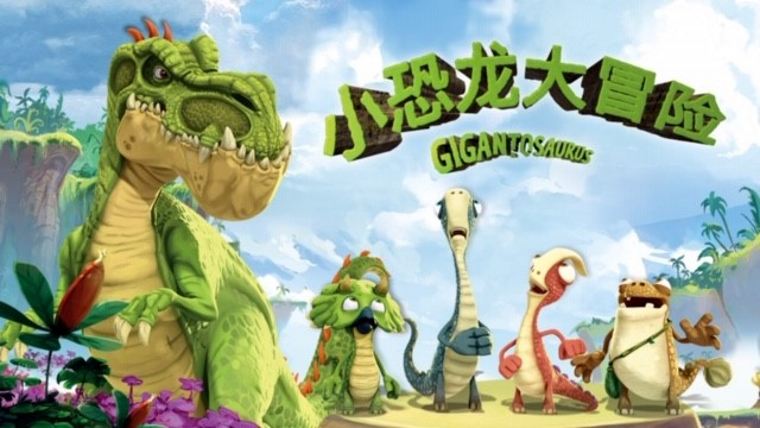 Gigantosaurus began airing on CCTV14 on December 26, Monday through Friday with five episodes a day. CCTV is the predominant public television network in Mainland China, with 50 channels accessible to one billion viewers. On January 24, characters Mazu and Tiny appeared on CCTV’s New Year’s Eve Gala,the most-watched entertainment TV program in the world, with an audience of nearly a billion people. Gigantosaurus’ characters are part of a very small group of foreign children’s characters who have been asked to appear on the program, which started in 1983 and features China’s biggest stars.

Consumer products and other entertainment, such as a live tour, are expected to reach Chinese consumers in the coming months. Jakks Pacific, the master toy licensee for the brand, has already begun shipping product in Mainland China.

eOne continues to fuel international hit Ricky Zoom, announced a second season of 52 x 11’ is zooming into production, racing to screens as soon as November 2020. Since its debut at the end of 2019, Ricky Zoom has raced to success achieving outstanding ratings in multiple markets and across several platforms: It is currently a top 5 preschool show with boys on Nickelodeon in the U.S., #1 on Nick Jr. commercial kids’ channel in the U.K., and the #1 show on Clan in Spain. From their weekend line up, it is a top 3 show on Treehouse in Canada and consistently outperforms channel averages on RAI in Italy and across the LatAm region. In China, the series has garnered an impressive 425+ million views on streaming platform, YouKu. 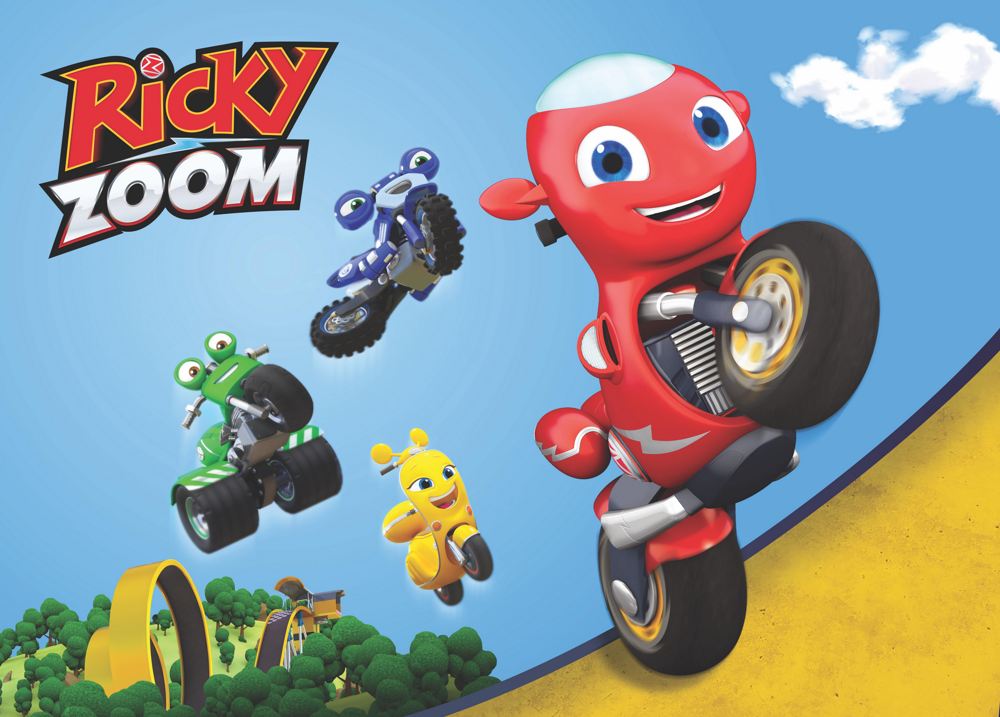 The property’s first app, Welcome to Wheelford, has been downloaded more than 4 million times globally since its release in August 2019. eOne is readying the launch of the first wave of consumer products in key territories, led by global master toy partner TOMY, including six key product skus across a variety of price points focused on core characters, rolling out in multiple territories this spring. The toy launch will be followed by a limited range of secondary category product launches in 2020, including publishing, puzzles and games, arts and crafts, apparel and accessories with additional secondary launches planned throughout 2021. 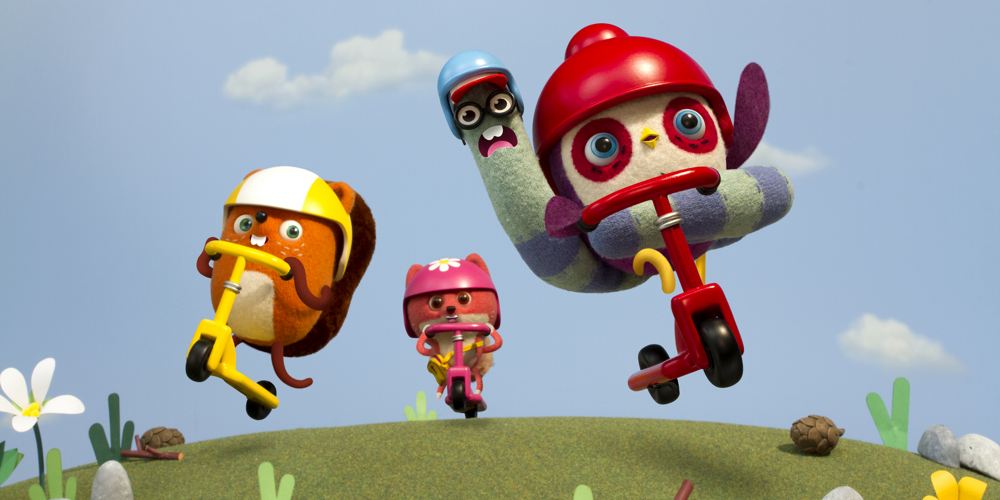 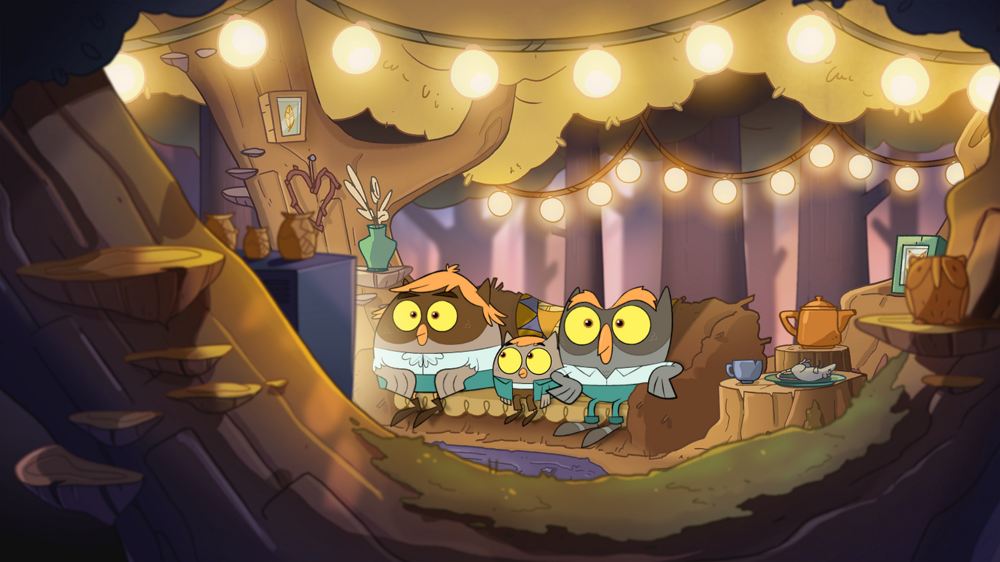 Leading animation studios of Ireland are lining up to form a delegation of film and TV toon producers at Kidscreen Summit 2020. Led by Animation Ireland, the delegation will showcase the world-class creativity and potential that Ireland has to offer. Animation Ireland will be linking up with the Consulate General of Ireland and Enterprise Ireland at the event to help Irish studios pitch to global names like Disney, Netflix and Amazon. Participating studios include Brown Bag Films, Cartoon Saloon, Daily Madness, elk. Studios, Giant Animation, Ink and Light, JAM Media, Kavaleer, Lighthouse Studios, Moetion Films, Monster Entertainment, Pink Kong Studios, Telegal, Studio Meala and 9 Story Media.

“Ireland has an array of talented animators and producers,” said John Phelan, Animation Ireland’s Independent Chair. “Kidscreen enables us to showcase our talent to others and get a taste of what is being created around the world. Animators can spend time with children’s industry leaders and pitch to top executives.”

Worldwide distributor Monster Entertainment is launching sales of the eighth season of Sunrise Productions’ non-dialogue pre-k hit Jungle Beat (91 x 7’) at Kidscreen Summit. Currently in production, S8 (13 x 7’) will be ready for release in late 2020. Monster has distributed previous seasons of the show to broadcasters in over 150 countries, as well as 45 airlines. Key broadcasters included Turner’s Boomerang in GAS and CEE, RTE in Ireland, YLE in Finland, SVT in Sweden, VRT in Belgium, SRC for French-speaking Canada, and Gulli in French-speaking Africa. In addition to the new season, the animated feature film Jungle Beat: The Movie will be released in cinemas globally from this summer. The film is produced by Mauritius-based Sandcastle Studios and Cape Town’s Sunrise Productions, and distributed worldwide by Timeless Films.

Corus Ent.’s Nelvana (Kidscreen Brickell Rm., Ste. 3) is ramping up production on a third season of its original preschool series Ranger Rob. S3 (52 x 11’) will welcome new characters, more imaginative storylines, and thrilling surprises around every corner (and under some leaves!) when it debuts in summer 2020. “Since the series premiere in 2016, we’ve proudly watched Ranger Rob grow into an iconic franchise within Nelvana’s catalogue,” says Pam Westman, President, Nelvana. “We’re looking forward to introduce fresh characters and brand-new adventures that continue to inspire kids to get outside and explore.” 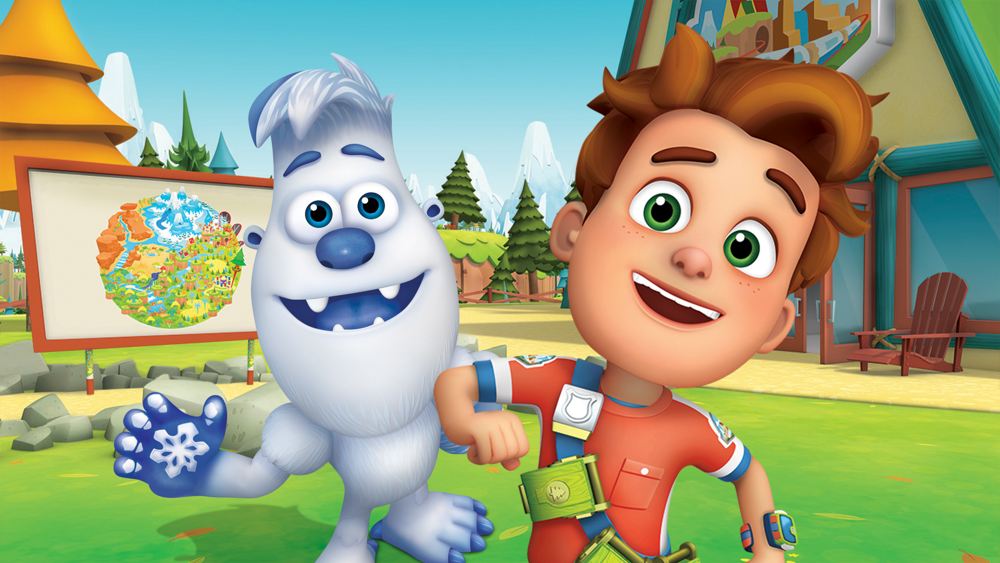 Rainbow (Italy) recently launched its animated hit 44 Cats on CCTV 14 China, and ratings have already established it as a leading show on the channel. Starting from February 4, 44 Cats has been airing daily on China’s major kids content channel. The 52 x 13’ preschool show follows the daily adventures of four adorable, music-loving kittens who solve problems in their neighborhood and encourage positive values. On the licensing and CP side, the brand is gaining rising popularity across the world. Guangzhou Art-land Holding Co. Ltd. is consumer product agent for the brand in Mainland China, Taiwan and Hong Kong.