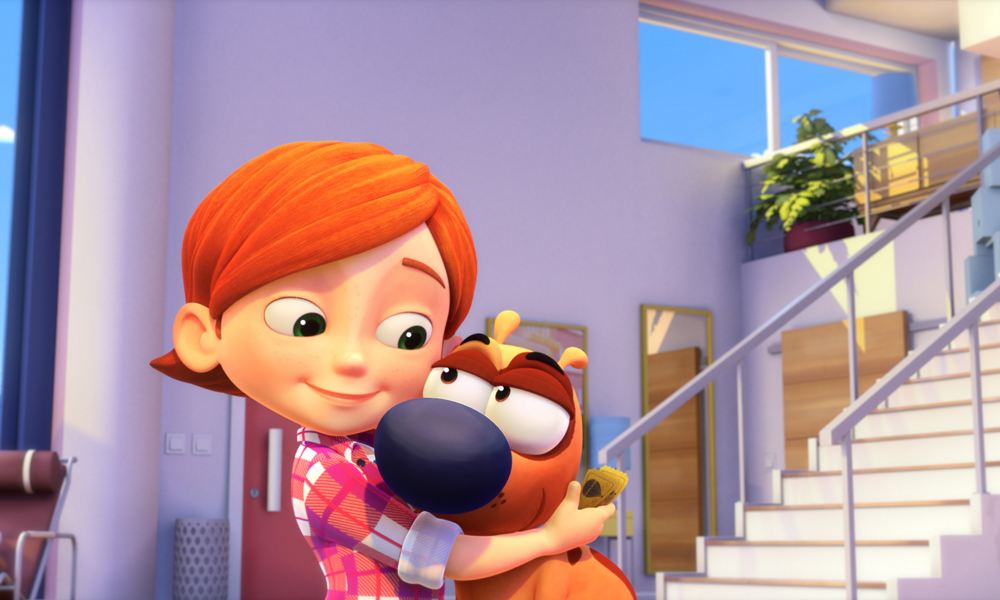 Animaccord’s international hit Masha and the Bear continues to prove popular, being named in the Top 5 favorite kids’ brands in Europe and Latin America by international entertainment market research agency BrandTrends. The toon grew in popularity by .7% to hit 3.7%, making the cut for the top 25 brands worldwide. The data was collected via BrandTrends’ survey tracker in November 2019 which polled hundreds of thousands of respondents about over 1,000 different brands simultaneously in 43 countries around the world. The top 5 for EMEA also included stalwarts Spider-Man, Marvel, Barbie and LEGO.

Stockholm-based Atem Entertainment is taking its comical CG kids’ series Space Yoghurt on a global adventure through a new deal with Fingerprint for its children’s platform Kidomi. “Fingerprint, award-winning industry leader in kids, family and innovation, is a big stepping stone for Space Yoghurt and a perfect fit for a kid-safe environment,” said Christer Hagglund, Co-Founder of Atem Ent. “Being part of the first streaming content experience designed just for kids is something we are looking forward to with great anticipation.”

Global kids’ streaming platform Azoomee has inked a deal with ZDF Enterprises to bring Season 2 of Lassie to its lineup of safe, positive screen content. Whether acting on convictions or intuitions or facing their greatest fears, their inner doubts and their feelings of guilt, Lassie helps her human friends develop and assert their personalities in the course of their extraordinary adventures amid magnificent natural surroundings. As Lassie shares her thoughts with the audience, we’ll discover the true depths of her loyalty and her courage, and her love for one very special young girl: an adventurous 10-year-old named Zoe Parker, whose hunger for adventure is as large as the National Park that she and Lassie call home.

U.K. studio LoveLove Films has been awarded development funding for its fun and crafty series Pop Paper City (52 x 7’) from the BFI’s Young Audiences Content Fund. The fund supports the creation of distinctive, high-quality content for audiences up to the age of 18, with up to £57 million ($73.7M USD) over a three-year pilot for content to be broadcast on free-to-access, Ofcom regulation TV channels and online platforms. Pop Paper City’s funding has been used for script development and a brand-new teaser trailer, the 4th Most Viewed Project at MIP Junior. The series’ distribution is handled by Aardman.

MaraKids is powering a new super-soft, cozy, musical world with the calming magic of lullabies in Hushabye Lullabye (10 x 3’), a new preschool series launching on CBeebies BBC iPlayer (U.K.) and as a box set on February 8. Created by Glasgow-based Sacha Kyle and co-produced with animation studio Once Were Farmers, the series taps the benefits lullabies to encourage calm, relaxation, singing and together-time between little ones and their families. In each episode, the loveable and ever-curious little alien Dillie Dally climbs aboard the Hushabye Rocket on an interactive and relaxing musical journey of exploration and discovery to soft and snuggly Planet Dream. Simon Parsons is exec producer, award winner Giles Lamb is composer and vocalist is Scottish singer Emma Gillespie. Will Adams handles the 3D animation. Julia Bond is commissioning editor for the BBC.

Newen Distribution (part of Newen Group, subsidiary of TF1) is royally chuffed to secure more sales for Kikoumba (78 x 7’) — its kids’ animated series chronicling the adventures of a “king of chill” lion who must fend off contenders for his crown every single day. New partners are DeAKids (Italy) and MBC3 (Middle East), with plans to premiere later this year. The show was previously picked up by Disney Channel (Germany) ahead of its official launch at MIP Junior 2019.

Superights leashed up multiple sales for its hit series Pat the Dog in Latin America: Spanish-language AV content leader Televisa has secured free-to-air rights to Season 1 (78 x 7’); the series will premiere on Channel 5 with a special marathon on March 16 (regular programming begins March 30 at 8 a.m.) Licensing agent CPL will rep the brand in all LatAm countries, having already secured a deal for back to school 2020 with Brazil’s Maxlog. Produced by Superprod (France) and Animoka (Italy), Pat the Dog has already been widely broadcast in LatAm by Discovery Kids, which has picked up S2. Both seasons have been acquired by Warner Media (EMEA & Asia) and Disney (Spain, France, Netherlands, Russia, Germany), while Pat’s new adventures are headed to France Televisions, RAI (Italy), Radio Canada, RTS (Switzerland), TV3 (Spain), VRT (Belgium) and VOD platform Mango TV (China). S1 was snagged by YLE (Finland), MTVA (Hungary) and Disney Channel (U.S.)

ZeptoLab has announced that Seasons 15-18 of hit mobile game-inspired preschool toon Om Nom Stories will roll out in 2020. After scores of super hero adventures, Om Nom & Om Nelle have decided to settle down and enjoy a bit of the quiet life in Nomville. All is going well until one day a glorious little troublemaker, Nibble Nom, pops into their life! The upcoming seasons are all about family. Nibble Nom, like his parents, is incredibly curious. As a result, Om Nom & Om Nelle will be putting their considerable experience with exploring, getting into and getting out of trouble to good use. Whether Nibble is stealing a rocket, captaining a pirate ship, or playing with monsters, Om Nom & Om Nelle will always be there to ensure Nibble is kept safe and having a great time along the way. The series of 3.5 minute episodes has been watched more than 16 billion times on YouTube and top VOD platforms like ITV (U.K.), NentGroup (Nordics), Karusel (Russia), Turner/Boomerang (LatAm), Netflix (LatAm) and CCTV (China). 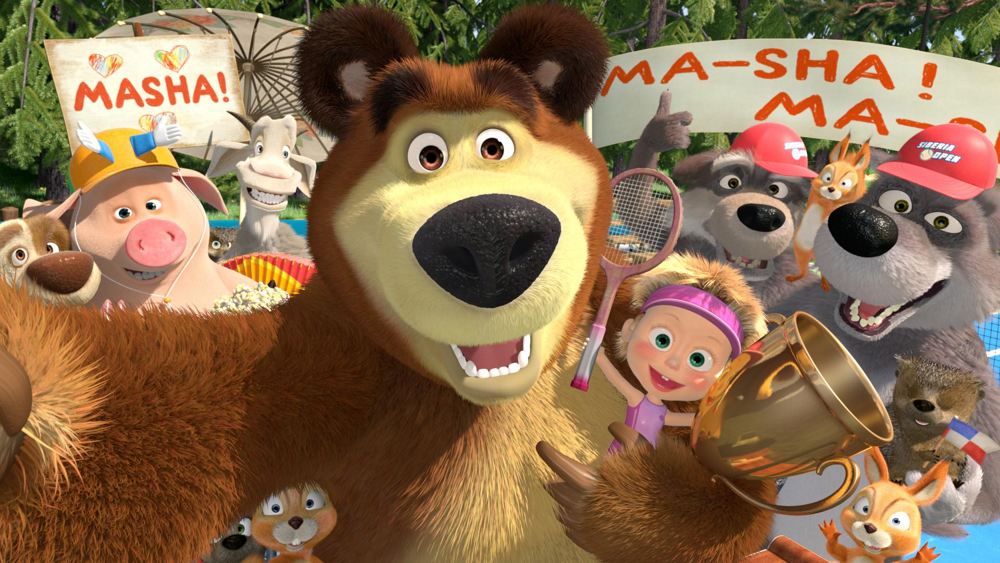 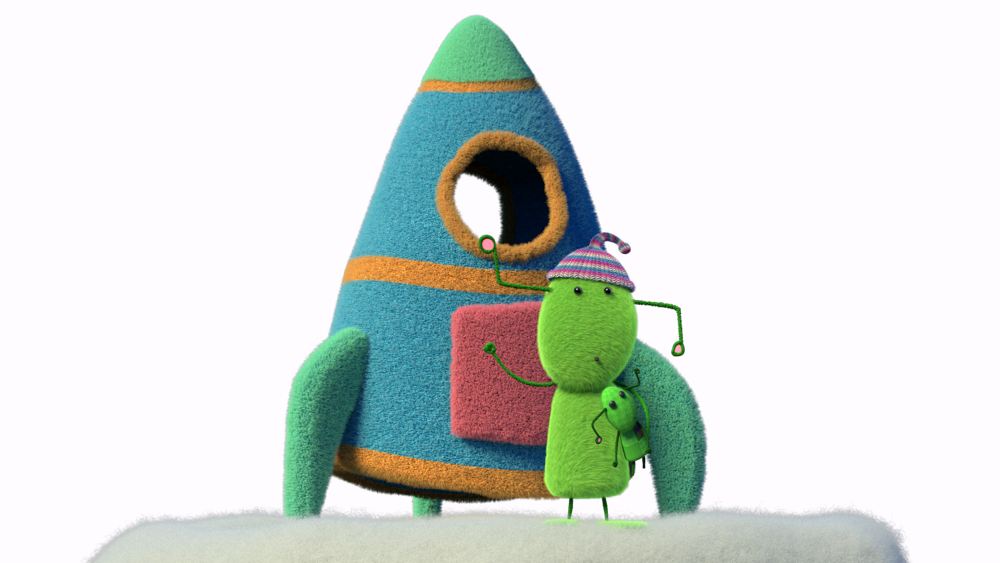 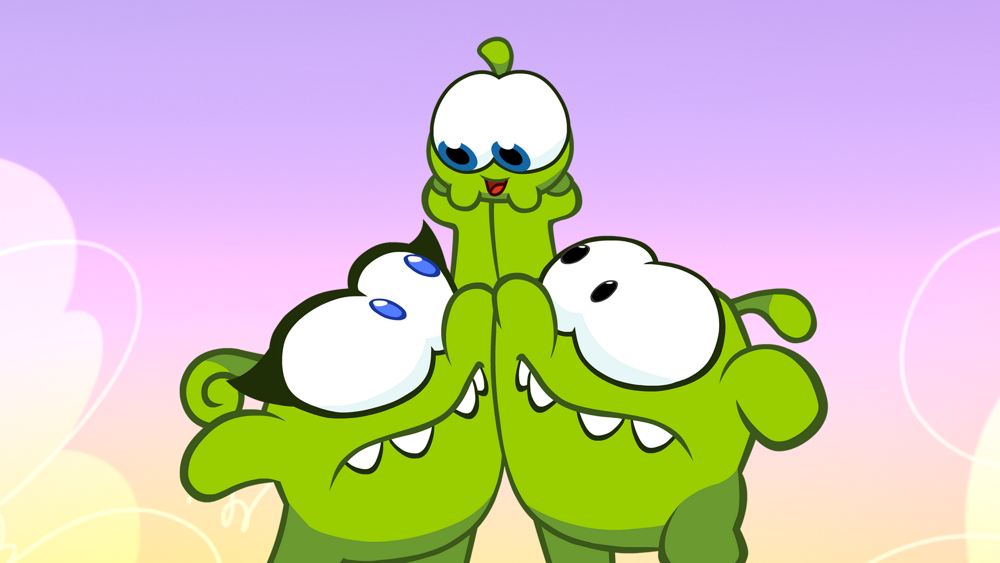 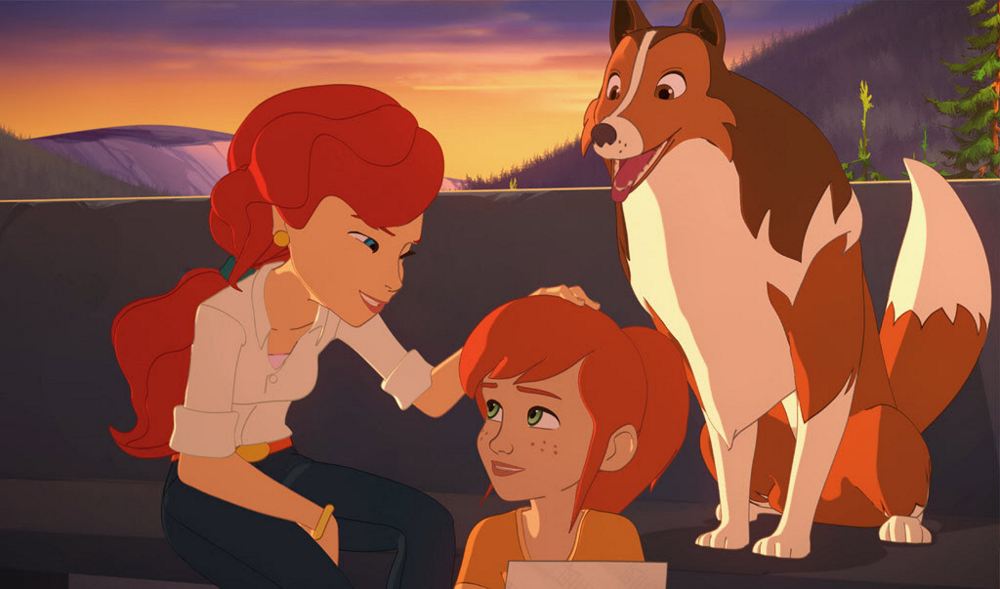