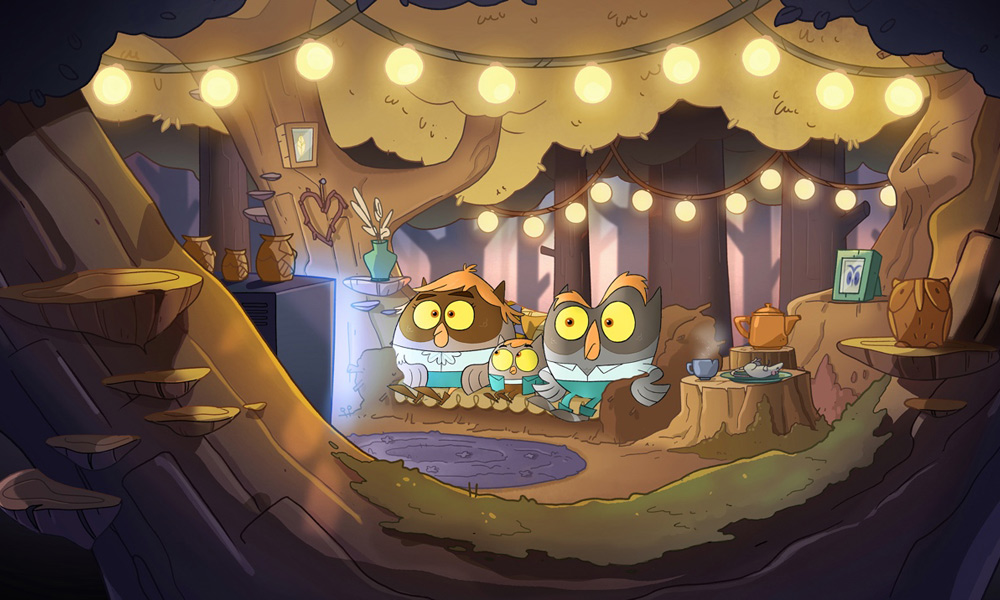 Dublin-based animation studio Turnip & Duck has announced that their first-ever original comedy series, Critters TV, will premiere on RTÉjr this October. The show is aimed at a co-viewing and family audience and promises to bring a unique “animals-eye-view” to natural history documentaries. Turnip & Duck plan to showcase the series at the forthcoming Cartoon Forum in Toulouse, France this month.

Turnip & Duck have produced this series in association with Daily Madness Productions, who provided design and animation services, and Crossing The Line Productions, who licensed their stunning archive of Irish wildlife footage to the production.

Critters TV is expected to be the centerpiece in RTÉjr’s autumn schedule. With a running time of 11 minutes per episode, the show features 2D animated animals watching live-action nature documentaries. The first season comprises 15 episodes, and the project team hopes to raise additional funds from investors meetings at Cartoon Forum. The production team is seeking support for further episodes of the series, which, when complete, will total 52 episodes by late 2020-21.

The current 15 episodes are funded with the support of RTÉjr, Screen Ireland, The Broadcasting Authority of Ireland and Section 481.

“We all grew up enjoying the brilliance of David Attenborough as he revealed incredible and interesting facts about the animal kingdom. We imagined how the animals themselves would react to seeing themselves on TV,” explained Colm Tobin, series co-producer and co-writer. “Critters TV is a fun and entertaining educational series, using world-class live-action nature footage adapted for a kids’ audience and offering a breath-taking backdrop to the 2D animated comedy taking place around it. For the first time in the history of television, we get the animal’s eye-view on nature docs, discover what they are really thinking, and learn some amazing fact about the natural world along the way.”

Each 11-minute episode features a short “show-within-a-show” nature documentary, covering a particular species of Irish wildlife — such as hares, swans, hedgehogs, garden snails and basking sharks — with narration provided by acclaimed Irish actor Barry McGovern. As the documentary plays out, animation captures the reactions of six different Irish animal families (The Foxes, The Squirrels, The Owls, The Badgers, The Hedgehogs and The Ticks) watching from the comfort of their front rooms. What follows is a comedy sketch show, smartly written and featuring a talented comedy cast including Maura Foley, John Colleary, Aidan O’Donovan, Kristina Yee, Tadhg Hickey and Laura O’Mahony.

“We think the Critters TV brand has huge potential to grow into a global franchise. Getting kids excited about the natural world has never been more urgent and we think we’ve created a format to educate them about wildlife through the prism of sketch comedy and stunning animation – education by stealth, if you will!” Tobin continued. “We’d love to grow the format beyond the initial run of 15 Irish-themed episodes and, in the same way board games like Trivial Pursuit produce many different editions, we could envisage spinoffs based around different themes – whether it be the strange and fascinating creatures that lie at the bottom of the ocean, the amazing micro-worlds of the insect life all around us or the beautiful and often deadly wildlife in the African Savannah… In short, with the right source footage, we could imagine multiple future series of Critters TV!”

Critters TV will premiere on RTÉjr on October 28, with two episodes stripped back-to-back from 6 p.m. across the mid-term break schedule. The series is produced by Turnip & Duck with the support of RTÉjr, Fís Éireann/Screen Ireland, The Broadcasting Authority of Ireland and Section 481.

Critters TV is created, written, produced and directed by Aidan O’Donovan and Colm Tobin, along with creative director Ian Benjamin Kenny, the brains behind three seasons of the award-winning puppet comedy Brain Freeze (produced for CBBC and RTÉ, sold globally by Aardman Rights). Audio and sound post production on Critters TV are provided by Gorilla Post Production, with a beautiful score by Wales-based composer Brollyman. 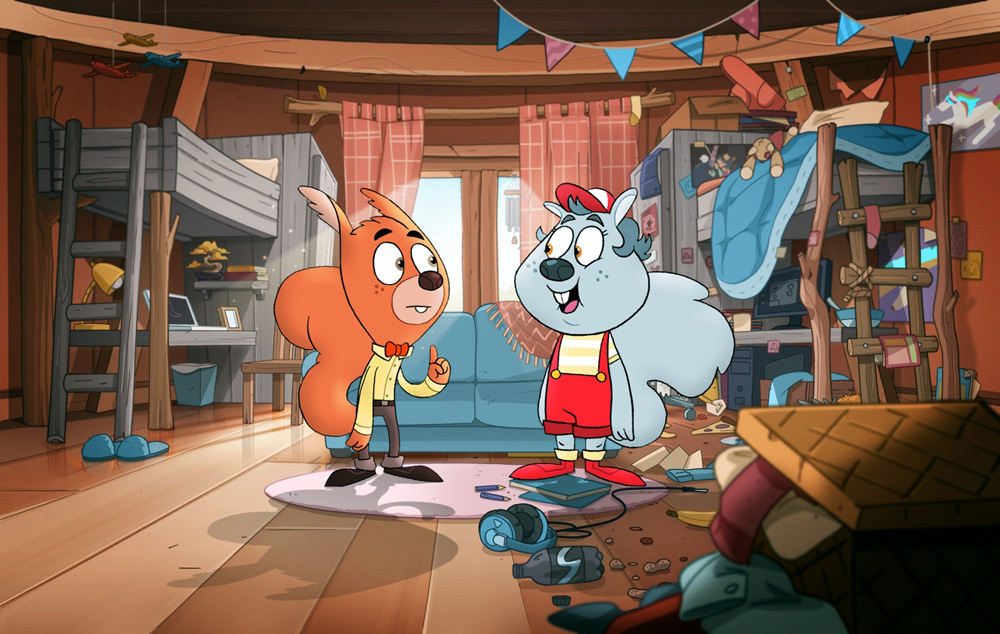