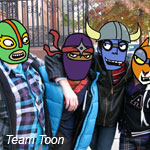 Turner Broadcasting has commissioned a new live-action/animation hybrid series titled Team Toon (26 x 30), which it is co-producing with FremantleMedia Enterprises and Larry Schwarz and His Band for Cartoon Network EMEA. The show has been greenlit for Cartoon Network channels in EMEA and Asia-Pacific. FME is handling worldwide distribution of the series outside these regions and all global ancillary rights. FME and Larry Schwarz and His Band will bring the series at MIPTV next week.

Team Toon targets kids 6 to 11 and blends live-action with animation to follow the toon-infused adventures of Dylan, Sam, Iko and Ash, the creators of an online animated series called Psycho Squirrel, which plays at the start of each episode. When trouble strikes, the gang transforms into Team Toon, racing around in their talking Animobile to solve mysteries and battle villains.

“Team Toon is an irresistibly creative and quirky series about kids interpreting their experiences through imagination and play,” says Turner’s VP of Acquisitions & Co-Productions, EMEA, Cecilia Persson. “By putting on their ‘Toon Faces,’ the characters are able to create cartoons in the real world, an imaginative premise sure to strike a chord with our audience. The show uses sophisticated production techniques, both in its mixed media format and its ‘show within a show’ concept and it will be an exciting addition to our live action line-up on Cartoon Network.” 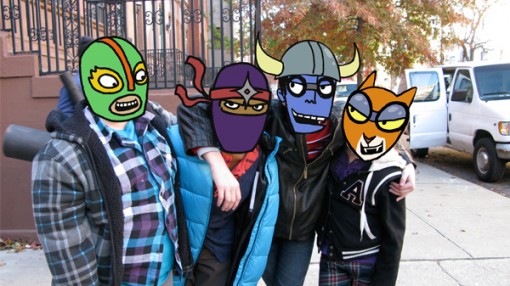 Adds FME President of Kids and Family Entertainment Sander Schwartz: “The crazy irreverent comedic sensibility, innovativeness and eclectic characters of Team Toon resonates well with our target audience. It is fantastic to work with Larry Schwarz and His Band on one of its original comedies and we look forward to developing Team Toon into a hit kids’ property.”