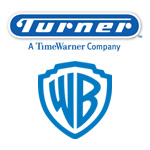 TNT’s Dallas seasons one and two will arrive January 2014.

“We are thrilled to continue our great relationship with Netflix giving their subscribers access to more and more of our programming,” said Ken Werner, President, Warner Bros. Domestic Television Distribution. “This represents another evolutionary step in the TV ecosystem working with Netflix, on the SVOD platform, to improve the consumer experience while being respectful of existing business models.”