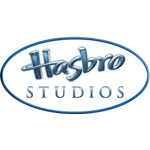 Sales are in the holiday air, with Hasbro Studios selling several of its top series to Turner for airing in Europe and the Middle East, while the Spanish series Jelly Jamm has landed on Discovery Kids in a deal for the pay TV rights in Latin America.

The Hasbro-Turner deal will see Transformers Prime, Chuck and Friends, My Little Pony and Pound Puppies begin airing next summer in the United Kingdom, Spain, Sweden, Norway, Denmark and the Middle East Hasbro Studios teamed with Discovery to launch in October the new children’s channel, The Hub, in the United States.

“Turner’s strong suite of channels will be an ideal home for our new animated series in Europe -all re-invented, re-imagined and re-ignited from our stable of well-known brands,” says Hasbro Studios president Stephen Davis said. “The strong reception around the world for our branded shows underscores our team’s success in developing content that resonates with audiences internationally. We are thrilled to be working with Turner to make our shows available to audiences throughout these key territories.”

Jelly Jamm is a 3D CG-animated series aimed at ages 4-6 that was developed and produced by Vodka Capital, 737 Shaker and RTVE. The series 52 11-minute episodes are full of comedy, music and friendship.

“Our aspiration is to transform Jelly Jamm into highly a recognizable cross-platform international kids entertainment brand,” says Steven Posner, managing partner at Vodka Capital. ” It’s an incredible opportunity for us to have such an excellent broadcast partner like Discovery Kids for the roll-out of Jelly Jamm in Latin America.”