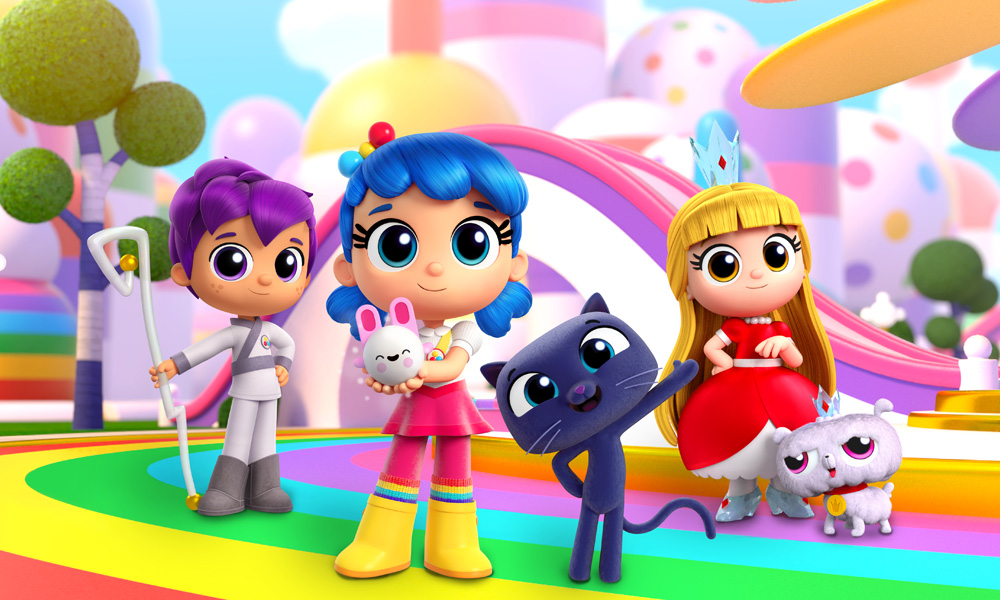 As part of the global roll out on linear television, Guru is building a full 360-degree marketing program in each territory.

“The level of interest for True and the Rainbow Kingdom has been incredible,” said Jonathan Abraham, VP of Sales and Business Development at Guru Studio. “The show’s popularity continues to grow and we’re excited to come to MIPCOM with a brand new season (10 x 22’) available for broadcasters.”

The demand for True and the Rainbow Kingdom has been accelerating rapidly as new content continues to roll out on Netflix throughout 2019 and 2020, including new episodes, seasonal specials and a mix of comedic shorts, music videos and songs. The show’s official YouTube channel is at 100,000 subscribers and 100 million views, and the Giphy page now boasts 1.5 billion shares.

New consumer products for True are launching this fall, including a line of plush from Aurora World. Halloween costumes, activity books and storybooks are also now available across North America.

True and the Rainbow Kingdom follows True, a bright and fearless heroine, and her hilarious best friend Bartleby the cat as they come to the rescue of Rainbow City’s whimsical citizens. The series empowers both girls and boys to be mindful, courageous and respectful of all living things.

The series is produced by Guru Studio with Pharrell Williams’ i am OTHER label, along with fine art collective FriendsWithYou and California-based Home Plate Entertainment.