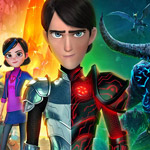 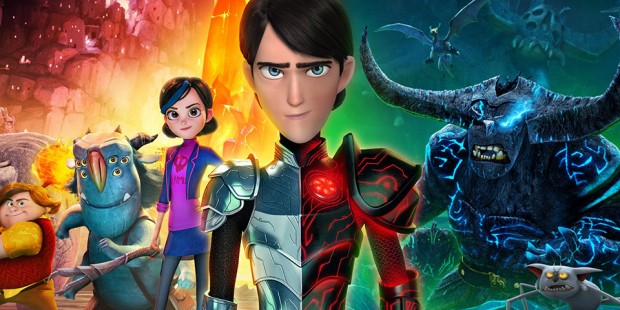 Trollhunters has been one of DreamWorks Animation Television’s brightest stars. Created by award-winning filmmaker Guillermo del Toro, the adventure series has charmed audiences and impressed critics since its 26-episode debut in late 2016. With a second season of 13 episodes having dropped Dec. 15, the series’ momentum has only increased as guest voice actors such as Game of Thrones’ Lena Headey and Star Wars icon Mark Hamill joined an already impressive cast that includes the late Anton Yelchin, Kelsey Grammer and Ron Perlman.

And as the tale of Jim Lake Jr. and his role as the defender known as the Trollhunter gets darker and more complex, del Toro has not just a third season in the works but spinoff series 3 Below and Wizards that will form an overarching trilogy called Tales of Arcadia.

Executive producer Rodrigo Blaas spoke with Animation Magazine in early January about the show’s second season and its future. 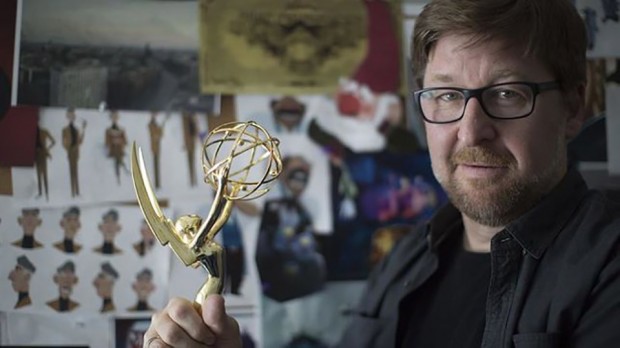 What was the biggest difference between working on season two and on the first season of the show?

Rodrigo Blaas: In terms of the story and the narrative, we knew that we wanted to spend more time with the characters and develop them more in isolation and more individually, so we could actually push them. Also, we wanted to play with the darkness of it because it was the second season and it felt more like a second act … How much darker we could go without losing the fun and that adventure element that we always wanted to have in Trollhunters? The third difference was more practical one … One of the big important things for us was creating a Darklands that visually could match the richness of the Trollmarket, and I think it’s one of the sets that we are most proud of.

What was Guillermo del Toro’s involvement on the second season?

Blaas: A lot. Trollhunters is his little baby in a way, his little troll baby, and he’s as much involved as anyone on the team. One of the things that is great about working with Guillermo is that he is so aware of the world, and I think we’re very in synch in terms of the team and what everyone is looking for. At the beginning, it was a lot of going through the narrative, making sure that all the episodes have really high standards. Specifically, I can tell you that there’s an episode around the middle of the season where Jim transforms into different types of Jims, and I can tell you that [del Toro] was really specific about getting the right manga eyes for Jim, with the different three, four highlights that we wanted to put in. It was a lot of fun.

You’ve had a lot of great voice actors on this show and you have some great new ones this season. Why do you think that this show is able to get such top talent like Mark Hamill and Lena Headey?

Blaas: I would say Guillermo does help … I think part of the reason is that the kids and parents are both watching the show and liking it. [Headey] was amazing — she was like, ‘Oh, finally, I have a villain that my son can watch.’ Mark Hamill has been a blessing. We wanted to match Kelsey Grammer as Blinky and the match between the voice and the character is so perfect that we needed to match that with his evil brother [Dictatious, voiced by Hamill]. There’s a great scene in episode five where they face each other for the first time, and the level of nuance and animation we were able to get out of those performances was amazing. 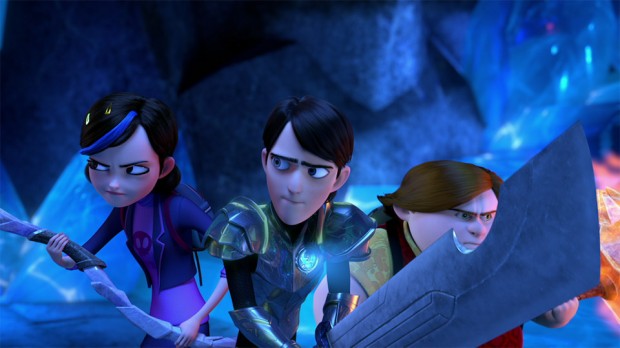 Are you still able to use material Anton Yelchin recorded? And if not, how are you handling that role going forward?

Blaas: We’re still going through that process for the new season. But I can tell you for all of season two, we were able to record everything with Anton. He did all the performance for Jim on the 13 episodes. In one, he had to play multiple Jims. We have Jim flit into different types of personalities. He went from being the normal Jim to being very romantic Jim to being a very warrior-like Jim and to being a bad-Spanish-accent Jim. And all those performances he did, and he was having so much fun doing it in the recording booth. I think that’s probably one of the things that we all will remember always from working with such an amazing actor was being able to see his growth in the season and see how he had so much powerful range in terms of performance.