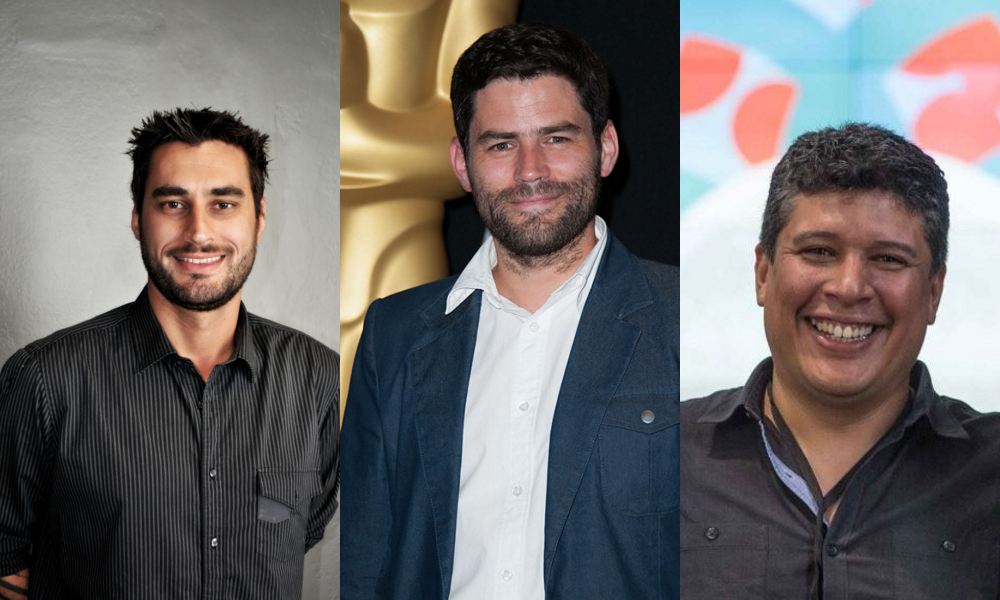 Three of the most successful studios in Latin America announce a coalition based on a shared production pipeline, to be dubbed “Los Amigos.” Brazil’s Hype (Tainá and the Guardians of the Amazon), Chile’s Academy Award-winning PunkRobot (Bear Story) and Peru’s Red Animation Studios (A Mouse Tale), have been working together since 2017 on a friendly, “let’s do this thing” type of alliance.

In the past two years, the members of Los Amigos have combined their production pipelines in 2D and CGI, so that all work has become seamless in real time between the three territories. Their ability to provide quality work on time and at affordable prices has been tested and proved on the Disney LatAm’s series Guitar & Drum, and a yet-to-be-revealed major game studio shorts series. Now, the trio are formally taking their friendship to the next level.

“Los Amigos began in a shared love of animation and a lot of good times hanging out at animation festivals and markets around the world,” said Milton Guerrero, Head of Red Animation Studios. “Seriously, we’ve been amigos for so long that it came as a brilliant surprise to the three of us that working together would strengthen all of our businesses.”

In fact, this announcement, which brings together some 280 collaborators, officially makes Los Amigos the largest “collective” studio in the entire LatAm territory.

“We believe that unity is strength and working together makes us stronger. Over the past two years, we have standardized all our processes and nomenclatures, as well as defining the best procedures for each studio within the overall group in order to succeed and grow together,” said Pato Escala of PunkRobot.

“Plus,” added Gabriel Garcia of Hype, “We share cultural identities and passion for animation. We totally ‘get’ each other, which makes work fun and gives us a shorthand for creating great and compelling properties for ourselves and for our clients.”

Los Amigos has ambitious plans for the future, including several new productions lined up for greenlight. The friends are actively looking for service work offerings as well as co-production partnerships.

Hype works for great stories to happen, always looking for the difference we can make. Our team works from sketch to post production with professionalism and creativity, giving life to great ideas. Hype offers full services for animation on TV series and film production, as well as specific parts of the animation pipeline for games. With partners like Disney, and Nickelodeon, our portfolio ranges from work for hire to original content for all kinds of audiences. The combination between people, technology and creativity makes us unique, it is the fuel that moves us towards the best technical performance, to seek perfection on each detail and that inspires us to find the perfect balance between form and content, stirring emotions through incredible stories and memorable characters.

PunkRobot is an animation studio based in Santiago, Chile, created by Antonia Herrera, Gabriel Osorio, María Elisa Soto-Aguilar and Pato Escala. Since 2008, thanks to a great multidisciplinary team, we have developed projects for television, advertising and cinema with high visual impact, among which the preschool series Flipos (2010), The Adventures of Muelín and Perlita (2013) and the short film stand-out Bear Story (2014), the first Latin American winner of the animated short film Oscar. Our goal is to create, produce and internationalize unique animated content that contributes to society, with themes such as friendship, respect, tolerance and diversity.

Red Animation is a 15-year-old studio boasting a 82 member staff. Since the founding of the company, Red has produced more than 1,000 minutes of CG and 2D animation, screening on Nickelodeon, Disney and Netflix. The ongoing YouTube channel series Little Angel boasts 10 million subscribers. Red’s animation work on Siesta 7 — a preschool co-pro — earned an International Emmy nod in 2017. CGI feature A Mouse Tale has been released in 70 countries. Although the bulk of Red’s work is in CG, they have recently completed digital hand-drawn animation for an upcoming feature film. In addition to animation services, Red offers a robust and experienced concept design staff, many of whom are busy contributing to the look of the company’s second CG feature film, Kai.