Tricon Films & Television and Mercury Filmworks have announced they will co-develop and produce a new animated series for kids 4-7 called Go Away Unicorn! (52 x 11), based on the popular children’s book by author and illustrator Emily Mullock (McKellar & Martin Publishing Group). Tricon will also serve as the international distributor.

The series will follow the comedic adventures of twins Alice and Ollie as they are swept up in the chaos unleashed by an exuberant unicorn and a timid dragon. Together they learn that differences are something to embrace, and that friendship is sometimes found in the unlikeliest of places. The series will be presented to buyers at this year’s MIPTV. 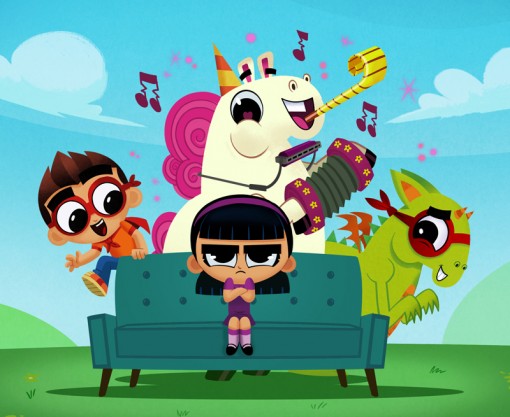