Wildernuts introduces preschoolers to biodiversity and ecology through quest-based episodes. The colorful animal pals – Captain Quilty, Ludo, Scrunch, Tuchi and Smidgeen, travel around their island home in their magical flying ship, the Cloudhopper, exploring different habitats and meeting the creatures that live there. At the end of each adventure, the Wildernuts get a treasure for their trove to remind them of the fun they’ve had and the things they’ve learned.

Tricon’s Kids & Family division will also bring the previously acquired JiggiJump (25 x 5), which encourages preschoolers to be active by taking them on imaginative, musical adventures. The studio/distributor is also developing an animated series for the 4-7 demographic called Go Away Unicorn! with co-producer Mercury Filmworks. 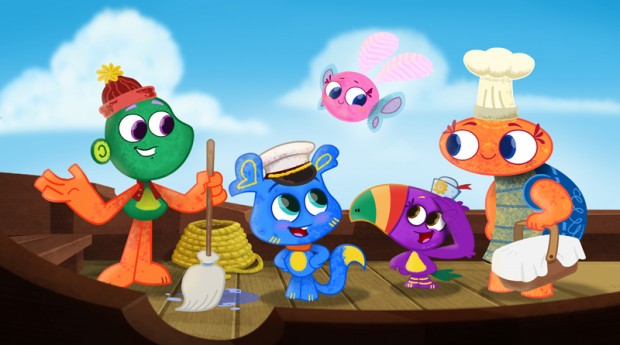