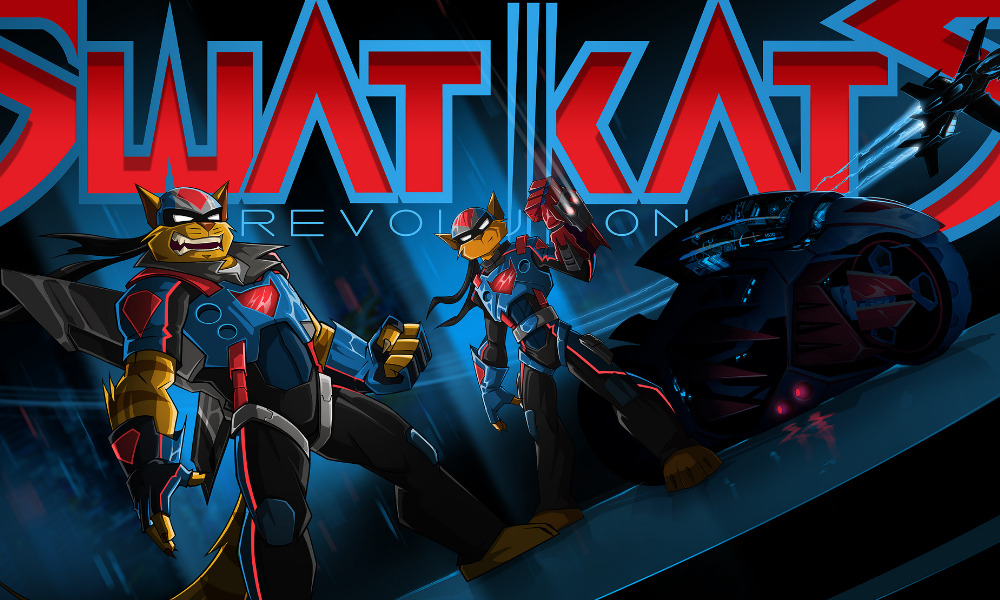 Twenty-eight years after the original series was produced, cult classic animation SWAT-KATS is all set to make a thrilling comeback. Show creators Christian and Yvon Tremblay have teamed up with global animation major Toonz Media Group to produce a brand-new series of the popular show about high-flying anthropomorphic feline fighters.

The new series, SWAT-KATS Revolution, to be co-produced by Tremblay Bros. and Toonz Media Group, will be targeted at five- to 11-year olds and will include a slew of new characters alongside the classic protagonists and villains. The new series will also feature a full futuristic arsenal, including a new jet fighter plane for the heroes, along with other cutting edge vehicles and gadgets. The action-adventure series aims to bring together top talents from across the world, led by the creative vision of the Tremblay brothers.

“While SWAT-KATS Revolution is a new series, the DNA of what made it successful will remain,” said Christian Tremblay. “The character relationships, the smart and witty writing, the action, the imaginative stories, and the bigger than life villains will evermore be present. The new series will be contemporary and explore themes that the new audience will identify with.”

Toonz Media Group CEO P. Jayakumar noted, “SWAT-KATS is easily one of the all-time classics in animation. It is a privilege for Toonz to revive this iconic show after all these years. We see tremendous potential for the property in the new context and among new audiences. We cannot wait to bring life to the new series under the supervision of Christian and Yvon.”

SWAT-KATS Revolution is also set in the fictional mega metropolis of Megakat City, where the two vigilante heroes fight off evil powers to keep their city from becoming a dystopian world. The series will be distributed worldwide by Toonz.

“We are thrilled to enter in a strategic collaboration with Tremblay Bros for SWAT-KATS Revolution new franchise to bring the two iconic heroes into new contemporary stories and conflicts toward their nemesis. The new series will aim to revive the SWAT-KATS core values to the fans and engage new audiences,” said Bruno Zarka, Chief Sales and Marketing Officer at Toonz. 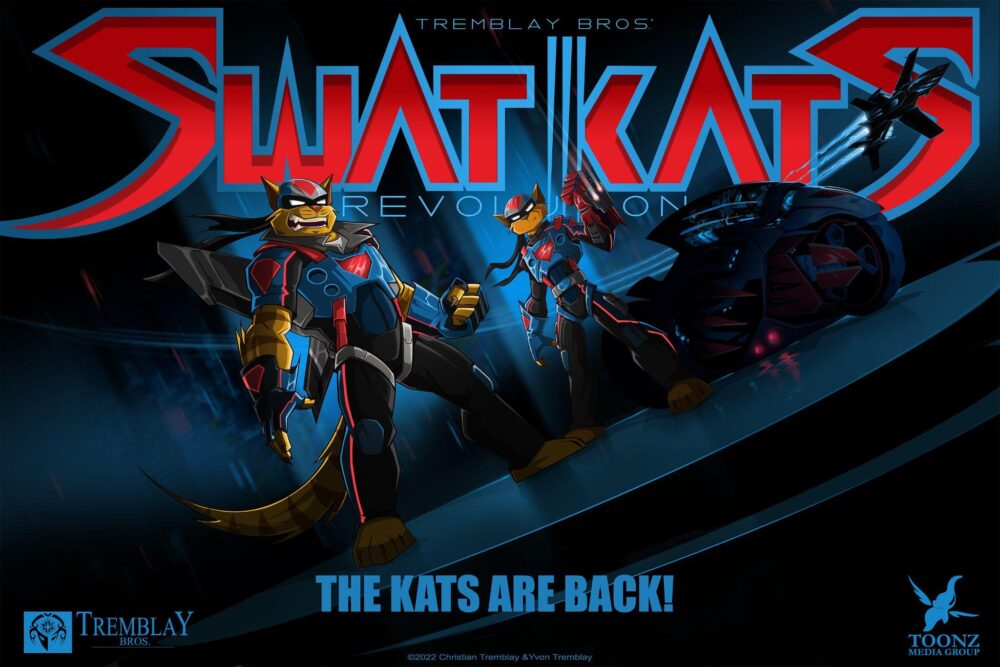 SWAT-KATS first aired in September 1993. The original series SWAT-KATS: The Radical Squadron produced by Hanna-Barbera became the number one syndicated animated show of 1994. The show was admired by viewers for its bold and eye-catching animation style, power-packed action and energetic rock ‘n’ roll background score besides its iconic theme music.

The show, which gained cult status in the ‘90s, enjoys immense fan following across the world. SK Fandom, as the fan community of the series is popularly known, has kept the show alive amongst the community over the years through discussions, fan fiction, artwork, and a variety of fan projects and games over online groups and forums. The fan community had also raised substantial sums to revive the show through a Kickstarter fundraising campaign a few years ago.

Toonz is a 360-degree media powerhouse with over two decades of experience, and one of Asia’s most active animation production studios (over 10,000 minutes of 2D and CGI kids’ and family content per year). Its credits include Wolverine and the X-Men (Marvel), Speed Racer: The Next Generation (Lionsgate), Mostly Ghostly (Universal), Playmobil (Sony), Dragonlance (Paramount), Freefonix (BBC), Gummybear and Friends and Fruit Ninja (Google). The studio is currently in production on Paddypaws in partnership with Keith Chapman, JG and the BC Kids with Janet Hubert, Sunnyside Billy from Olivier Jean-Marie and Pierre the Pigeon Hawk, featuring a star voice cast of Whoopi Goldberg, Will.i.am, Jennifer Hudson and Snoop Dogg.