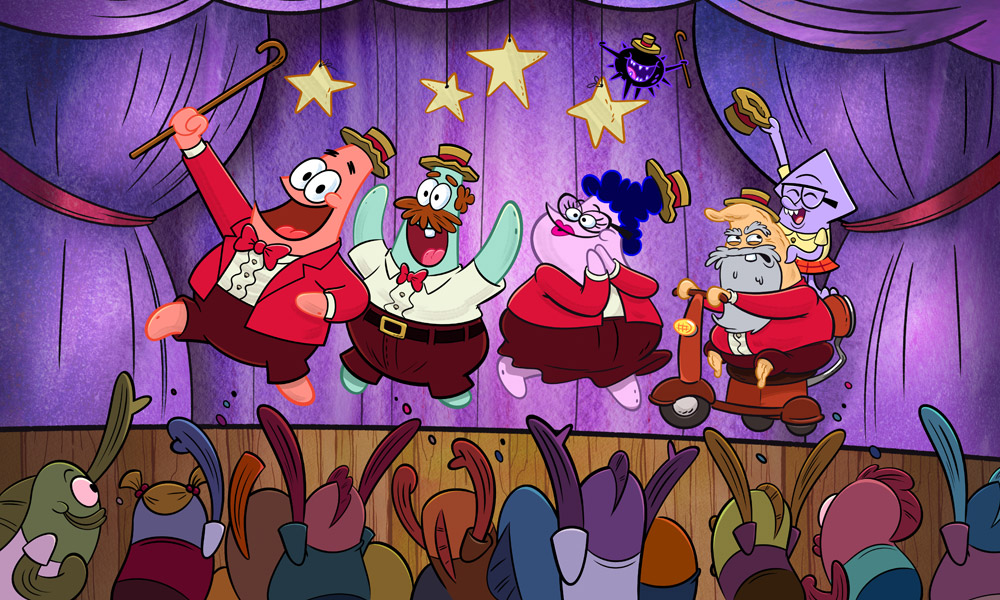 From under the sea in Bikini Bottom to the mountain tops of Mount Middlemost, Nickelodeon is delivering colorful characters, stories and big laughs with the series debut of The Patrick Star Show and Middlemost Post, premiering back to back Friday, July 9 at 7 p.m. (ET/PT) and 7:30 p.m. (ET/PT). Produced by Nickelodeon Animation Studio, each series will continue to roll out new episodes Friday nights on Nickelodeon and debut internationally in the fall.

The Patrick Star Show is the second spinoff of the number-one animated series SpongeBob SquarePants and follows a younger Patrick Star living at home with his family, where he hosts his own variety show for the neighborhood from his television-turned-bedroom. In the premiere episode, “Late for Breakfast,” Patrick presents a show about food after missing out on a hearty breakfast. Then in “Bummer Jobs,” Patrick and SpongeBob experience the wonders of the workforce. 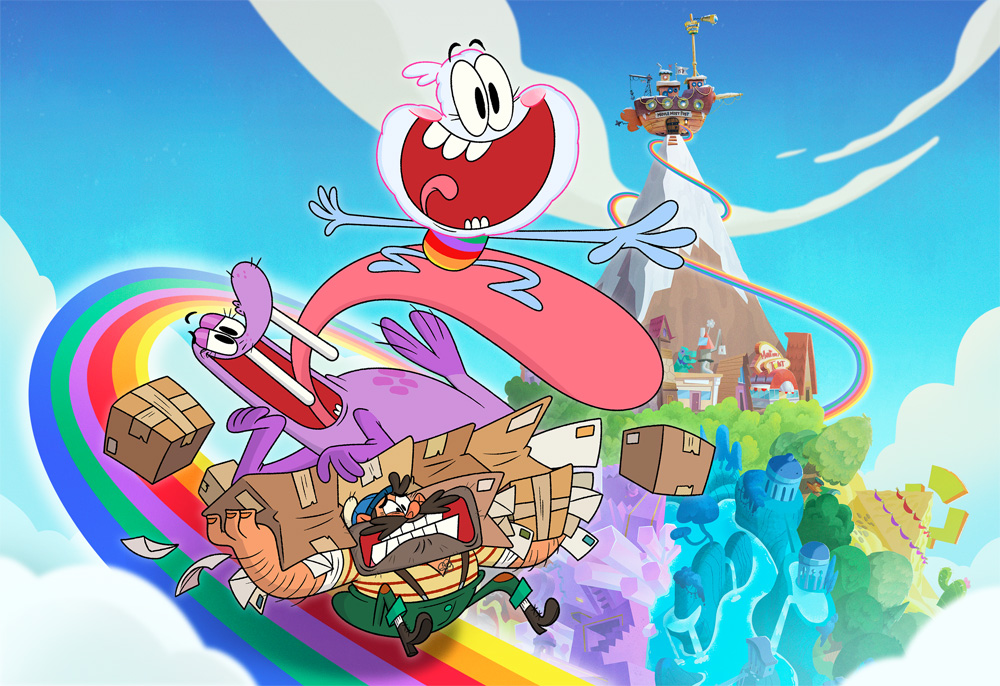 Marking Nickelodeon’s first original animated series in five years, Middlemost Post hails from SpongeBob SquarePants alum John Trabbic III and follows a former rain cloud, a brawny mailman and their magical pet walrus as they deliver packages to the unusual inhabitants of Mount Middlemost. In the debut episode, “First Delivery,” while delivering a letter to a house that never gets mail, the gang goes through warfare to get to its front door. Next in “Chore or Less,” in an attempt to be more like Angus, Parker does the chores and realizes that they’re actually boring.

The voice cast includes Becky Robinson (Kipo and the Age of Wonderbeasts) as Parker J. Cloud, an exuberant, relentlessly kind, overly eager and, most of all, pliable cloud whose desire is to spread cheer; John DiMaggio (Futurama) as Angus Roy Shackelton, Parker’s boss and proprietor of the Middlemost Post; Kiren (Raising Hope) as Lily, Parker’s best friend and master inventor; Colton Dunn (Superstore) as Mayor Peeve, the petty Mayor of the city of Somewhere locked in a petty, one-sided feud with Angus; and Johnny Pemberton (In the Loop) as Ryan, Mayor Peeve’s loyal assistant.