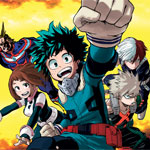 The weekend saw the release of several previews for anticipated new seasons of anime that have acquired dedicated audiences in Japan and abroad. These should please Crunchyroll, Funimation, and Hulu subscribers who have helped make these shows popular among diehard otaku and casual fans alike. The incredibly busy studio Bones in particular gave us a lot to be very excited about.

My Hero Academia (or Boku no Hero Academia as certain western fans insist on calling it) is an anime based on the megahit Weekly Shonen Jump manga by Kohei Horikoshi. An always fun, sometimes emotionally charged fusion of Eastern shonen action storytelling and Western superhero conventions, the show goes into its third season after our beloved school of aspiring superheroes have survived a grueling tournament and their first encounter with the Hero Killer in Season 2. The PV offers no new information or animation other than a tease of the new villain, but you can bet things will get the correct combination of poignant and goofily fun.

My Hero Academia is produced by Bones and licensed in North America by Funimation.

Blood Blockade Battlefront & Beyond is the highly anticipated followup to Blood Blockade Battlefront, an adaptation of a manga by Yasuhiro Nightow of Trigun fame. “BBB” depicts a world in which a dimensional rift has created a society where demons and humans live side by side, and a secretive group of misfits known as Libra work to preserve the peace in the city of Hellsalem’s Lot (the demonic replacement for New York City). Think Roger Rabbit meets Hellboy, with some police procedural aspects for good measure. While the show’s original director Rie Matsumoto (Kyousogiga) has been replaced, this new season should nevertheless be a beautifully stylish spectacle judging by the pair of PVs Bones just put out.

Blood Blockade Battlefront & Beyond is produced by Bones and licensed by Funimation.

On a more serene level, Studio Shaft unveiled the second season PV for its drama March Comes in Like a Lion. Based on a manga from Chica Umino, the creator of the classic Honey & Clover, it details the life of an introverted shogi player and his personal search for meaning. Demonstrating the artistic attention to detail that is studio director Akiyuki Shinbo’s hallmark, the second season should please fans of the studio and original manga quite a bit.

March Comes in Like a Lion is produced by Studio Shaft and licensed by Aniplex of America. 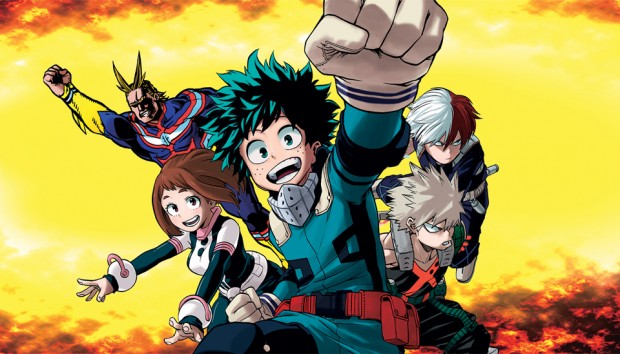