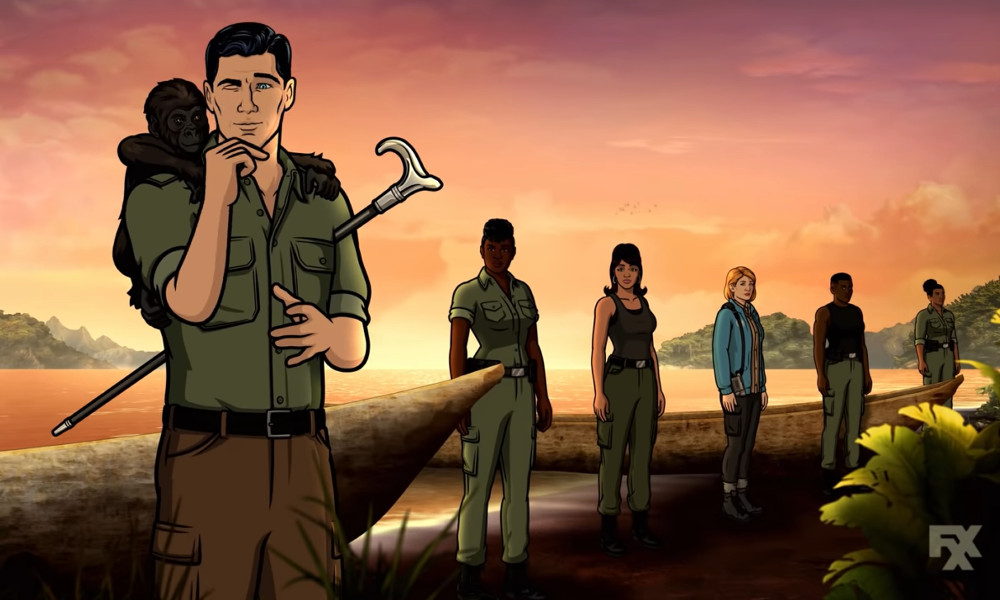 The “world’s greatest spy” is back — oh, and uh … those other … less great people, too — in an all-new twelfth season of Archer, premiering August 25 on FXX! In the newly unveiled trailer, Sterling Archer falls victim to a chaos dwarf, teaches sign language to a slightly hairier primate and generally wins the hearts of his colleagues with his courageous, nurturing, mature ways (in between explosions). Wonder where he gets it from…

In Season 12 of FXX‘s adult animated comedy Archer, Sterling and the gang face a new threat: a spy conglomerate known as IIA (International Intelligence Agency). With a limited number of spy jobs up for grabs, can the Agency compete against the soulless vultures of IIA, or will our mom-and-pop spy agency be the next to get swallowed alive?

The series was created by Adam Reed and is executive produced by Reed, Matt Thompson and Casey Willis at Floyd County Productions, produced by FX Productions.

Archer S12 will begin streaming on Hulu the day after its linear premiere on FXX. You can catch up on previous seasons on the platform, or relive some of the S11 highlights on YouTube.