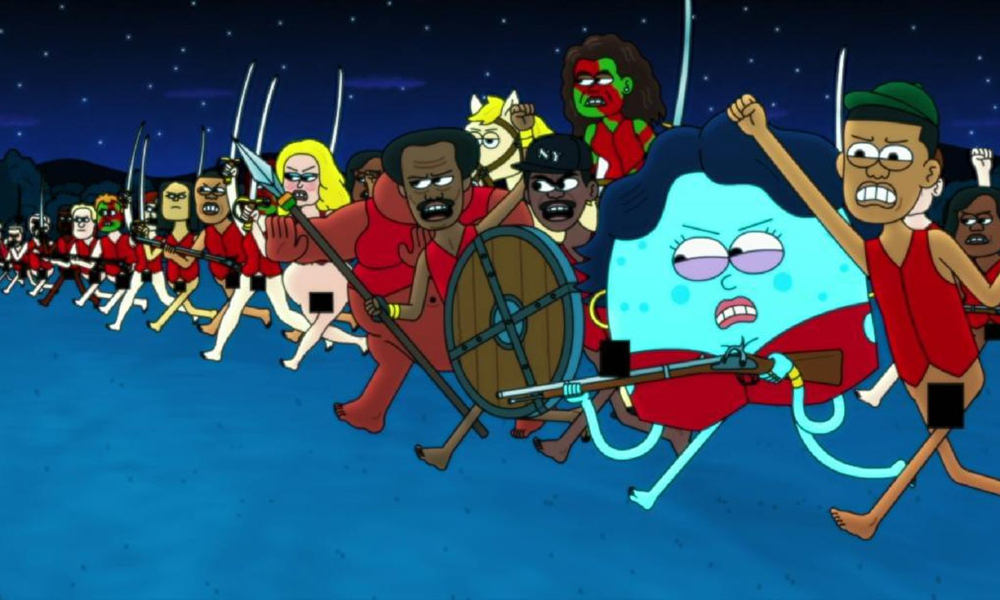 Tyler, The Creator and Lionel Boyce’s tentacular adult toon comedy The Jellies! returns to Adult Swim this month, with the second season premiere scheduled for Sunday, May 19 at midnight ET/PT.

Season 2 takes viewers deeper into the lives of the Jelly family and their roles in the community of Walla Walla, Washington. Throughout the new episodes, jellyfish family Debbie, Barry, KY and adopted human son Cornell each face their own, sometimes very personal, challenges. Depending on each other and fellow townspeople for support is not always the best option.