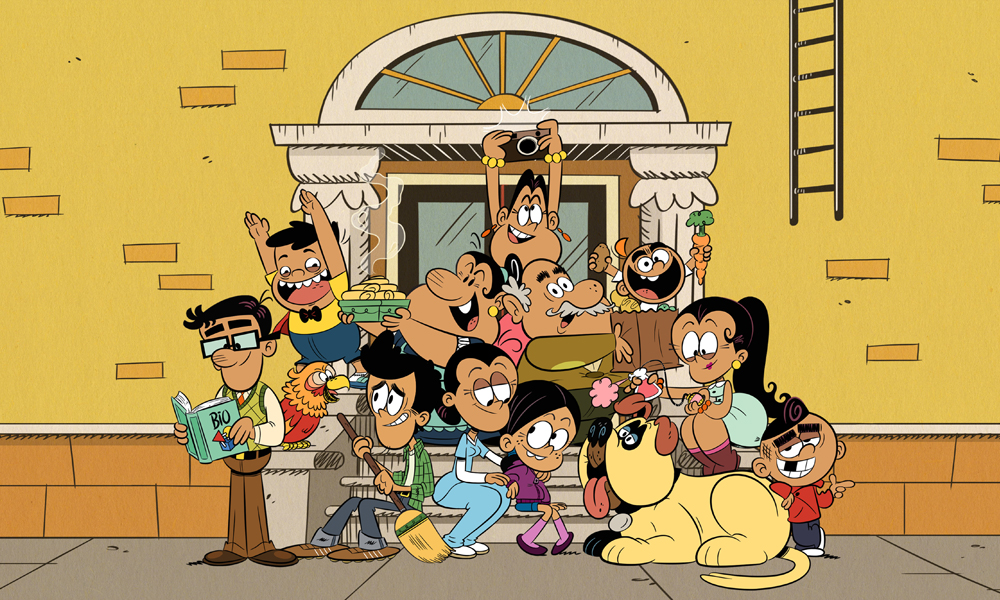 A new home in the city holds big adventures, laughs and love around every corner in Nickelodeon’s new original animated series The Casagrandes, premiering Monday, Oct. 14 at 1:30 p.m. (ET/PT). A spinoff of Nick’s animated hit The Loud House, The Casagrandes tells the story of 11-year-old Ronnie Anne, who moves to the city with her mom and older brother to live with their big, loving family, the Casagrandes.

Following its premiere, the series moves to its regular timeslot on Saturdays at 11:30 a.m. (ET/PT) beginning Saturday, Oct. 19, on Nickelodeon.

Starring Izabella Alvarez (Westworld) as Ronnie Annie, Carlos PenaVega (Big Time Rush) as her brother Bobby and Sumalee Montano (Nashville) as her mom Maria, the series showcases the culture, humor, and love that’s part of growing up in a multigenerational Mexican-American family. After moving in with their grandparents in Great Lakes City, Ronnie Anne adjusts to her new life living under one roof and over the family-run mercado (local market), which is a gathering place for everyone in the neighborhood.

The Casagrande voice family is filled out by Carlos Alazraqui (The Fairly OddParents) as Carlos, “Tio;” Roxana Ortega (The League) as Frida, “Tia;” Alexa PenaVega (Spy Kids) as Carlota; Jared Kozak (Born This Way) as CJ; Alex Cazares (The Boss Baby: Back in Business) as Carl; Ruben Garfias (East Los High) as Hector, “Abuelo;” and Sonia Manzano (Sesame Street) as Rosa, “Abuela.” Additionally, Eugenio Derbez (Dora and the Lost City of Gold) gives voice to Dr. Santiago, a physician living and working in Peru, who is Ronnie Anne and Bobby’s father.

In the first episode, “Going Overboard,” Ronnie Anne finds out her Tio Carlos was a famous skateboarder and she begs him to teach her some new moves. Then, in “Walk Don’t Run,” Ronnie Anne and Sid start a dog-walking business to save up for a new skateboard in a plan that quickly gets out of hand. 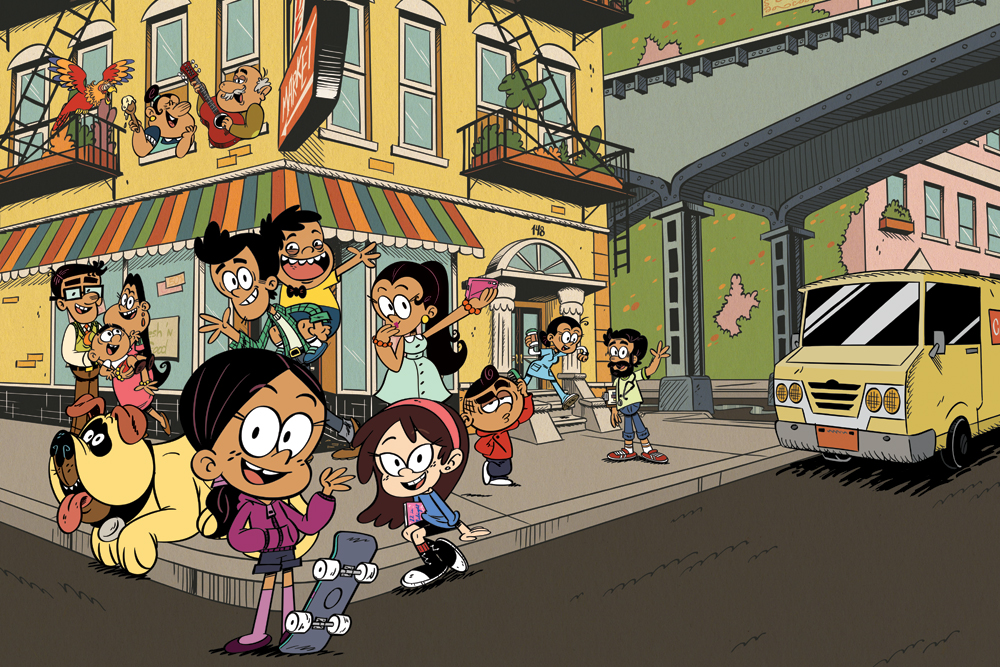 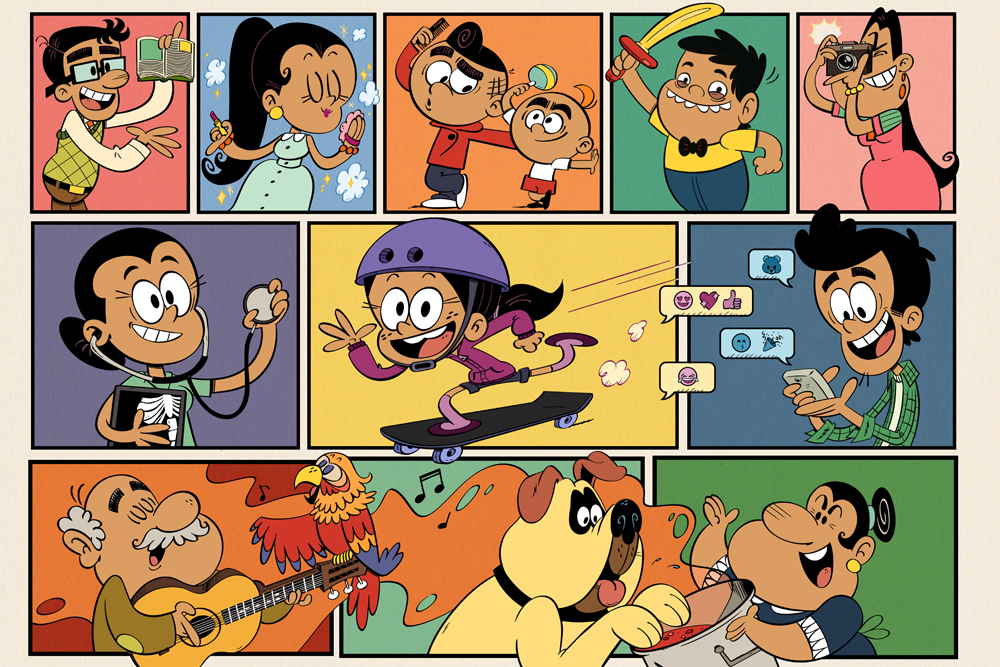 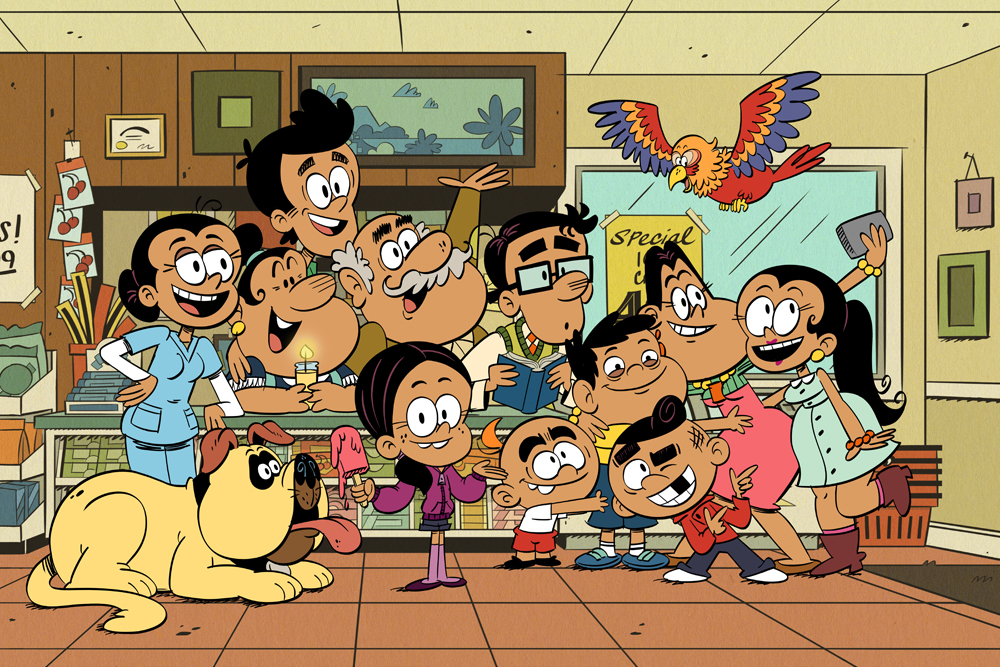