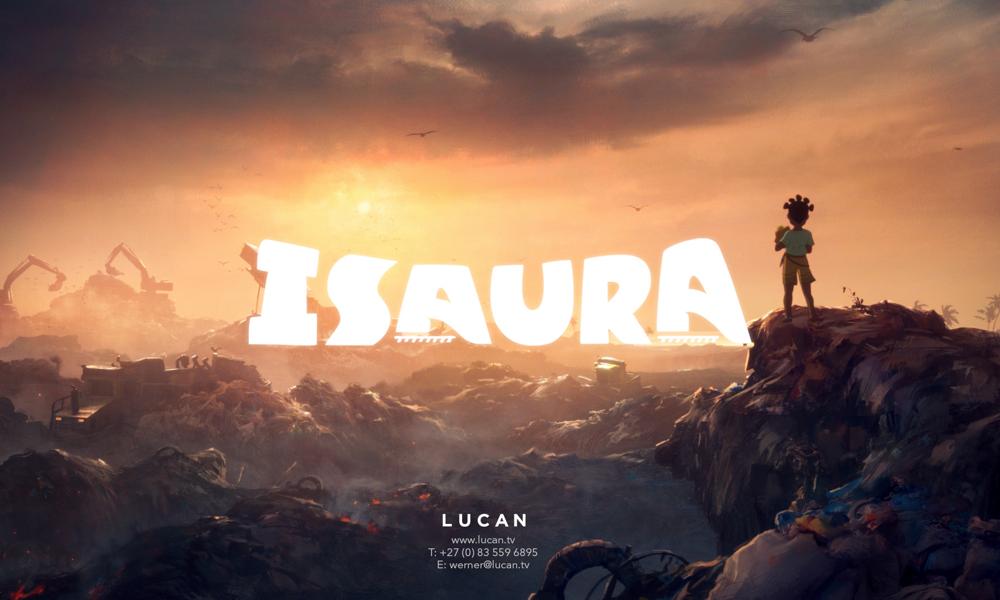 The series follows Isaura, a young girl from a fishing village in Mozambique. Adventuring across the east coast of Africa, she gains the ability to breathe underwater and communicate with turtles, fueling her fight for ocean conservation and other social and political climate change issues. Through the first season, viewers will travel the streets and coastline of Mozambique with Isaura and her family and see her evolve into a bright young woman.

Isaura Trailer from Lucan on Vimeo.

Isaura draws on the folklore and culture of the southern and eastern coastal regions of Africa and emphasizes the importance of a young African heroine — challenging modern media depictions of African countries as wracked by war, poverty and environmental devastation. Isaura’s journey will teach young audiences to be empowered, no matter how small they may feel sometimes.

The beauty of Mozambique and its natural surroundings are recreated in lush, textured animation. The trailer was created using 3D environments and hand-drawn characters, with Lucan utilizing its own real-time pipeline with Unreal Engine.