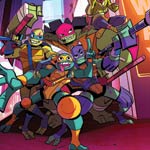 Nickelodeon has unshelled the first official trailer for its all-new 2D animated series Rise of the Teenage Mutant Ninja Turtles, which follows the band of brothers as they discover new powers and encounter a mystical world hidden beneath the streets of New York City. The 26-episode show is set to debut later this year.

Rise of the Teenage Mutant Ninja Turtles reimagines the iconic series and breathes new life into the classic characters, with jagged-shelled Raphael as a snapping turtle, wielding twin tonfas as his weapons; Leonardo as a red-eared slider, using an ōdachi sword; Donatello as a soft-shell turtle, sporting a tech-bo staff; and Michelangelo as a box turtle, arming himself with a kusari-fundo. Along for the adventure is the Turtles’ most trusted ally, April O’Neil, a street savvy native New Yorker, and Splinter, father figure and sensei to the Turtles.

The Turtles also hold distinct personality traits and skills: Raphael (voiced by Omar Miller, of Ballers), as the oldest and biggest brother, is the leader full of enthusiasm and bravado; Leonardo (Ben Schwartz, Parks and Recreation), the self-professed coolest brother possesses irreverent charm and a rebel heart; Donatello (Josh Brener, Silicon Valley) is a mechanical genius and tech wizard whose ninja skills are second only to his coding; and Michelangelo (Brandon Mychal Smith, You’re the Worst), the youngest brother, is a skateboarder and artist who is wild and imaginative. 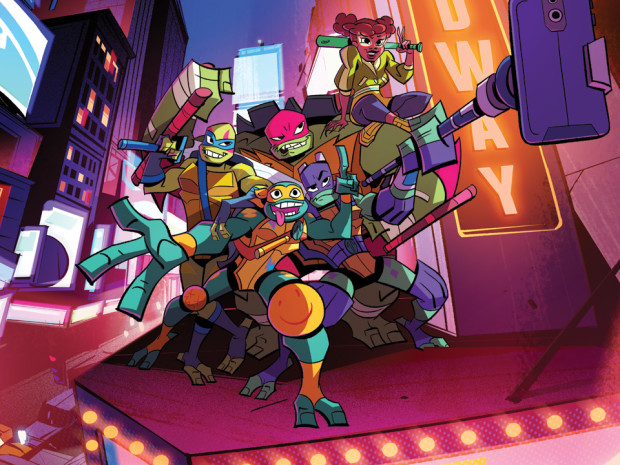 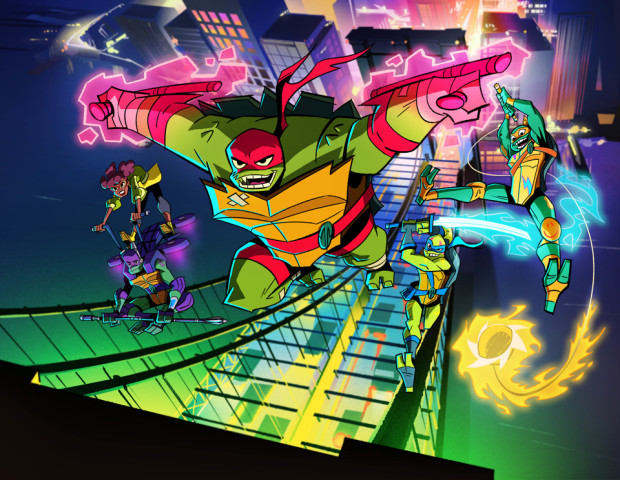