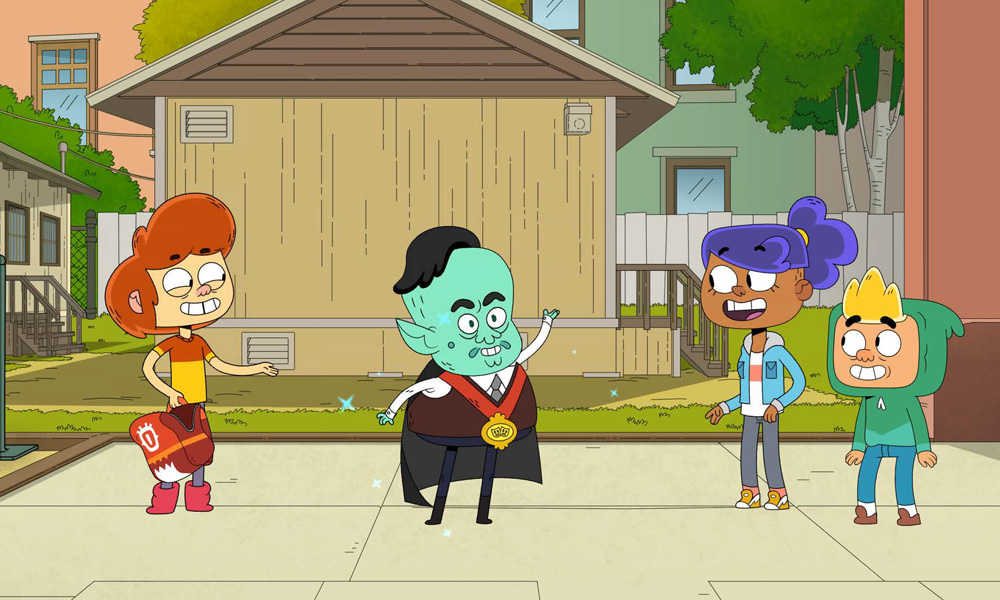 Ollie, his two best friends and an otherworldly backpack embark on monstrous adventures with the premiere of Nickelodeon’s original action-comedy series Ollie’s Pack, on Monday, April 6 at 4:00 p.m. (ET/PT). Produced by Nelvana, the 26-episode, 2D-animated series combines the struggles of tween life with the responsibility of controlling an entire dimension of monsters.

Nickelodeon will air premiere episodes of Ollie’s Pack Mondays through Thursdays the weeks of April 6 and April 13. The series is slated to debut internationally later this year, reaching over 170 countries and territories.

“Ollie’s Pack is filled with excitement, humor, and heart, and we are thrilled to welcome Ollie and his friends to Nickelodeon’s incredible family of original characters,” said Nina Hahn, Senior Vice President of Development and Production, Nickelodeon.

Chris Rose, Vice President of Animation Production and Development, Nickelodeon, added, “I can’t wait to introduce a new generation to the timeless tale of a boy growing up and finding his place, while simultaneously trying to save the world.”

Ollie’s Pack follows Ollie and his backpack, which doubles as a powerful portal allowing an array of monsters to travel from the Monsterverse into Ollie’s world on Earth. Throughout the series, Ollie and his two best friends must protect Earth from the horrifying monsters that have escaped, while often utilizing the helpful monsters who assist with their everyday tween problems, like sneaking into a movie or winning their school’s Battle of the Bands contest. No matter the circumstances, Ollie’s thirst for adventure undoubtedly gets him into trouble that only he and his friends can resolve.

In the first episode, “The Chosen One…Stinks,” Ollie’s stinky sweat is a hot commodity in the Monsterverse, so he exchanges it with a monster who offers to do his laundry. Then, in “Not Another Superhero Movie,” Ollie and his friends utilize a monster’s powers to make an epic superhero movie for their film club.

The series stars James Hartnett (Cupcake & Dino) as Ollie, an ordinary, impulsive, and creative kid who has been given the status of Chosen One and Keeper of the Pack; Ana Sani (Mysticons) as Cleo, the brave and adventurous comic relief; and David Berni (Rocket Monkeys) as Bernie, the nervy and logical voice of reason.

Along the way, audiences will be introduced to some larger-than-life monsters including Andre and Bev, a bounty hunting double act; Major Snooch, a high-ranking official in the Ministry of Chosen One Affairs; and Rance, a weaselly petty thief in utter denial about his boldfaced stealing.

A pre-released episode is currently available on the Nick App and Nick On Demand, and will be available on YouTube starting Saturday, April 4.

The series originated from Monster Pack, an original short made for Nickelodeon’s 2013 Animated Shorts Program. Creators Pedro Eboli (Cupcake & Dino) and Graham Peterson (Rick and Morty) met at the Vancouver Film School and have now been friends for over 10 years. Eboli is a creator, producer, director and animator from Rio de Janeiro, while Peterson is an animation supervisor and instructor at local and overseas studios.

Learn more about Ollie’s Pack straight from the creators in Ramin Zahed’s feature story from the April issue of Animation Magazine. 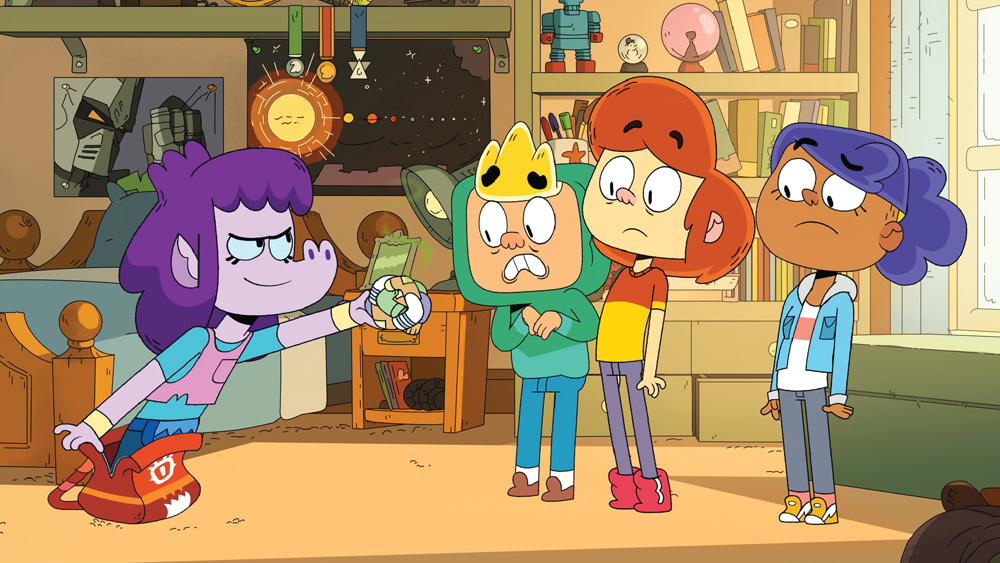 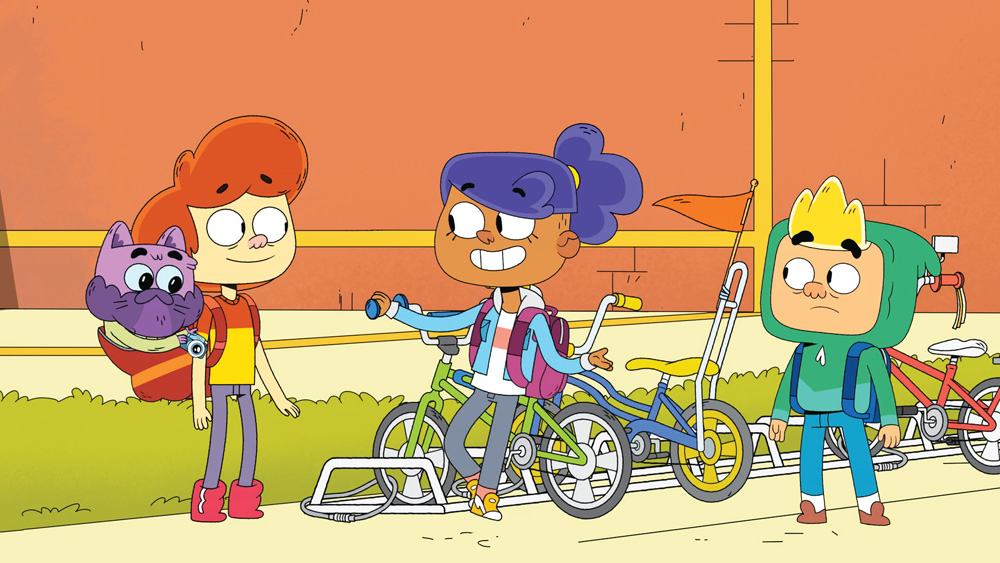