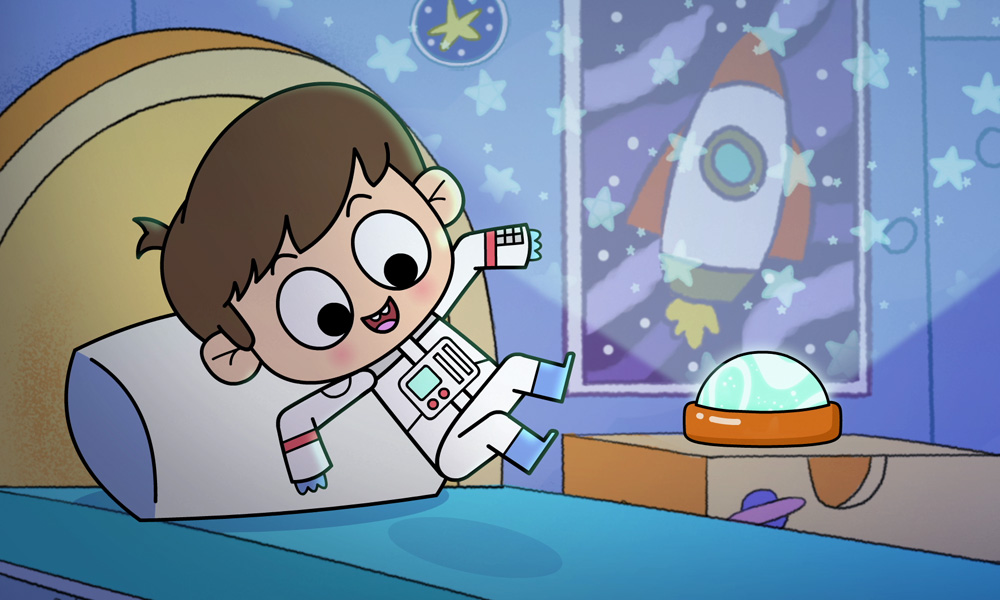 At the prestigious Cartoon Forum event in Toulouse, France today, Irish animation studio, Kavaleer Productions and David King, father of The Late Late Toy Show star Adam King, pitched to potential broadcasters and investors to support the production of a new animated series inspired by and starring Adam himself, debuting a first look at Adam ❤ Adventure!

Adam ❤ Adventure! is a preschool adventure-comedy series set in space, with an environmental slant. It breaks new ground for young audiences as it will be the first Irish children’s program to feature a wheelchair-user as protagonist. With 150 million children living with additional needs worldwide, the show will introduce much needed on screen representation.

“I am so excited to represent Adam and our family at Cartoon Forum. This is the culmination of many months of effort, vision and love from everyone involved. We have been totally blown away by the impact of Adam’s message on people around the world. We are thrilled to capture Adam’s spirit, his love of space and adventure in this wonderful cartoon,” David King shared during the pitch. “As parents, Fiona and I want our children to grow up as the heroes in their own stories. What they see around them inspires, and in Adam’s case — representation really matters. We are so grateful to Kavaleer for their trust in choosing Adam, a wheelchair user, to be the hero in this story. If he can see it, he can be it.”

Kavaleer CEO Andrew Kavanagh said, “We have been overwhelmed by the support we have been shown in bringing Adam ❤ Adventure! this far. In particular from the International Space Community who have been inspired by Adam’s story and ambition. The show has been warmly welcomed by the European Space Agency and we are thrilled to have enlisted Dr. Norah Patten of the International Space University as the show’s Chief Space Advisor. We are confident that Adam’s story will continue to impact everyone it reaches and we are honoured to be able to capture his essence in this very special production.” 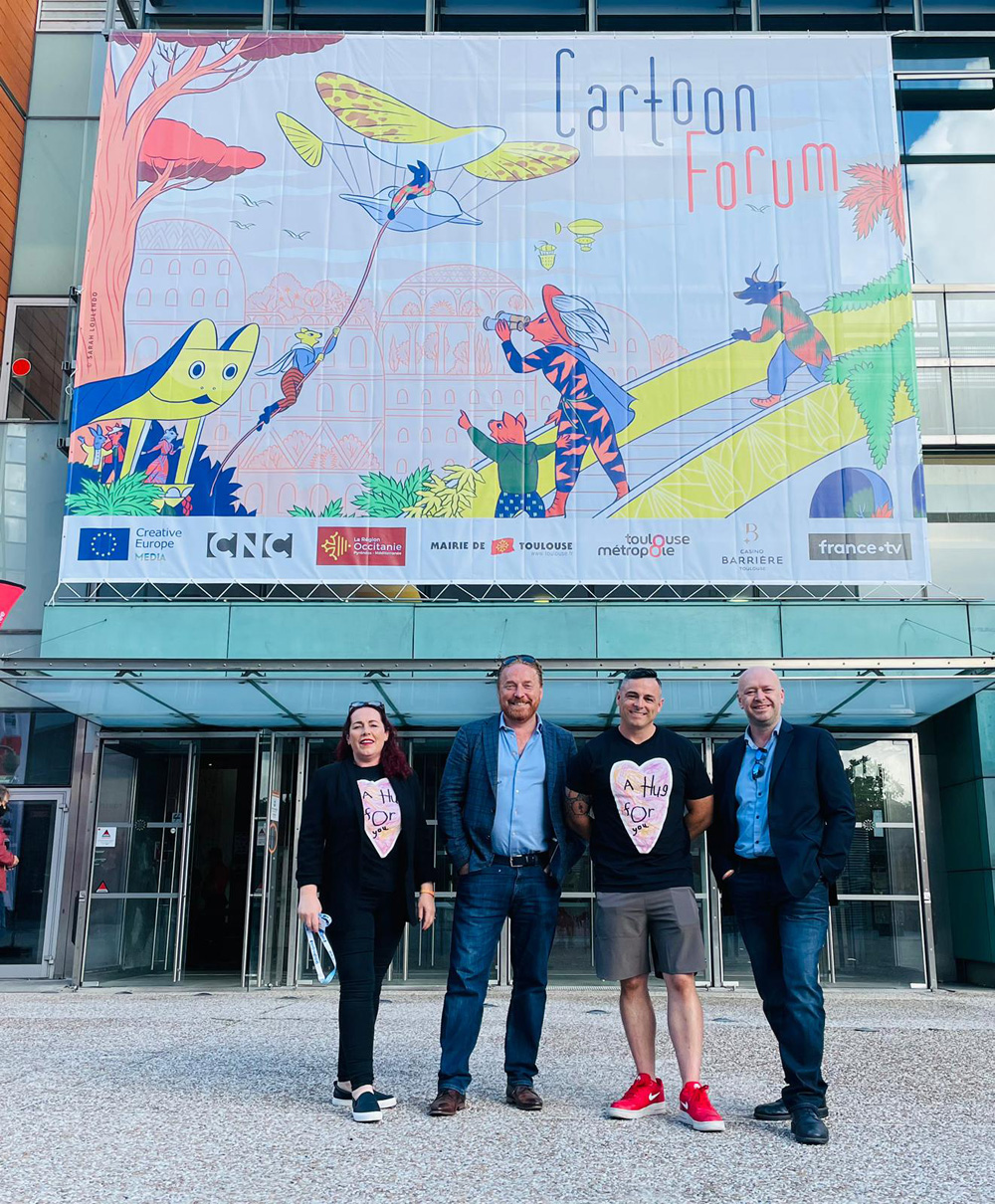 As part of the pitch, Kavaleer Productions also included a video clip from Dr. Norah Patten, Global Faculty Member of the International Space University, who said, “Adam has captured people’s hearts from all over the globe. Superstar Astronauts such as Chris Hadfield, Cady Coleman and Dan Tani have all reached out to Adam and supported his quest to become a CAPCOM so I think for all of these young kids watching Adam on screen as the lead character in this cartoon, they’ll see an adventurous, very inspiring young boy and somebody who represents ambition and dreams which will have a very positive impact for and of the kids watching.”

Inspired by Adam’s story, Prof. Mark McCaughrean, European Space Agency, Senior Advisor for Science & Exploration said, “To dream about space is perhaps not so much about actually going there as it is to put our planet and lives into perspective, and how we humans can come together to solve the challenges that face us and make it a better place for everyone.”

Adam ❤ Adventure!, inspired by and starring Adam himself, the show aims to promote his message of empathy and friendship (exemplified by his ‘Virtual Hug’) a truly universal phenomenon. The series features comedy-themed quests, in which our eponymous hero and his crew are on a mission to help aliens around the galaxy solve problems (usually of their own making) using his space-smarts and altruistic personality. The prime-directive for the audience is to learn about how best to protect the most important planet of all- our own- through humour and empathy for the world around us. Key to the show’s messaging will be that through empathy and understanding, we can all make the world a better place for future generations.

Cartoon Forum continues in Toulouse for the next two days, during which the team at Kavaleer Productions will work to secure suitable partners to bring the project to fruition. 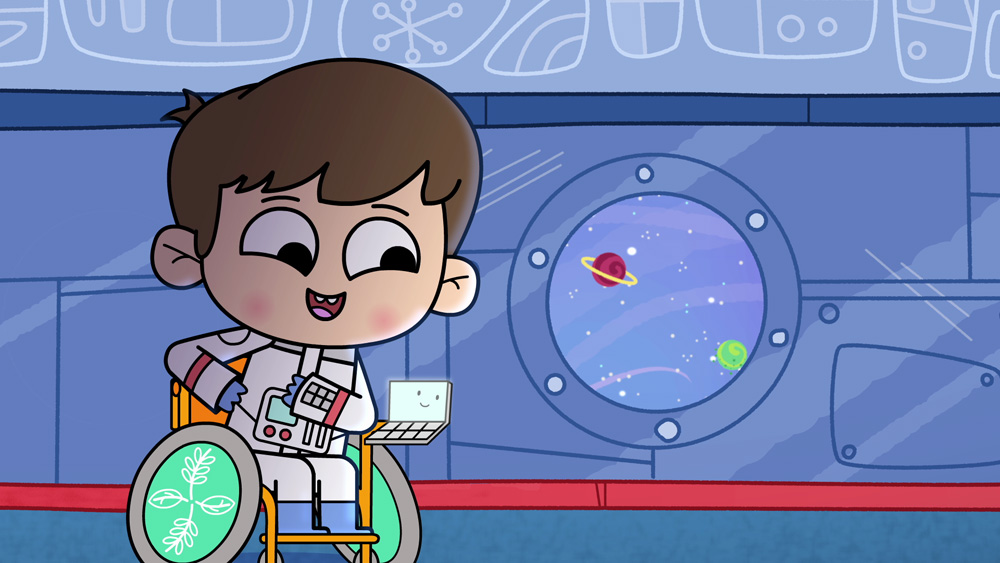