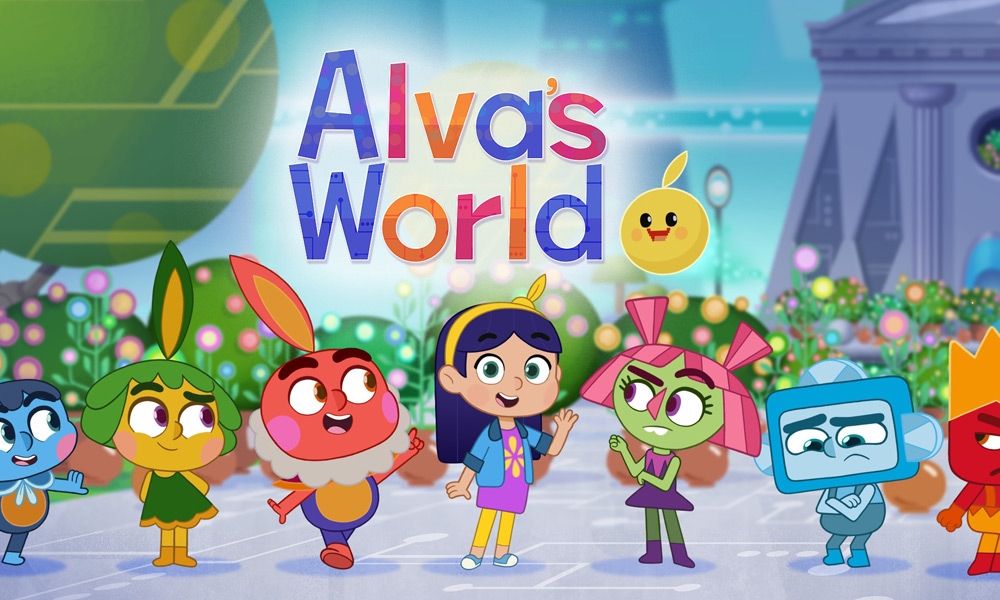 Alva’s World, a new Irish animation series which aims to teach children about online safety and empathy, premiered on RTÉjr on Monday. Created by award-winning Irish animation studio Kavaleer Productions, the series is billed as a “world’s first” for TV, as it places internet safety at the heart of programming for younger children. The series will also be broadcast on Sky Kids from October 18.

At a time when many kids are online more than ever before, Alva’s World explores themes that have been developed in conjunction with CyberSafeKids and Crandall Consulting in the format of magical tales to teach kids about appropriate behaviour online, including interaction, as well as preparing them for common childhood problems they may encounter through social media. Recent research by CyberSafeKids shows that even by age eight, almost 50% of kids have some form of internet accessible device and 45% are already using some form of social media. 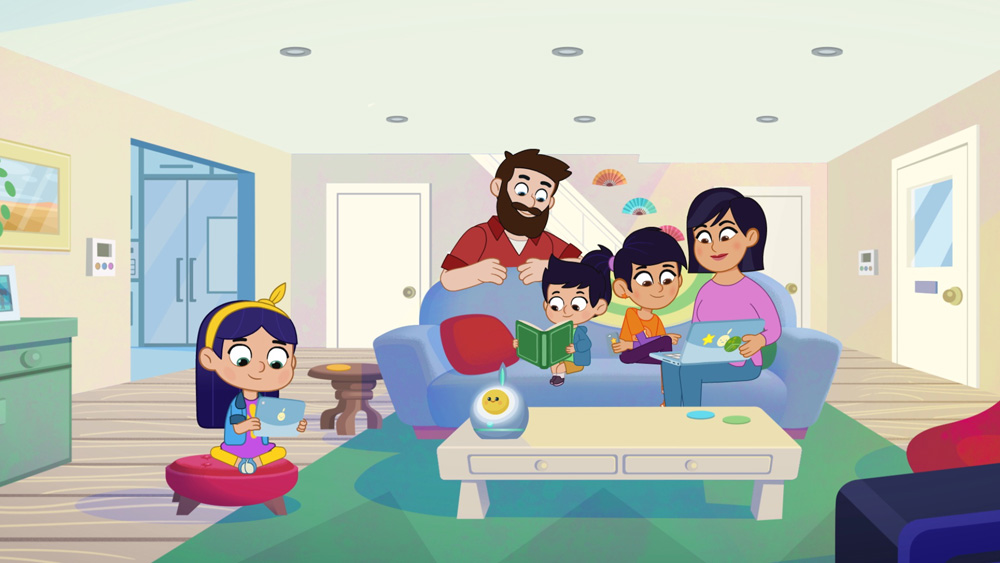 “Alva’s World is the first television series focused on providing digital water-wings for children,” said Andrew Kavanaugh, series creator and CEO of Kavaleer. “The series tackles a number of key areas, from cyber-bullying and online gaming to identity theft and current issues around COVID tracking and home learning. The characters and storylines have been developed to equip kids with the online wellbeing tools they need via safe, non-threatening entertainment. We feel it’s an important show and embodies the Kavaleer ethos of supporting young hearts and minds to thrive.”

Philip Arneill of CyberSafeKids noted, “Alva’s World is an exciting new project which we at CyberSafeKids were happy to have been able to be involved in. It’s an engaging, direct and age-appropriate way to target younger children, through a medium they love, to start developing healthy online habits and responsible digital citizenship as they begin their online journeys.” 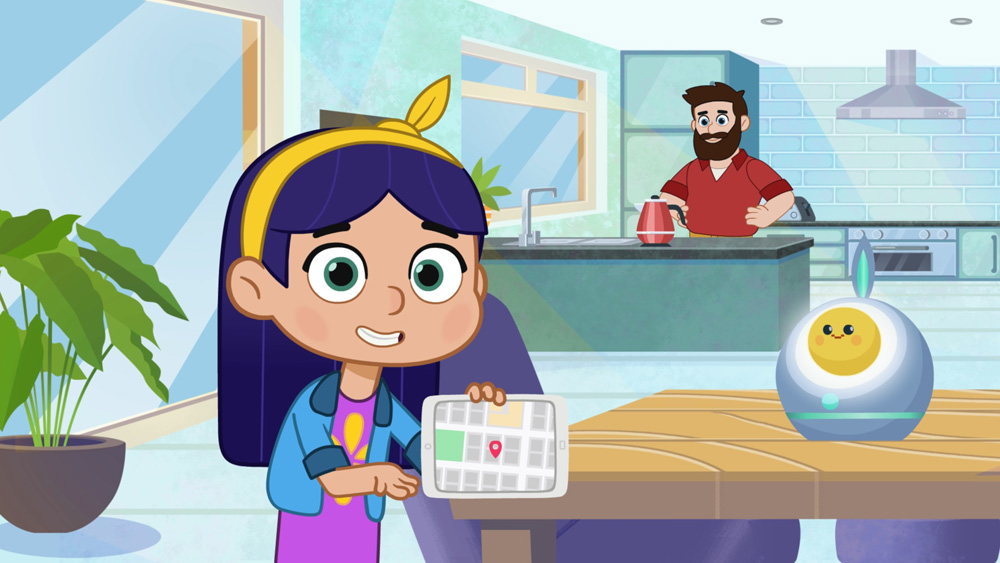 Alva’s World is commissioned by RTÉjr (Ireland) and YLE (Finland) and produced in association with Fís Éireann / Screen Ireland, The Broadcasting Authority of Ireland and B.C.P Asset Management with development funding from Creative Europe / MEDIA. It broadcasts first on RTÉjr on September 6th and Sky Kids on October 18.

Synopsis: When Alva isn’t hanging out with her digitally connected family in real life, she loves to visit the magical land of Gizmo, which is full of incredible creatures and places, and where anything is possible. You can sled up mountains, fly an umbrella up into the clouds, invent your own toy-growing trees and talk with friendly, furry beasts as big as houses! Most of all, though, Alva loves visiting her friends the Oolies, the cute, elven race who live in Gizmo. Together, Alva and the Oolies have oodles of fun, but also solve problems and overcome obstacles – every trip to Gizmo is a new adventure! But no place is without its problems – and in Gizmo, those problems are usually started by the Trolls. They delight in stirring up trouble amongst all the different communities in Gizmo, and it’s up to Alva to save the day! 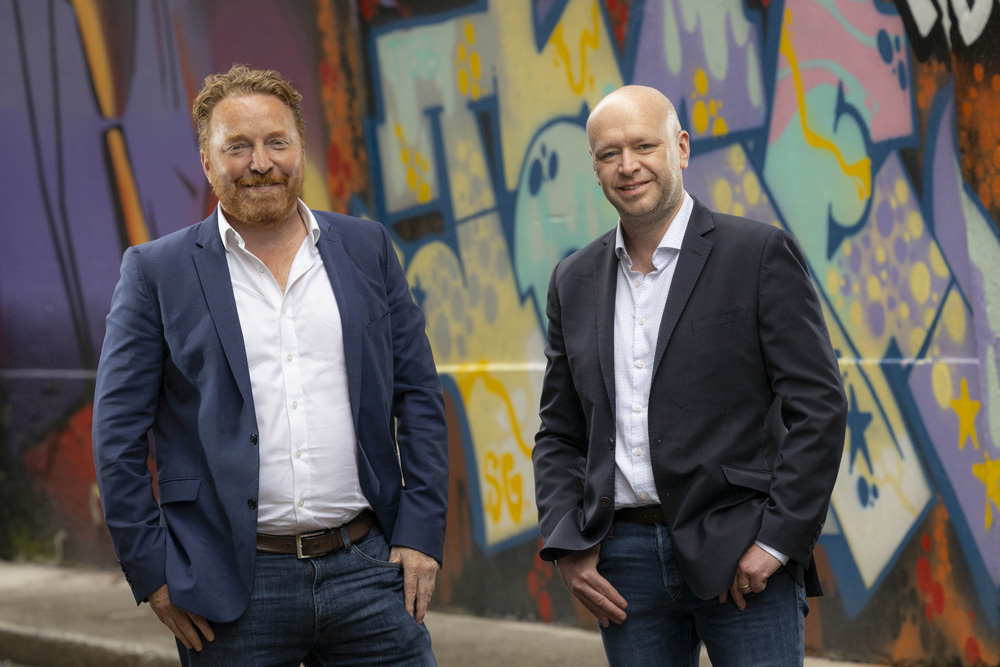