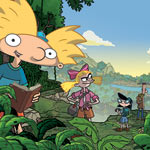 Great news for longtime Hey Arnold! fans incoming. Nickelodeon has scheduled the new TV movie for Friday, Nov. 24, 7PM (ET/PT) with an encore airing Saturday Nov. 25, and additionally at Dec. 1 at 12AM on TeenNick. Titled Hey Arnold! The Jungle Movie, the two-hour feature will depict Arnold and his friends on a trip into a deep jungle, a journey that may just result in solving one of the show’s great mysteries: what happened to Arnold’s missing parents. If you’re an Arnold mega-fan, this will leave you with plenty to be thankful for this Thanksgiving.

The movie is co-written and executive produced by the show’s original creator, Craig Bartlett, and will feature a mix of new and returning voices from the original show. Returning original voice cast members include Francesca Marie Smith (The Prince of Egypt) as Helga and Anndi McAfee (The Soup) as Phoebe. New cast members will include Mason Vale Cotton (Mad Men) as Arnold and Benjamin “Lil’ P-Nut” Flores, Jr. (Ride Along) as Gerald. The original voices of Arnold (Lane Toran) and Gerald (Jamil Walker Smith) will make appearances in supporting roles as two members of a boat crew. Famed actor Alfred Molina (Spider-Man 2, Frida) will voice the movie’s villain, Lasombra.

(Be sure to pick up the December issue of Animation Magazine to hear more from Bartlett and key creatives!)

To promote the new movie, Nickelodeon will run select episodes of Hey Arnold! every night from 12AM to 1AM on its premium channel, NickSplat. NickSplat will also run marathons of every single episode from Friday November 17 to Friday November 24 from 11PM-6AM each day.

Hey Arnold! was one of Nickelodeon’s NickToons in the ‘90s, along with Doug, Rugrats, The Ren & Stimpy Show, Rocko’s Modern Life, and others. Unlike the zany tone of most NickToons, Hey Arnold! depicted urban slice of life stories with a magical realist bent and Capra-esque stories of moral crisis, often with titular-character Arnold as the voice of reason. The show ran for 103 episodes between 1994 and 2004 and hit the big-screen as Hey Arnold! The Movie in 2002. Hey Arnold! is one of three classic NickToons properties Nickelodeon is rebooting in feature-length form along with Joe Murray’s Rocko’s Modern Life and Jhonen Vasquez’s Invader Zim. 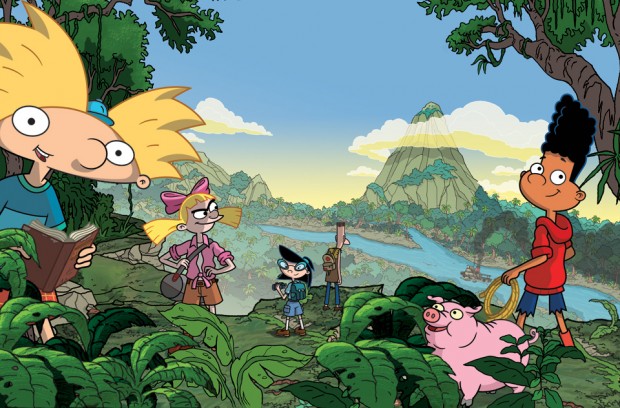