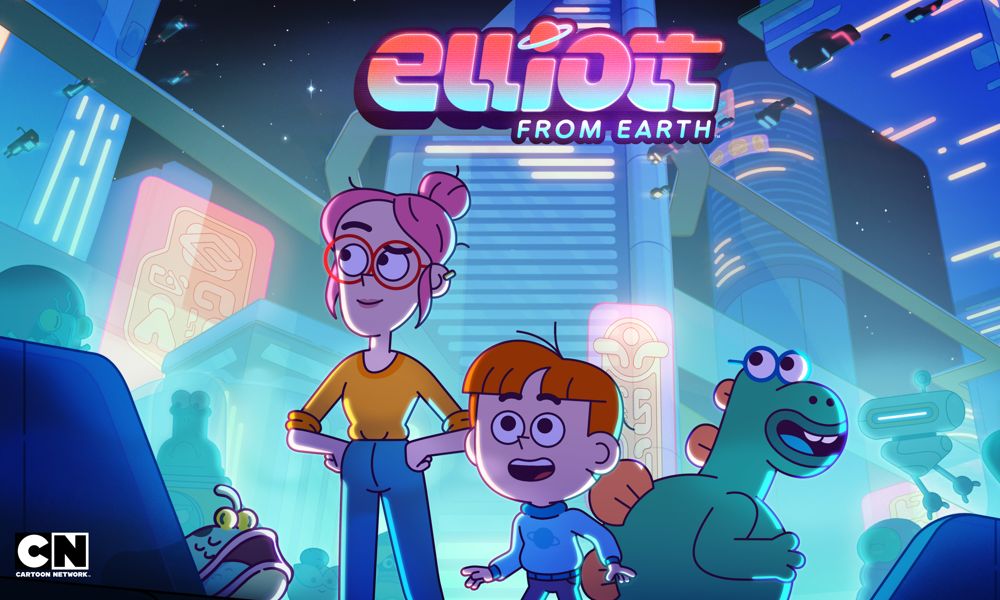 Cartoon Network’s next original comedy is ready to invade terrestrial screens! Elliott From Earth introduces Elliott, his mom Frankie and his new best friend, Mo the dinosaur, as they find themselves in space and begin an unexpected journey across the universe to discover why they were brought there in the first place.

The series will premiere in the U.S. on Monday, March 29 (9 a.m. PT/ET) with a two-week premiere event on Cartoon Network. Elliott From Earth will make its debut first in the U.K. on Saturday, March 6, and will roll out in select APAC, LATAM and EMEA territories beginning this April.

As they learn to call it home, Elliott and Mo explore the Centrium – an exciting place high up among the stars full of amazing aliens and wonderful cosmic creatures who, although different species, coexist in harmony. Elliott From Earth showcases the power of friendship and embraces the wonders of being different, open minded and accepting.

Directed by Mic Graves and Tony Hull with voices from Samuel Faraci (PAW Patrol), Noah Bentley (Dragons: Rescue Riders) and Naomi McDonald (Angelina Ballerina: Dance Around the World), Elliott From Earth is produced out of Cartoon Network’s EMEA hub, and the latest from the team behind The Amazing World of Gumball.

The first episode, “Wednesday – Part 1,” can be viewed on the CN App and VOD starting Monday, March 22. The full line-up for the two-week premiere event is:

“Wednesday – Part 4” – Lost and alone, Elliott, Frankie and Mo have to accept all the help they can get.

“Idiosyncratic Induction” – On Elliott’s first day at the Hive, he meets the most unusual characters on his adventure so far.
“Memory Mayhem” – Frankie tries to discover more about the mysterious rock that brought them to their new home, with the help of an entity called The Head.

“Inadvertent Inversion” – As Elliott, Mo and Frankie all try something new at the Hive, they find their worlds are about to be turned upside down again.

Thursday, April 1 (9 a.m. PT/ET)
“Regurgitated Reminiscence” – Elliott and Mo go to great lengths to retrieve Frankie’s old coffee machine.
“Chaotic Clumping” – Elliott and Mo accidentally take a teleporter together and find themselves closer than they’ve ever been before. Will they decide to mutually part ways?

Friday, April 2 (9 a.m. PT/ET)
“Parallel Paradox” – Elliott finds himself having to be in two places at once.

Tuesday, April 6 (9 a.m. PT/ET)
“Temporal Tedium” – It’s Fizzness Time! What does that even mean? Elliott and Mo make it their thing to find out as they meet Preston, a slow, yet hilarious prankster with a penchant for jewelry.

Wednesday, April 7 (9 a.m. PT/ET)
“Companion Confusion” – After a failed experiment in trying to find true love, Mo has to save Elliott from being sucked off the Centrium into outer space.

Thursday, April 8 (9 a.m. PT/ET)
“Melancholic Megalomaniac” – Elliott and Mo try to cheer up Lord Kallous, with the help of someone from his past.

Friday, April 9 (9 a.m. PT/ET)
“Diminishing Discourse” – Elliott and Frankie decide to tell Mo about what really happened to the dinosaurs. 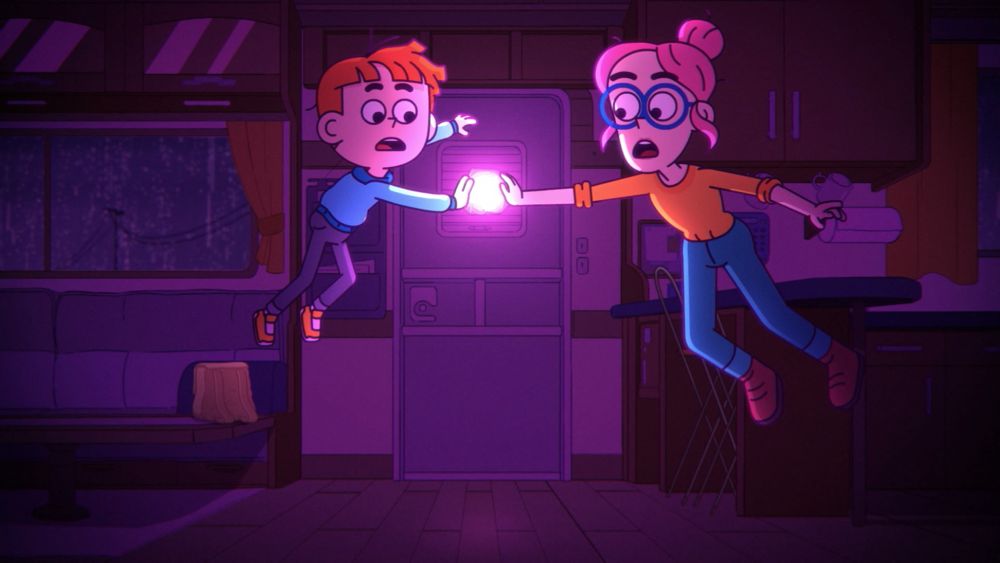