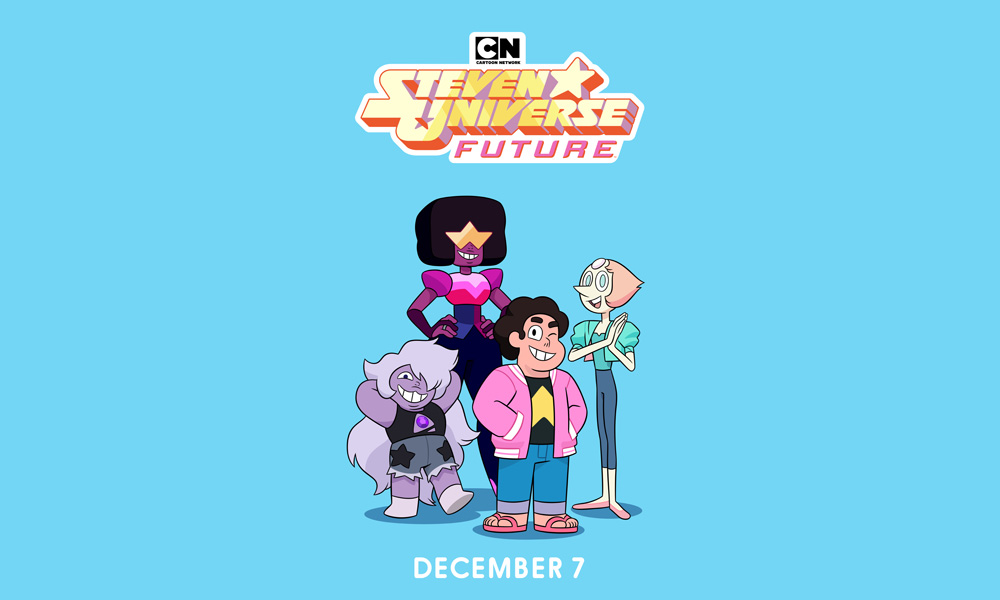 The series is created by Emmy and Annie Award-nominated writer Rebecca Sugar, and produced by Cartoon Network Studios.

In Steven Universe Future, after saving the universe, Steven is still at it, tying up every loose end. But as he runs out of other people’s problems to solve, he’ll finally have to face his own. Haunted by the past and lost in the present, Steven begins manifesting new, uncontrollable powers that the Crystal Gems have never seen from him before. What does it all mean, and what does Steven want for his future?

“Future is extremely meaningful to me because it’s a story we can only tell now, after the events of the original show, and the events of the movie. This limited series is, for many of us who have been with the crew since the very beginning, our chance to reflect and to give the last few pieces of the puzzle we’ve been designing since 2012,” said Sugar. “But it’s also our chance to look forward, to work with new artists and writers and feature their voices within the Steven Universe universe. I’m so grateful to the team that came together on Future, and so excited for the world to see what’s next for Steven Universe.”

Since its premiere in 2013, Steven Universe has been passionately championed by fans and critics who praise the series for consistent themes of diversity, inclusion, unconditional love and support. The series made history this past March as the first animated show to be honored with a GLAAD Media Award for Outstanding Kids & Family Programming. In April, the show received the Peabody Award, which highlighted the series’ themes of empathy and earnestness. Last summer, Steven Universe continued to break ground in celebrating a same-sex wedding ceremony between two of its beloved characters, Ruby and Sapphire. The episode “Reunited,” was deemed one of the best animated episodes of 2018 by Entertainment Weekly, and “one of the most earnest and openhearted … wedding ceremonies in animation history.”

The first five seasons of Cartoon Network’s Steven Universe followed Steven, the “little brother” to a team of magical aliens — the Crystal Gems — who defended the planet Earth. Steven is the son of the Crystal Gems’ late leader Rose Quartz and aging aspiring rockstar Mr. Universe. He belongs everywhere and nowhere and has inherited his mother’s Gem and her magical powers, but also his father’s humanity and charm.

Fans can catch up on Steven Universe on the CN App and VOD and get Steven Universe The Movie on DVD now. Additionally, the movie’s expansive vinyl soundtrack is currently available for purchase via all major retailers, in a deluxe and standard version