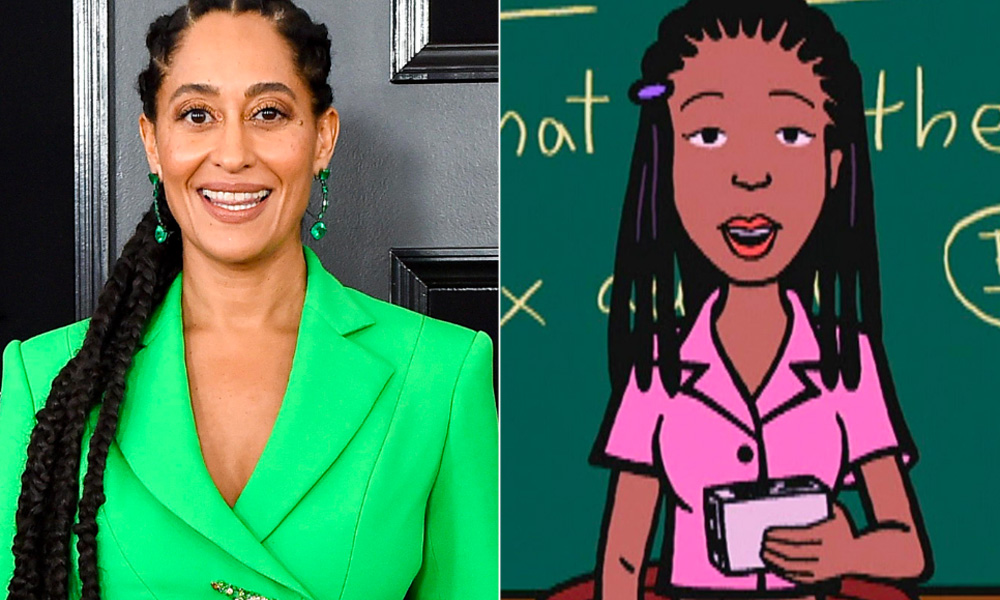 Actress Tracee Ellis Ross talked to Vanity Fair about the upcoming spinoff of beloved ’90s animated series Daria. The three-time Emmy-nominated actress Ellis Ross (Black-ish) told the publication that she jumped at the chance of developing a reboot seen through the eyes of Daria’s friend Jodie Landon for MTV. “I was in before we even sat down,” she said. “They felt that I would be the right voice to being Jodie to life, and I was like, whaaaaaaat? It was the perfect mash-up of all of the things that I want represented in the world.”

The new series, which will be called Jodie is the first spin-off planned by the cabler by MTV, which itself was a spin-off of Mike Judge’s Beavis and Butt-Head. “MTV was getting a lot of flak for not really representing women on the air, outside of Spring Break,”  says Tracy Grandstaff, the actress and writer who voiced Daria during its run.

At the end of the original run of Daria, Jodie decided to attend a historically black college instead of an Ivy League university.“ Jodie was woke before woke was a thing!” added Ross noted. “To have the sidekick character move to the forefront is a real metaphor for what is happening in our culture,” Ross said. The actress also pointed out that there hasn’t been an adult animated show centered on an African American female character for more than a decade. “Allowing in those voices that have been pushed to the fringes, that have lived full and extraordinary lives on the edges of what culture has deemed as popular—it feels exciting and apropos.”

Jodie is created by Grace Nkenge Edwards (Insecure, Unbreakable Kimmy Schmidt) who also serves as head writer of the show, which finds the main characters entering the working world after college. Ross noted, “Jodie will navigate through all of these different areas, from tech culture to call-out culture to how race and identity makes its way into the workplace and how you start to explore identity when you are becoming an adult, when you’re no longer in the safety of your parents’ home.”

MTV’s president Chris McCarthy mentions that fans can see Daria and other familiar faces from the Daria-verse showing up on the new show. “There will definitely be cameos,” Ross promised. “We have definitely discussed the idea of Daria making her way through. With Grace and Tracee, we have an incredibly powerful team here to reinvent this franchise.”