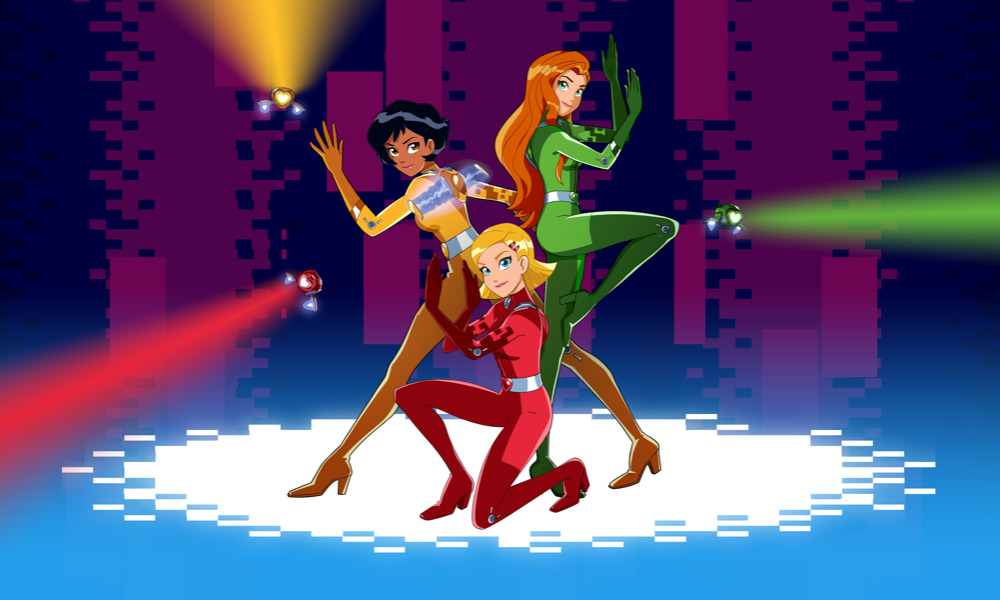 Paris-based Zodiak Kids and Family Studio France, part of Banijay, today announced that it has secured a brand-new co-production for its long-running international hit Totally Spies! The series will return for a seventh 26 x 22′ season in 2023, a decade after the last season aired.

Stephane Berry, who has directed five of the six previous seasons, returns to the helm for the iconic trio’s return. Pre-production for season seven is now underway in France, in partnership with Ollenom — the recently launched studio division of Monello Production. Gulli (M6 Group – France) and Discovery Kids LatAm are on board as commissioning broadcast partners.

Totally Spies! has enjoyed global success and been broadcast in over 190 territories with it still reaching new audiences 20 years on from its first broadcast. It has also generated a huge digital following with 300 million hours streams to date and amassing 1.8 billion views.

The series ran for six seasons between 2001 and 2013 and followed the hilarious adventures of Sam, Clover and Alex — three Beverly Hills girls who were hired as secret agents by WOOHP (The World Organization of Human Protection). Now they’re back for a seventh season, which sees them move to a new city with new friends and facing all-new villains from around the world — all while juggling their double lives as super-spies.

“It is an honor and a huge responsibility for us to produce a new season of such an iconic series,” said season seven producer Benoit Di Sabatino (Code Lyoko, Titeuf: The Movie). “We have developed the new season internally with Gary Milne our head of development. I am so pleased to collaborate with the Totally Director! Stephane Berry and very thankful to our partners M6/GULLI and Discovery Kids LatAm.”

Berry commented, “Totally Spies! is a unique phenomenon, and 21 years later, they are still on screen and in our hearts. The girls who have been loved and adored by several generations are back for more international adventures with the same energy, sense of style, incredible accessories, cult one liners with more exuberance and fun than ever. With the same enthusiasm and passion, and a team that have grown up with the coolest spies in the world, I’m back on a mission for 26 brand new adventures packed with new surprises.”

Zodiak Kids and Family Distribution will own all international broadcast rights to the new series.