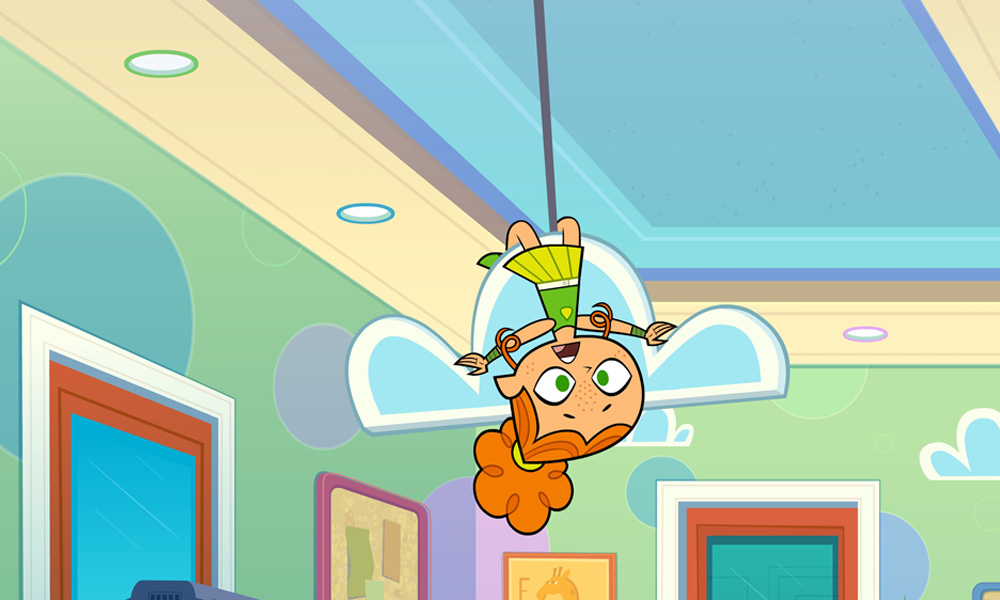 ***This article originally appeared in the November ‘18 issue of Animation Magazine (No. 284)***

Has it really been more than 11 years since Fresh TV’s hugely popular animated series Total Drama premiered on Teletoon in Canada? Created by toon veterans Tom McGillis and Jennifer Pertsch, the show was billed as the first animated reality series for tweens and gained a huge audience worldwide, and it still delivers huge ratings in 260 countries (distributed by Cake Entertainment globally).

This fall, Total Drama fans will get the chance to see a new series featuring the same cast of characters — as toddlers. That’s right! Owen, Courtney, Jude, Duncan, Izzy, Beth, Leshawna and even Chef Hatchet will be enjoying a wild series of misadventures in this 52 x 11’ show, which is called Total DramaRama. The unpredictable prequel will even feature cameos by characters from the creators’ other hit show, 6Teen.

“The team at Cartoon Network in the U.S. actually initiated this whole new venture,” says Tom McGillias, show co-creator, exec producer and president of Fresh TV, whose many credits include 6Teen, Stoked, Grojband and My Babysitter’s a Vampire. “This was new to us, because in the past, the initiative came from Canada. What was interesting is that there’s a close brand affiliation between Cartoon Network and Total Drama.”

According to McGillis, for some reason, even very young kids believe that Total Drama is a Cartoon Network original show. “They did this test, where the young viewers had to match the logos of the shows with the channels they aired on,” he explains. “The kids were getting SpongeBob and Dragon Ball wrong, but they got ours right! I thought it was so flattering that my whole team was able to give the Cartoon Network brand a big hug.”

Basically, the goal was to find a way to bring the show’s first season characters back in a new way. Cartoon Network originally wanted to make the cast about 11 years old, but McGillis and his team suggested making them a lot younger. “We knew that if we made them 11-year olds, it would really limit the number of stories we could tell, but when you turn them into preschoolers, it lights things up. Duncan was a juvenile delinquent, Gwen is a four-year-old Goth girl — it just made us laugh our butts off at them.”

Then, there was the name. For a while, the show was conveniently called Total Drama Daycare, but that was a bit problematic. As McGillis explains, “Total DramaRama was actually the fifth title we considered. We just didn’t want young kids to mistakenly think they show was preschool and avoid it. So, that’s why we went for a more ‘mysterious’ title!”

Just like the original series, the animation for the project is handled by Toronto-based Elliott Animation, which is headed by George Elliott and Brian Irving. McGillis says the team has really perfected the art of using Flash and After Effects technology to deliver wonderful animation. “They use the same tools that they did a decade ago, but with the passage of time, they have really mastered the art of making the animation not look like Flash,” he notes “The animation is smoother, snappier, and I think our viewers will notice that.”

McGillis is equally pleased with his DramaRama crew. “What’s really great is that both our animation supervisors are women, and we have a large female contingent throughout,” he notes. “Many of our animation team are female graduates from Sheridan College. In addition, two of our directors — Keith Oliver and Chad Hicks — and many of the storyboard artists also worked on the original series.”

The show’s writers are also deeply steeped in all things Total Drama. Led by McGillis and Pertsch, the room includes Terry McGurrin, who voiced Jonesy on 6Teen, and Alice Prodanou, another Fresh TV veteran whose credits include Total Drama, 6Teen and My Babysitter’s a Vampire. “We do chunks of eight scripts at a time,” says McGillis. “There’s six writers, and we don’t have doors on our boardroom, so we are constantly cracking jokes and laughing.”

One of the biggest challenge for the writing team was the new format, which was radically different from the previous seasons. “We moved from half-hour to two 11-minutes,” says McGillis. “We aged them down, but that wasn’t difficult at all. The relationships are still the same. We removed the challenge, so the gameplay aspect is totally gone. That used to be the main template for our storytelling, so we had to find a new way of telling stories. What we found out was that the new show is really a workplace comedy. It’s all about toddlers stuck in the same room.”

The prolific Toronto-based writer-producer says the new series has taught him to loosen up a little bit more when coming up with storylines for the beloved ankle-biters. “With this show, we can have aliens or weird animals showing up, which is something we wouldn’t normally do with the previous seasons of Total Drama!” McGillis admits. “I learned to go to Crazy Town a lot more!

He adds that he was really impressed by the show’s character designs. “Season one had about 22 characters — and all of them had this Flash-friendly style. We went up to our amazing design supervisor Faruk Cemalovic and asked him to make the characters younger. He came back only a week and half later, and gave us eight fantastic designs that were cute and hilarious and really popped. When we showed the designs to Cartoon Network, everyone immediately got it.”

McGillis, who is also developing a new series based on wunderkind animator Joshua Slice’s CG-animated web phenom Lucas the Spider, says he loves working with amazing, talented creatives who love animation and the possibilities of the medium. “We actually joke that we feel that the clock has turned back 10 years. Financing is always hard, but for Total DramaRama, both Corus and Cartoon Network came in with very strong support, because it was a franchise that worked for both of them. It feels like the old days again since so many of the cast and crew are back!”

As he gets ready to wrap up our Skype interview, McGillis notes, “I don’t want anyone to learn about the meaning of life from our show. I just want to make people laugh. It’s a younger audience this time, and I hope we get a whole new generation of kids to laugh their butts off and learn to love these characters!”

Total DramaRama airs on Cartoon Network (U.S.) Saturdays at 9:30 a.m., and on Teletoon (Canada) Sundays at 6 p.m. CAKE announced from MIPCOM that Canal+ will debut the series in France next year.

When ‘6Teen’ Kids Got Woke!

When Tom McGillis and Jennifer Pertsch aren’t coming up with zany situation comedies for the preschool cast of DramaRama, they strive to make a difference in the world around them. In September, they launched a clever public service announcement featuring the cast of their popular animated series 6Teen, which originally debuted on Teletoon and Cartoon Network in 2004. “Jennifer and I were inspired by Will and Grace’s pre-election video, which encouraged people to vote, so we decided to reunite everyone from the 6Teen series to do the same,” says McGillis. “We put in about $100,000 of our own money and came up with a seven-minute scene that invites young people to get involved politically.”

The PSA finds the 6Teen gang sitting around and debating about whether they should register to vote, since they have all turned 18. “The eight- to 12-year olds who watched the show when it originally aired on Cartoon Network are all voting age today. So we wanted to come up with something that was wall-to-wall jokes and original, and invited them to participate in the political process. The statistics show that there will be a huge increase in first-time voters this year, especially after the Parkland shootings. There is a lot of youth awareness, and we want to inch it up even more. We are hoping to get the power of 6Teen nostalgia to motivate young people to vote!” 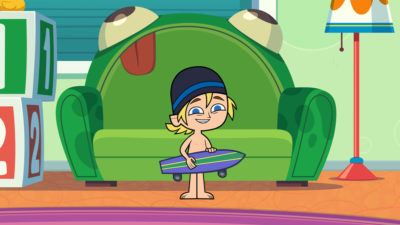 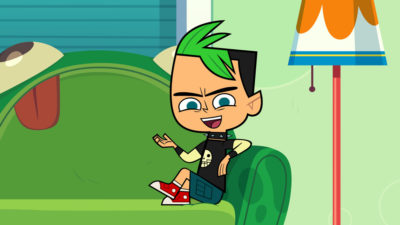 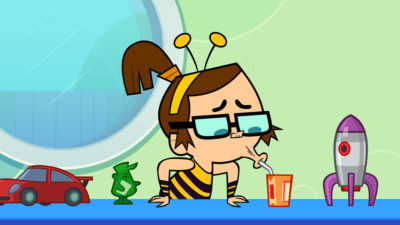 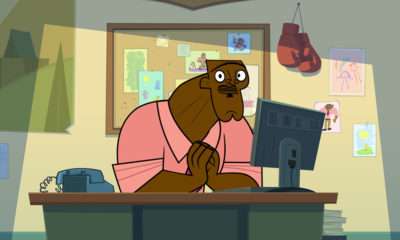 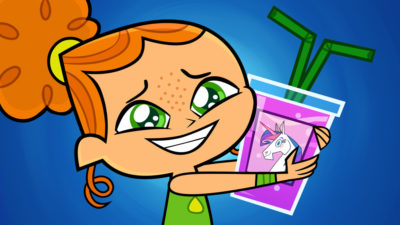 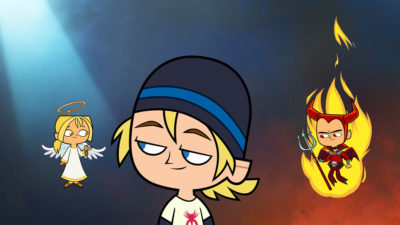 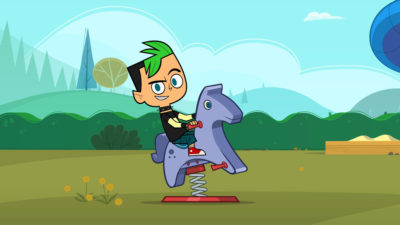 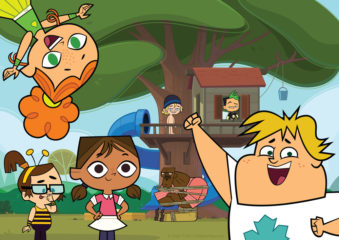